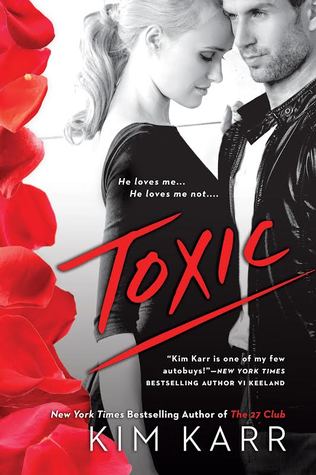 Warning reading Toxic may keep you Up All Night and ignoring the laundry well into the next day.

For me, this book had a brat pack feel to it, particularly St. Elmo’s Fire. I loved all of the relationships. I loved Phoebe’s friends including her 70 year old neighbor. And mostly I loved Jeremy and Phoebe. They had a chemistry that was both Toxic at times and off the charts hot at other times.

This was one story where at the very end, I thought that perhaps it was going to end a different way.

I think the beauty in Kim Karr’s writing is that she had a lot happen here. There was a great pace and a really well thought out, interestingly developed story. When the climax happened I felt it. My heart was thrumming and breaking and I was rooting for Phoebe and Jeremy

I am loving Jeremy, he is a refined bad boy! Did someone inspire him?

I love to hear you say that!!! None of my male heros are inspired per se by anyone. They are always a mix of characters I like or find appealing blended with a little bad so they aren’t so perfect.

This feels like a modern day brat pack in some ways. I love all of your sub-characters. Who was your favorite to write about?

That is an amazing way to describe it. Jamie. I love, love, love him. Now, I have to confess that I did get his love for supermodels from Adam Levine so in that way Adam Levine inspired a part of his character.

With Phoebe’s family the way they were how do you think she stayed so grounded?

Personality. I believe people are born with their personality and who they are isn’t necessarily changed by their environment.

Phoebe and Jeremy’s ride isn’t easy- was anything hard for you to write? Do you get emotionally involved with your characters?

YES. YES. YES. Breakup scenes and conflict are the hardest by far. Tearing them apart killed me. I often found my heart stilling and tears escaping from my eyes.

What’s next for you Kim?

Super excited for what’s next. I have already written my next two books, which I haven’t announced titles yet. Both center on a secondary character from Toxic (not James) but the story is in no way like Toxic. It takes place in Boston and is different from anything I have ever written. 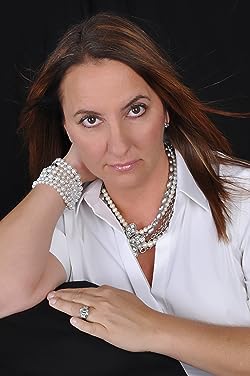