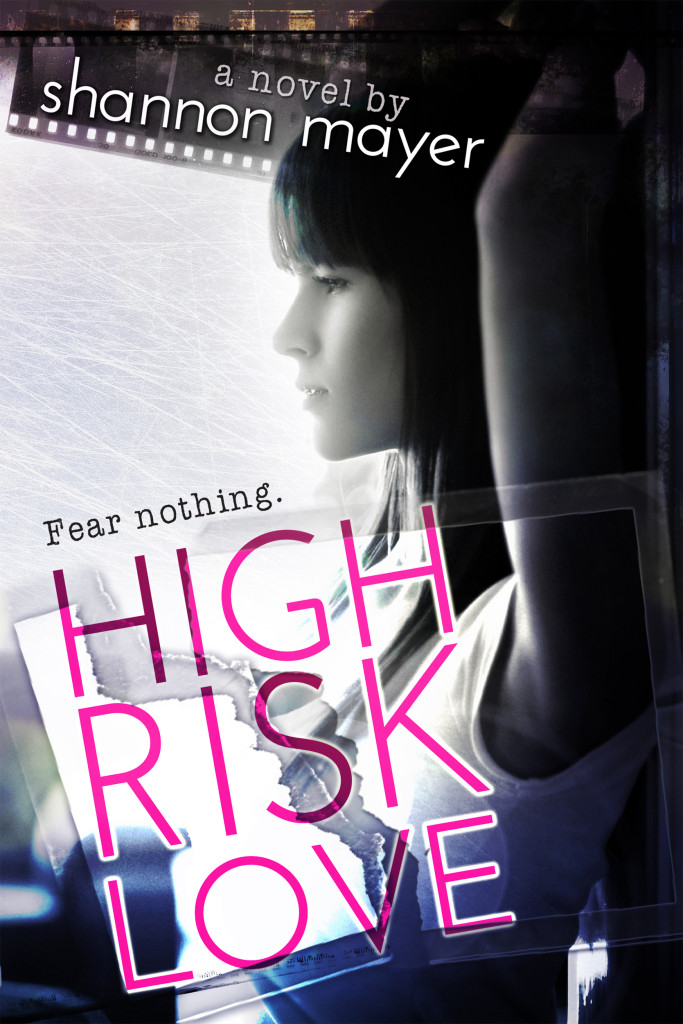 This is how I experience my life. I’ve hidden behind my camera and viewed the world through the lens. I watch other people live their lives. I’ve given up on my dreams, and sheltered my heart from love; because both have given me nothing but pain. Even thinking about opening myself up, sends my fears into overdrive. It’s better to be safe, than to take a risk and have your life shattered into pieces alongside your heart. This is what I believed.

I live for the rush of adrenaline I get when I work my stunts. Nothing else matters but the feel of my heart pounding when I challenge the line between life and death. Women are nothing more than a distraction; they use me for my connections, as I use them to escape the pain of my past before moving on to my next adrenaline fix. My life is consumed with excitement, danger and risks—it’s all I needed.

Jasmin and Jet will face off over photos, stunts and the truth hidden in their hearts.  The last person Jasmin wants to be with is a man who takes life for granted.  Jet wants to give his heart to no one; especially one who might not understand the secrets that haunt him. Despite their protests, Jasmin’s and Jet’s lives tangle; the threads of love and fear bind them. Between their passions and their pasts, they fight to hang onto each other . . . but will the stakes be too high when faced with the ultimate sacrifice?

Her eyes narrowed. “You aren’t getting into my panties, no matter how much you flirt, no matter how long I’m here. Again, I’m sorry, I’ll go and you can go back to your life as it was.”

“I know I’m not getting into your panties, all right? I know that.” And I did. She wasn’t the kind of girl to buckle to some pressure. I could see that strength in her.

We stood like that, staring at each other, weighing the words between us. Finally, she gave me a nod, dark hair spilling around her slim shoulders. “All right, if you’re sure. Then okay. I’ll call my boss back and tell him that I was mistaken.”

She picked up her phone, dialed and was speaking to her boss within a minute. I moved deeper into the room, closer to the glass door that led onto a balcony, not unlike my own hotel room. On the edge of the dresser was a book that read “Portfolio.” I flipped it open, stunned by the page I’d opened to. A young man, probably about my age, with dark hair and green eyes just like Jasmin’s, stared up at me, past me, through me as if he were in the room. Shit, the girl had talent. This must be her brother. Ryan . . . Was that his name?

The phone gave a beep as she hung up and I closed the book, turning to face her.

“Tina. I only kissed her to make you jealous, Spitfire.” This was much safer territory.

Jasmin’s lips quivered and she put a hand on her hip. “And do you think it worked, your jealousy tactics?”

A shot of pure pleasure zinged through my entire body, tingling through every sense I had, as her voice curled around me. There was a subtle difference now. When we’d been with Hugh, she’d been open and honest, laughing with us over things most women would have slapped us for. Now, there was a hesitancy, an uncertainty that only made me want her more. She was the good girl, the sweet one I knew I shouldn’t even take a shot at. But I was going to anyway—because doing so was safer than the past, safer than thinking.

“I’m hoping they worked, at least a little.” I started toward her, each step heightening the anticipation.

Jasmin didn’t move away as I approached her, didn’t pull from my touch as I ran my hands up and down her arms, feeling her soft skin quiver under my hands. “She isn’t my type, anyway.” I smiled down at her. “Did I tell you I have a thing for green-eyed girls?” My lips were just above hers, breathing in as she breathed out, tasting her even before I kissed her.

“Really? I bet you say that to all the girls,” she said, but didn’t pull away. Our lips were brushing against each other now, but still, I didn’t kiss her.

“I’m not a good guy.” Where the fuck had that come from? Wasn’t I trying to convince her to sleep with me even though I knew she wouldn’t?

She licked her lips, which meant her tongue danced along my mouth in a tantalizing movement that made me groan.

“I could lose my job,” she said, but again she stayed where she was. I circled my hands around her waist, slid my hands down until I was cupping her sweet cheeks through the thin sundress. I worked the material upwards until my hands were under her dress, feeling along the edge of her satin thong, dipping my fingers along the crevice of her tight ass. She sucked in a sharp gasp, and I leaned her against the bedside table, pressing myself into her.

Her hands slipped over my shoulders and down my chest, stopping at my pecs. She fingered the nipple ring, sending a dangerous spike of pleasure though me. “You’re going to get yourself killed one day.”

I licked my lips, emulating her, tasting her skin ever so briefly. “You deserve someone better than me.”

She bit my upper lip, sucked it into her mouth, and then let go before I could respond. “I can’t. I can’t lose my job. No matter how bad I want . . .” Her hands were no longer pulling me close, but pushing me backward.

I let her. My Spitfire was right. We were so wrong for each other. She was smoothing her hair back and gave me a smile, soft and sad. Like she was regretting being an adult, doing the right thing. Hard, so hard, to be a grown up.

Well, I had never been known for being adult-like. Fuck it.

Tangling my hands in her hair, I tugged her to me. She stumbled and I caught her lips with my own, murmuring between breaths.

“Just a kiss. Nothing more. I promise.”

Sweet and hot, she opened up to me, her hands sliding up under my t-shirt tracing my muscles and scars. I buried myself in her, putting every emotion I had into the kiss, giving her everything I had. I held her, breathing her in as if my life depended on it, feeling her give back to me the sweet urgency of one grasping for a life line. Sweet Mary, I was going to lose it without even getting her naked.

Still holding her face, I turned to whisper a lie in her ear. “See, just a kiss.” 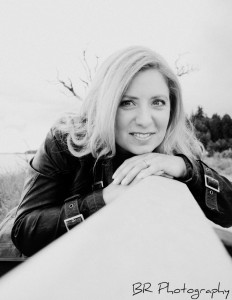 Shannon Mayer lives in the southwestern tip of Canada with her husband, dog, cats, horse, and cows. When not writing she spends her time staring at immense amounts of rain, herding old people (similar to herding cats) and attempting to stay out of trouble. Especially that last is difficult for her.

She is the author of the The Nevermore Trilogy, The Rylee Adamson Novels and the Celtic Legacy series. Her first New Adult Romance, High Risk Love, is scheduled for release July 1, 2013. 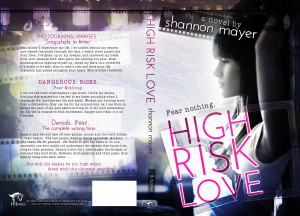