I am a HUGE Mandi Beck fan, so when this was announced, I was so on board with it. I had read it previously in the Team Player Anthology and when I heard she was adding more and an extended epilogue I jumped for joy!

Mandi writes amazing, believable, relatable stories and this one was exactly what a needed.  I am a sucker for sports romance and a hot, sweaty hockey player?  Yes, please!

Mandi Beck makes no secret of her love of hockey, and this story allowed her to live out her hockey dreams in her mind. Jason and Stella, two characters who you would want as your friends.  Sparks fly from the moment they see each other and when Jason takes Stella to the “penalty box”, she experiences something she never thought she could/would.  Jason is such a good guy, and just one time he’s an absolute jerk at the worst possible moment, but he does one hell of a job redeeming himself.

Sweet, sexy, hot and I loved every second of this!

**Previously included in the Team Player Anthology, released now with added content and an extended epilogue!
They say age doesn’t matter. I could argue that it does. The ten years separating Stella Cruz and I matter a whole hell of a lot.
She has a year of college left—two entire semesters to enjoy being the star pitcher of Fulton University—and I have another Cup to win. Hockey leaves no room for anything else, not even someone as incredible as Stella. So, I left her in my bed. Out of sight, out of … sight. Because I damn sure can’t get her out of my mind.
Everyone says time heals all wounds. That’s a lie. Six months ago, Jason Dagger left me in Boston after one of the best weekends of my life. Shut me down when I tried to reach out. He didn’t call, didn’t text, didn’t even wave at the camera when it panned over to him during one of his hockey games. Nothing … until he shows up at my job one night demanding and sexy.
Jason’s back and he’s not making anything easy for me. I don’t know if I’m happy or mad about it. 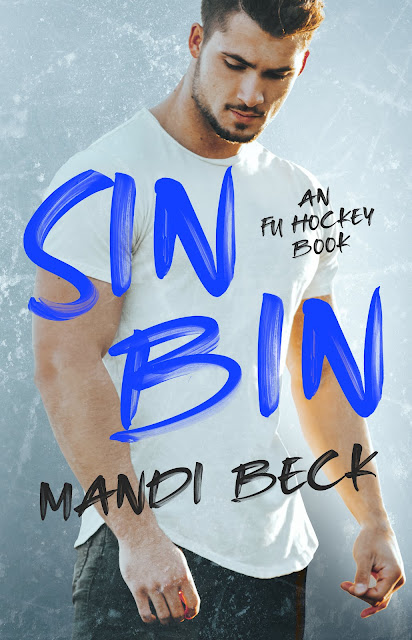 Diary of a Book Fiend: “Cute Novella that packs a lot of steam. The chemistry is off the charts between Stella and Jason.”


Words We Love By Blog: “The attraction between Jason and Stella was palpable and felt immediately!” 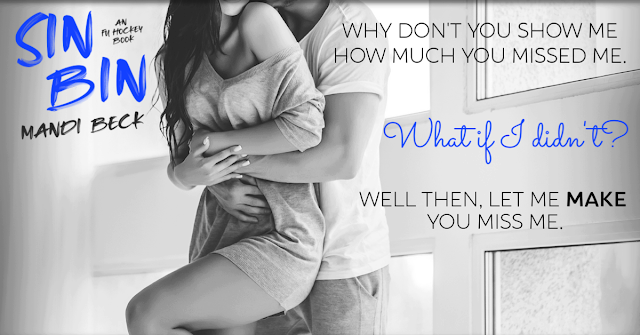 Mandi Beck has been an avid reader all of her life. A deep love for books always had her jotting down little stories on napkins, notebooks, and her hand. As an adult, she was further submerged into the book world through book clubs and the epicness of social media. It was then that she graduated to writing her stories on her phone and then finally on a proper computer.
A wife, mother to two rambunctious and somewhat rotten boys, and stepmom to two great girls away at college, she shares her time with her husband in Chicago where she was born and raised. Mandi is a diehard hockey fan and blames the Blackhawks when her deadlines are not met even though her favorite hockey player calls her…mom.