Up All Night Book Blog is a huge fan of A.M. Hudson’s The Dark Secret Series and we are excited to share with you a sneak peak at Echoes & Silence, 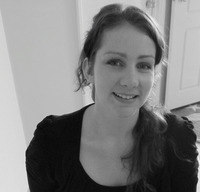 A. M. Hudson loves her life in Australia and, despite wishing it would snow at Christmas, couldn’t imagine living anywhere else in the world.
She fell in love with her husband at just sixteen, and since then, has added three boys to the mix.

A. M. prides herself on writing the shocking, the depthy and the highly-emotional subjects other writers steer away from. She addresses the uncomfortable with conviction and enjoys taking stories down dark paths.

Some of her heroes are Stephen King, Walt Disney, Hamish and Andy, Muse and 30 Seconds to Mars, and with influences like these, one can only imagine what stories will unfold.

When she’s not writing, A. M. reads books, watches movies and chats with fans on Facebook.