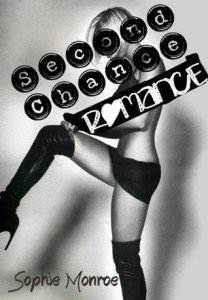 We are excited to be a part of the Second Chance Romance blog tour!

For a chance to win a copy of Second Chance Romance, there’s a giveaway going on over here: http://www.rafflecopter.com/rafl/display/7cff5621/

For more stops on the tour, check out http://smardy-pants.blogspot.com/2013/02/second-chance-romance-by-sophie-monroe.html

Julia Kline, known by her friends as Jules, had a rough time growing up with a dad that travelled constantly and a mom that was anything but a mother.  When she’s six she meets her new neighbor Noah Sinclair. The pair quickly become best friends. He looks after her and when they’re teenagers their relationship turns romantic. They didn’t account for Jules’ malicious mother stepping in and tearing them apart. Leaving Jules broken hearted.

Present Day:
Jules is going for her master’s degree and working as exotic dancer at a high-end gentleman’s club to pay for it. She lives with her best friend from boarding school Ellie, who’s also a dancer. When her boss informs them that the club has been rented out for a bachelor party she thinks it will be just like any other night until she walks out on stage and sees Noah Sinclair. The boy that broke his promises and her heart. To make things worse he’s the bachelor. He tries to get her to talk to him but she’s stronger now and blows him off. But he wants answers too. Throw in a crazy fiancé, a couple of hilarious best friends and enjoy the ride. Will Noah and Jules get their second chance or will the past decide the future?

Such a sweet escape into Noah and Jules’ story about second chances, soul mates, and learning to love again! I loved Jules and Noah! She is this strong, independent, and feisty woman that has taken some hits but keeps going. Noah is delectable and knows exactly what he wants – Jules – and tries to do anything he can to keep her the second time around. Yet throughout my heart kept hurting thinking, ‘will these two ever have their happily-ever-after?!’ I loved the best friends – Jackson and Ellie – and loved to hate the fiancé and a few others that I met along the way. In the end this is a feel-good story with twists that made my heart ache for Jules and Noah while rooting for their HEA.

Small note on editing: A couple of times it was a challenge for me when I noticed words that were ‘extra’ or seemed to be missing. It did not detract from the story, just slowed me down once or twice.

Sophie Monroe is a New Jersey native just starting out her writing adventure. She has always been a night owl with a creative side. Her books often reflect both her sense of humor and sarcasm.

She tries to communicate on the fact that “life’s too short” in her stories. Bad things happen in life it’s inevitable, but pick yourself up and dust yourself off and move forward. Nothing can hold you down, unless you choose to let it.

She also loves to incorporate meaningful quotes that she hopes will inspire her readers (or at least give them a good laugh.)