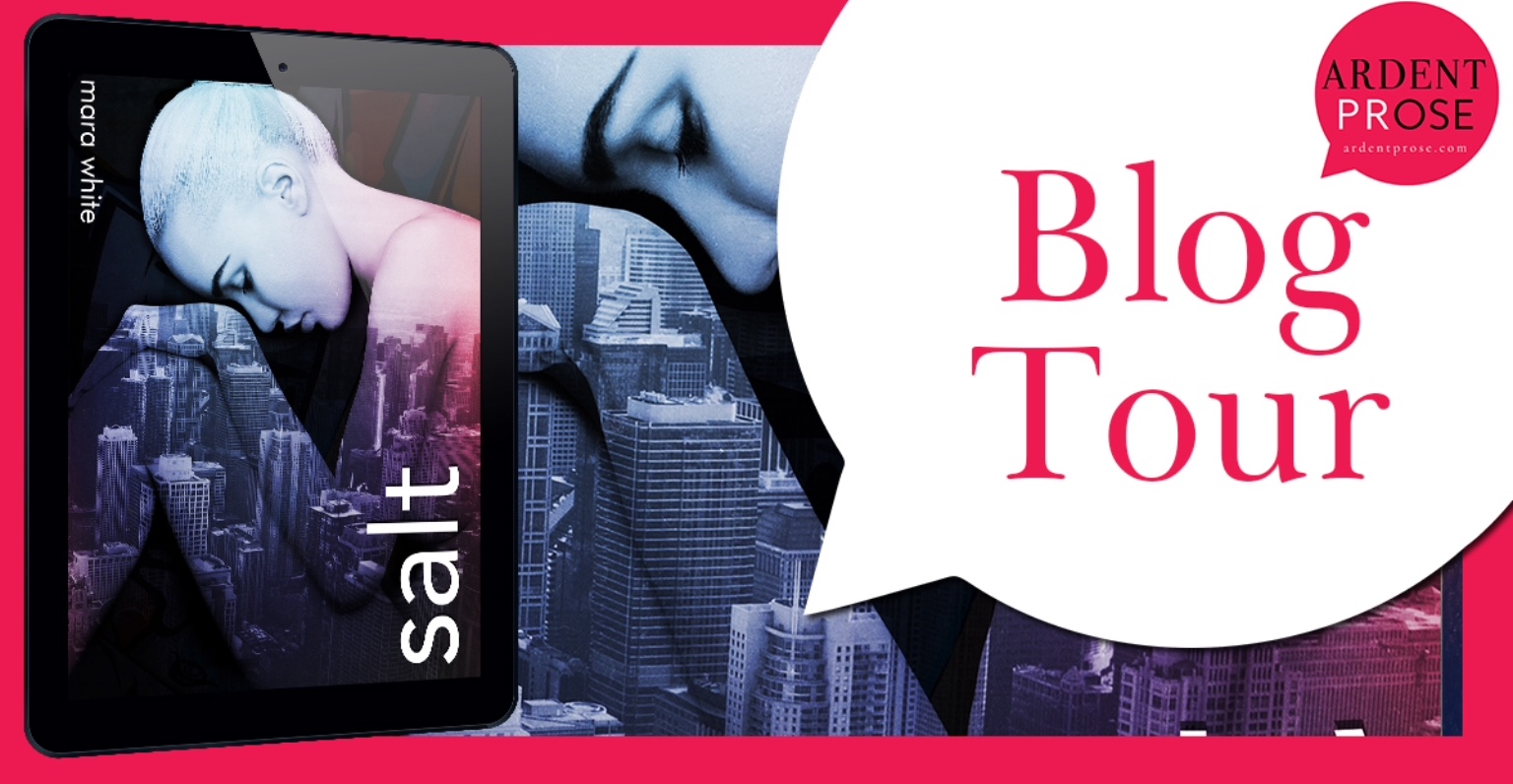 Salana Livingston did everything right, from taking her multi-vitamin to kneeling before bed to say her prayers every night. She followed the path her parents had planned before she was born, never questioned the role until the day a bus-load of sweaty kids from the Bronx got dropped at her parent’s horse farm.

Tiago Alcazar knew a life of hard knocks. An incarcerated father, a missing and strung-out mother who left him to rely on his aged grandmother for most of his life.

Tiago runs the mean streets of the neighborhood that raised him, living hand-to-mouth, everyday a gift, if he can just make it.

Burdened by a world that only wants to see her as perfect, Salana finds her greatest confidant in a boy society has labeled as worthless. Their paths cross too many times for their stubborn hearts to deny the connection, but can the delinquent and the debutant defy the odds and overcome the social constructs that condemn them?

Salt is not for the faint of heart. It is deep. It is beautifully written. Packed with emotions. Early on I wanted to stop reading but I realized that it wasn’t because I didn’t like the book. It was because of the emotional journey it was taking me on. My feelings were all over the place. It was intense, raw, gritty, and sad. I loved the way Mara White developed the characters. So much went into this story! It is told over ten years. The evolution of the main characters is cathartic.

Salana Livingston is a “privileged” teen from a wealthy family in Connecticut. Her family owns a horse farm that hosts The Fresh Air Fund kids. It provides a day trip to escape Washington Heights, NYC and go horseback riding. Salana is an accomplished rider with a gentle spirit and the need to please.  The crew refer to Salana as Sal, meaning salt in Spanish. This is due to her white hair and fair skin.

“Necessity and survival were words that ruled his life.”

Tiago Alcazar is living one day at a time. His goal is survival. Tiago’s parents are drug addicts and/or incarcerated. He, like many of his friends, is being raised by his grandmother. Tiago goes to the horse ranch with his best friend Chico as a way to escape the stagnant, summer heat of NYC. He makes a connection with Salana, and it is mutual.

“A bad choice in the moment might be the only choice, so in his book, you took whatever you could get and ran with it for a while.”

They form a connection as teens and fate keeps pushing them together. Salana leans on Tiago in her time of need. He is her rock, her comforter, her confidant. He is there for her during her most difficult time and then just like the tide, she is swept away. Life continues to pull them apart. But it also pulls them together.

“He sometimes yearned to be clean, honest, and kind, but the environment he’d grown up in was all ride or die.”

As life goes on they continue to find themselves crossing paths. They have both changed, but their connection is still the same, if not stronger. They are so in tune with each other. There were so many times when I had to put the book down because it was tearing me up. The choices that they each had to make…. There were so many times that I was disappointed with the path Tiago chose. I wasn’t sure he would survive it. And for Salana – everything she did in life was always about others.

“He survived by his own means in a hostile environment where the odds were perpetually and disproportionately stacked against him.”

Tiago’s honesty gutted me. Although he never graduated high school, he expressed himself, openly and truly. The obstacles that he and Salana faced were enormous. But, he never lost his confidence and she was never ashamed of him. Their journey together was never easy but it was beautiful. The support he gave her was amazing. While everyone else wanted her to be a certain way and to work a certain job, Tiago wanted to let her fly and live her dream. In return, she saw him for who he was. Loyal, caring and honest. This was such a self-sacrificing decision for him and the road that followed was not easy.

“Sometimes there aren’t any choices. Life is a minefield. When you’ve got no choice but to go, you just step as carefully as you can.”

Such an amazing, heartfelt story. I look forward to reading other books by Mara White.

“Be kind, Tiago. Do the work. The salt of the earth will be the light of the world.”

Mara White is a contemporary romance and erotica writer who laces forbidden love stories with hard issues, such as race, gender and inequality. She holds an Ivy League degree but has also worked in more strip clubs than even she can remember. She is not a former Mexican telenovela star contrary to what the tabloids might say, but she is a former ballerina and will always remain one in her heart. She lives in NYC with her husband and two children and yes, when she’s not writing you can find her on the playground.
Author Links
Twitter  Facebook  Amazon Page  Goodreads
Instagram  Huff Post    NYDailyNews