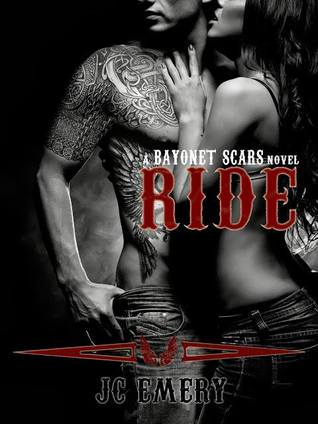 Principessa to the Mancuso crime family, Alexandra knows a thing or two about living outside the bounds of the law. Suffocated by the future her father has laid out for her, she makes a choice she can’t take back, changing the entire trajectory of her life.

Thrust into the dark and dangerous world of the Forsaken Motorcycle Club for her own protection, Alex finds herself faced with the last thing she needs right now: the man of her dreams. He’s sex in leather, the devil incarnate, and one hell of a kisser. But he’s also off-limits. Ryan Stone can be her friend, but he’s forbidden to be her lover.

Third-generation Forsaken, Ryan knows nothing other than life on two wheels, and he wouldn’t have it any other way. He enjoys the many privileges that come with the patch, and the only laws he recognizes are the ones set-forth by his club. That is, until who he wants more than anything isn’t allowed on the back of his bike —or in his bed. Balancing his desire for her body, and need to keep her safe, Ryan tries to keep Alex at a distance. Finally having made a choice for herself, she’s done hearing the word “no” and will push boundaries even Ryan himself doesn’t dare cross.

Love is never more tempting than when it’s forbidden.

You know I love an MC book.  This book is a bit of MC bad boy meets Sopranos.  It’s original and I enjoyed it immensely.

Alex has been raised as an italian princess to the mob.  Her life in ways has been sheltered and in other ways she has been very exposed to the life.  He father is an ass.  I was trying to find a more eloquent adjective, however that one really does him justice.  He is cold and calculating.  He will sell his daughter’s future to better further his career.  You feel for Alex because of this cold lonely existence.

Without giving anything away she seeks refuge in a motorcycle club, here she meets Ryan, aka Trigger.  Ryan is our alpha male that we would expect in an MC.  He is sexy, large and tattooed.  From the moment he sees Alex there is a chemistry.

This story captivated me.  I really wanted more of it though.  It felt like Ryan and Alex were just getting started when this ended.  I would have like a scene or two more with them in it.  I wanted more of our Alpha.  So I guess if my biggest problem was this left me wanting more, well that is not that big of a problem. 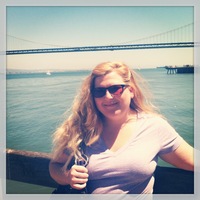 About this author:    As a child, JC was fascinated by things that went bump in the night. As they say, some things never change. Now, as an adult, she divides her time between the sexy law men, mythical creatures, and kick-ass heroines that live inside her head and pursuing her bachelor’s degree in English. JC is a San Francisco Bay Area native, but has also called both Texas and Louisiana home. These days she rocks her flip flops year round in Northern California and can’t imagine a climate more beautiful.JC writes adult, new adult, and young adult fiction. She dabbles in many different genres including science fiction, horror, chick lit, and murder mysteries, yet she is most enthralled by supernatural stories– and everything has at least a splash of romance.