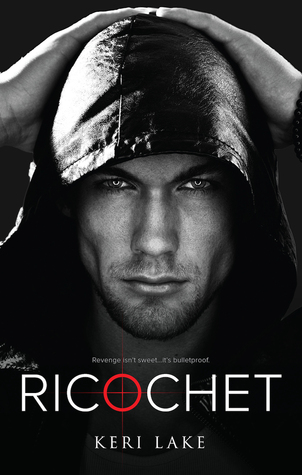 The only sure way to destroy a man is to take what he cannot live without.

Three years ago, I had everything.

A beautiful wife.
A son.
A reason for living.

Until a ruthless task force, assembled under Mayor Michael Culling, with a brutal strategy to make the streets of Detroit ‘safe’, ripped away everything I loved in a deadly hunt called The Culling.

They tried to kill me, too. I wish they had. Now I’m cursed by the memories of that night, and the words I whispered to my dying wife.

A promise—to avenge the wrong and set it right.

I’m no longer Nick Ryder. I’m a masked vigilante. Faceless. Loveless. Fearless. A man with nothing left to lose—one who’s seen the dark and violent truth behind the city’s flawless veneer.

Michael Culling doesn’t know who I am. Or what I want. All he knows is that I’ve kidnapped his beautiful wife.

An eye for an eye—isn’t that how the saying goes? And Aubree Culling is the perfect pawn to destroy him.

If she doesn’t destroy me first.

WARNING: **Not recommended for readers under the age of 18 due to graphic violence, sex and strong language. Trigger warning for self harm

Nick had it all.. Even a loving wife and son and a blink of an eye it was taken. Nick only wanted revenge Eye for an Eye. Nick stalked is his prey with an evil eye waiting for the day to strike, one by one they started to fall with the help of his friend Alec they make a plan to take the one man responsible Michael Culling.

Aubree Culling is the wife of the Mayor of Detroit Michael Culling she smiles for the camera, people shouldn’t assume everything looks good. What they don’t know is Michael is a sadistic monster who gets off on tormenting and torturing his wife he has broken her physical and mental she has nowhere to run but Aubree is kidnapped she trades one cage for another but the difference is she needs to escape
. Both of these characters are scarred by their past both wear masks to hide what is hidden inside. When they come face to face neither one except what would happen next they both try to take down the one man who took it all.. But what Nick didn’t except the one person who was to be a pawn would be the one to put him back together.
Ricochet has delivered a gritty, raw emotional,intense,gruesome, some trigger, Very dark, twisted, jaw dropping, leaves you wanting more, page turner, the chemistry between Nick and Aubree is undeniable explosive, scorching hot This is my first Keri Lake book but it won’t be my last. I couldn’t get enough of this book now that it’s over I wish it wasn’t.

I love connecting with readers, so feel free to friend me http://www.facebook.com/keri.lake

Stay up to date with new releases by signing up here: http://kerilake.us2.list-manage2.com/…