#Review #YA #Fantasy #FiveBlushReview ~ The Caged Queen by Kristen Ciccarelli 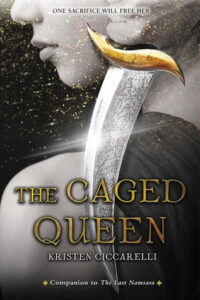 As much as I enjoyed The Last Namsara, I LOVED The Caged Queen.  I could not put this book down and read the majority of it in a day. Not only did it give insight into Asha’s fate after  The Last Namsara, but it continued the story of other characters in the book.

Roa and Dax had such an interesting relationship, and I enjoyed reading about their history. While this book had less dragons and a different kind of magic from The Last Namsara, both were still present and there was the addition of a lot of courtly drama as Roa navigated her new kingdom.

While half the focus of the story was the relationship between Roa and Dax, I loved how the other half focused on Roa’s relationship with her sister. It was heartbreaking to read about how much Roa loved Essie and how horrible circumstances separated them.

Ciccarelli does such a great job continuing the story of the characters she introduced in The Last Namsara.  Roa is wildly different from Asha, but she’s still a strong heroine fighting for what she believes in and questioning all her decisions.

Overall, The Caged Queen was a fantastic read and I would highly recommend it. 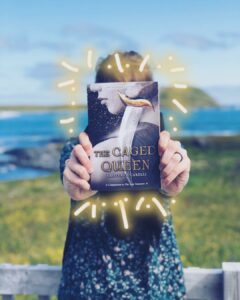 Kristen Ciccarelli’s distinct brand of lyrical, haunting fantasy continues in the companion to her bestselling debut, The Last Namsara. Perfect for fans of Kristin Cashore and Renee Ahdieh.

Once there were two sisters born with a bond so strong that it forged them together forever. Roa and Essie called it the hum. It was a magic they cherished—until the day a terrible accident took Essie’s life and trapped her soul in this world.

Dax—the heir to Firgaard’s throne—was responsible for the accident. Roa swore to hate him forever. But eight years later he returned, begging for her help. He was determined to dethrone his cruel father, under whose oppressive reign Roa’s people had suffered.

Roa made him a deal: she’d give him the army he needed if he made her queen. Only as queen could she save her people from Firgaard’s rule.

Then a chance arises to right every wrong—an opportunity for Roa to rid herself of this enemy king and rescue her beloved sister. During the Relinquishing, when the spirits of the dead are said to return, Roa discovers she can reclaim her sister for good.

All she has to do is kill the king. 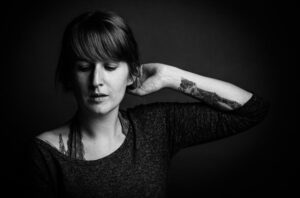 Kristen Ciccarelli is the internationally bestselling author of the Iskari series. Her first book, The Last Namsara, debuted on the UK’s children and YA chart, was one of Indigo’s Best Book for Teens in 2017, and has been translated into 12 languages. Before writing books for a living, she worked as an artisanal baker, an indie bookseller, and a ceramic artist. These days she resides in a blustery seaside cove with her blacksmith and her rescue dog. She likes her coffee dark, her weather broody, and her house warmed by a wood fire.