****Spoiler Alert! Do Not Read Unless You Have Read The Two Week Arrangement***

Seven Nights of Sinis the conclusion to The Two Week Arrangement. The ending had left me wanting more Dominic and Presley! Complications and misunderstandings have left Dominic angry and feeling betrayed. While Presley is desperate for him to believe in her.

A business trip to London has them in close quarters. I didn’t know if I wanted to smack Dominic or kiss him. He went from knight to jerk and back again! From funny and charming to A-hole. So much of his life was spilling together. The juggling act of being a single dad and a CEO left him unsure and weary at times.

“I don’t see how could fit any more obligations into my already limited schedule.”

Presley really stepped up. Always bringing her “A” game! She too had moments of insecurity and doubt. Both Dominic and Presley felt uncertain about their relationship and their future. One thing that hasn’t changed is the chemistry between them! HOT HOT HOT! I also loved how in many ways Presley was Dominic’s equal. She is able to hold her own in business. Smart, intuitive and always learning! She can give it as much as she gets it!

“I’ve never known anyone who gets under my skin like her.”

Dominic’s attraction to Presley ultimately pulls him away from his resolve. Presley smashes those wall that he had in place! Special shout out to Dominic’s twin daughters! Sweet and charming – they melted my heart! I loved everything about The Two Week Arrangement & Seven Nights of Sin! Both stories pulled me in from page one! A fun beach or poolside read! 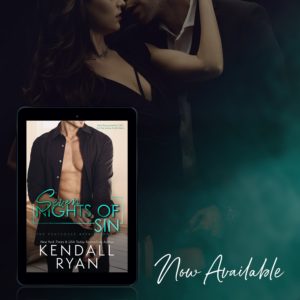 Things went further than they should have, but I don’t have any regrets. Well, maybe just one…

I went and did the one thing he told me not to – fall in love with him.

Now I have seven days to prove my trust and devotion. Turns out money is a powerful drug, but love is even more addictive.

Seven Nights of Sin is the stunningly sexy and heart-tugging conclusion to The Two Week Arrangement. 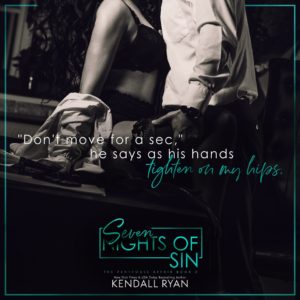 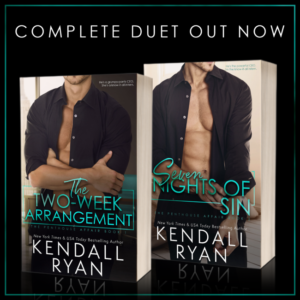