Review: THE MODELISER by Havana Adams 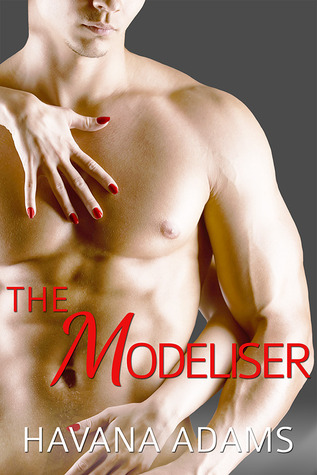 When Hollywood bad-boy and legendary womanizer Alex Golden’s beloved grandfather dies he returns to London, and is thrown into the path of the women from his past. There is ex-lover Tamara, a super-bitch actress who never lets anything get in her way: until she
falls head over heels in love with a Russian billionaire, that is. Then we have Alex’s sister, Helena, who dreams of stepping out from her family’s shadow and carving out a career as a photographer. And finally there is Talia, Helena’s best friend, whose hopes for a career writing for the big screen are dashed when she is unfairly fired
from her job in the script department on a successful soap.

Alex’s fate is caught up with these three women as ambition, lust and love collide against the drama-fueled backdrop of the film world. . .

Fantastic read!! I’ll start by saying it was refreshing and drama-filled at the same time. The author, Havana Adams, did a wonderful job of working with a large cast of characters and telling essentially 4 different stories that all came together in the end.

First, we meet Alex, the Modeliser, who is famous for his exploits with models and actresses. He’s riding high on his movie star fame but that is on the cusp of changing rather quickly. He’s sexy but also comes across at the first as an uncaring jerk. Then we meet Talia. She’s working hard to make her way in the British soap writing scene. Love her and her pluckiness! Her life is woven closely with Tamara, a soap star, and one who’s not above fighting and scheming to keep herself in the spotlight. We also meet Helena, Alex’s sister; Vassily Romanov, Gabe, Sula, Max and Simone.

The transitions between stories were handled very seamlessly and as the stories began to collide with each other, the transitions still flowed smoothly. I was caught up in the story from beginning to end! I loved all the drama, the sex, the different personalities that Havana Adams was able to portray (hated some fiercely!!), the pain, and the developing relationships and growth of characters. The main thing that drew me from a 5 to 4.5 stars was that initially I was put off by some of the designer names that were included. As the story developed, it seemed to fit better and was not as off-putting.

Overall, I loved this one and will definitely pick up Havana Adams’ next story!

Hello! I’m Havana Adams and I write sexy, romantic novels. I love reading across many different genres and also discovering great novels and new favourite authors. When I’m not plotting my novels I work in the film and TV industry, which is the inspiration behind my first novel The Modeliser.

I’m eager to connect with readers and writers and book lovers. Please do get in touch.