Review: RUN OF THE MILL by Dave Patten 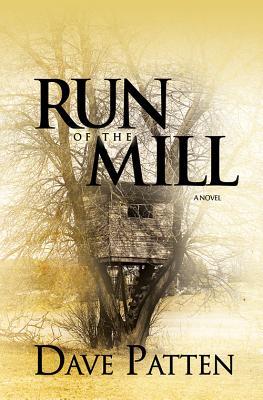 Famous musician, 26 year old millionaire, and known playboy Tyler Clark finds himself launched into his repressed past after a chance encounter with an old friend during the after party of one of his concerts. Under threat of blackmail, Tyler is forced to painfully reveal the truth behind the summer of 2002 a summer that started with drugs, sex, and good music, and ended in tragedy, betrayal, and suicide.

Before I started writing reviews for Dawn and Abby, I never really got a good glimpse at self-awareness in a character. Sure, some books were told from a character’s POV, but that didn’t necessarily mean that in that point of view, the character knew themselves. In Run of the Mill, Dave Patten writes a story with a main character that is painfully aware of who he is and how he got there.

Tyler Clark is a rock ‘n roll bad boy who seemingly has it all…money, fame, any babe he wants. He worked hard to achieve his fame and fortune, but it was not without pain, heartbreak and a little self-destruction. After playing a concert in his hometown, Tyler is approached by Rachel, a young female reporter begging for an interview. What starts out as an innocent interview leads to a one night stand that turns into a hostage situation. Tyler finds himself being blackmailed by Rachel and forced to share his past in a way that he never thought he could. What follows is a story of Tyler growing up and ALL of the events that led him to this very moment. He must relive his less than idyllic childhood and awkward, painful adolescence in a more detailed way than any interviewer should ask for. Tyler is compelled to share his most painful and darkest secrets. In doing so, he must be totally honest with Rachel and himself.

Run of the Mill is written from Tyler’s point of view. I expected to be told what happened in his past, not to feel it and be right there with him. Dave Patten writes Tyler with such clear self-awareness that I often found myself seeing my life in a different way. I became more self-aware. In addition to Patten’s writing style and the fact that Tyler is all things “hot rock star”, I really enjoyed the balance in the story. There were moments of lightness and humor. I found myself caught up in the imagery and details. I shook my head in wonder(?) at some of adolescent Tyler’s life choices. (Let’s face it. Adolescent boys are not the smartest.) Opposite to these were moments of heartache and pain that I truly didn’t expect. Hearing the events shared by Tyler made them real. I felt his pain. And as a result, there was an unexpected bout of tears…just so you know.

Run of the Mill is a 4.5 star read for me. It is a fresh voice filled with compassion and candidness. Not a combination you see very often. I look forward to more from Dave Patten. His debut novel is a hit! Can’t wait to see what he writes next! You can find Tyler Clark on The Hot Musician list!

Dave Patten is from West Philadelphia, PA. His stories often take place on the pavement of his youth, where at an early age he submersed himself in the underground arts scene and explored life within the city limits; his trajectory and creative drive can all be connected to his love of music. “Run of the Mill” is Patten’s first novel.

Tags: Dave PattenRun of the Mill