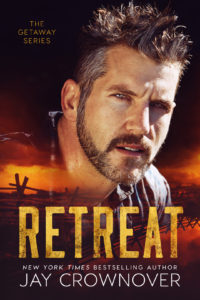 Every once in a while, you need to get away from it all.

I was a woman on the edge, shaken and shattered after a breakup that felt like it tore my entire world apart.

My best friend, sick of watching me drown in misery and melancholy, harassed me until I agreed to go with her on a week-long wilderness retreat.

She promised days spent bonding and getting in touch with our inner badasses. It was supposed to be all about the two of us roughing it and making do with the bare minimum. She assured me we were going to be pushed to our limits in ways that were unimaginable. Neither one of us could have ever guessed just how right she was.

Nowhere in the glossy brochure did it say anything about the fact I was going to have to battle the insufferable but deliciously rugged and sexy trail guide instead of the elements. The brochure also forgot to mention the part that warned when you left civilization behind, there was no place to pack your inhibitions and fears.

I was told that I would be facing a week where the only thing I should expect was the unexpected. However, no one mentioned that I was going to have to fight for my life…and my heart as soon as I ventured into the unknown.

I was a pro at hiding from my feelings but when it came time to face a real threat, one that could change everything, I learned I was more of a no surrender, no retreat kind of girl.

Jay Crownover has gone away from her norm with this book but I love everything about it.

#1 – Cowboys..how doesn’t love a cowboy? (And he’s not necessarily the run of the mill cowboy – but that’s what makes him so unique!)

3# – He has amazingly HOT brothers – this means – more books in the series.

I think I could go on and on about what I loved about this book.  But I think getting to know Cy and Leo was my favorite. The story took some twists and turns that I would have never seen coming.  There’s some mystery in the book that I wasn’t expecting but loved. This isn’t boy meets girl and they ride off into the sunset kind of book…there is so much in store for you.  I read it pretty quickly because I didn’t want to stop.  An addicting story line.

I have to say this one thing…there is a shower scene in this book that holy freaking moly HOT HOT HOT…it’s up there as one of the hottest scenes I have ever read…EVER!

The push and pull between these two was angst filled and I loved to see them give in occasionally and give into the moment! There were other side character and stories that were just as riveting as Cy and Leo’s story. I am beyond excited to read more about Sutton and Lane.  They need their story to continue, I need to see more of them! 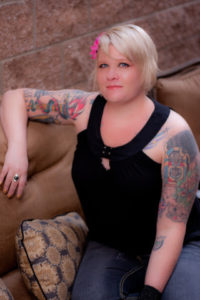 Jay Crownover is the New York Times and USA Todaybestselling author of the Marked Men, The Point, and the Saints of Denver series. Like her characters, she is a big fan of tattoos. She loves music and wishes she could be a rock star, but since she has no aptitude for singing or instrument playing, she’ll settle for writing stories with interesting characters that make the reader feel something. She lives in Colorado with her three dogs.