Review: REMEMBER WHEN (The Remember Trilogy #1) by T. Torrest 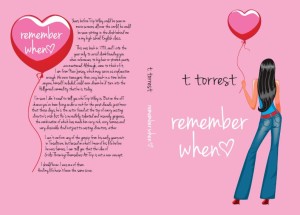 Ever wonder how often Brad Pitt’s high school girlfriend must ponder jumping off a bridge? Ever think about the girl that had her hooks in George Clooney before he took off for TV stardom? How about Leonardo DiCaprio’s ex, or Johnny Depp’s first groupie, or any number of young women who got left behind when their boyfriends set off for greener pastures and eventually achieved unfathomable Hollywood fame?

My name is Layla Warren and I don’t need to wonder about any of those things. I already know. Because years before Trip Wiley could be seen on movie screens all over the world, he could be seen sitting in the desk behind me in my high school English class.

This was back in 1990, and I cite the year only to avoid dumbfounding you when references to big hair or stretch pants are mentioned. Although, come to think of it, I am from New Jersey, which may serve as explanation enough. We were teenagers then, way back in a time before anyone, himself included, could even dream he’d turn into the Hollywood commodity that he is today.

I’m sure I don’t need to tell you who Trip Wiley is. But on the off chance you’ve been living under a rock for the past decade, just know that these days, he’s the bad boy actor found at the top of every casting director’s wish list. He’s incredibly talented and insanely gorgeous, the combination of which has made him very rich, very famous and very desirable.

And not just to casting directors, either.

I can’t confirm any of the gossip from his early years out in Tinseltown, but based on what I knew of his life before he was famous, I can tell you that the idea of Girls-Throwing-Themselves-At-Trip is not a new concept.

I should know. I was one of them.

And my life hasn’t been the same since.

Remember when is a fitting title for this book.  It did have me thinking back to my scrunchie and MC Hammer pants and how aqua net would flake if you had to much hairspray in one spot over a thin piece of poof.  There were references that I thought oh my god, I remember a banana clip.  New Kids on The block came on the radio in the car and Sixteen candle references were made. Who doesn’t love a strange flash back to the eighties and early nineties.

There was a lot that I really like about this book.  I did find myself starting to get annoyed that the pages were slimming down and there was not a resolution between Trip and Layla and then I was happy to see that there was a sequel and a snippet of the first chapter into the next book.  I am so glad by that because that gave it a bit more closure to me.

Sure there were parts that I thought were dragging on and unnecessary but overall I enjoyed this book and I wouldn’t mind finding out what happens with Trip and Layla.  I have a feeling that I am going to enjoy the second book a bit more.  I think sometimes its okay that book one in a series is a little slower than I would like as long as the rest of the series moves fast enough and  is really good.

Reading Remember When and Layla’s senior year experience was like having flashbacks to my own high school days with the clothes, the music, all of it! Aaah, the 80s were good days and T. Torrest captures it well.

Trip is the new-to-school hottie that all the girls want for themselves. Layla is from the popular crowd and immediately falls under his spell too. But then she makes a few hasty decisions that change their paths for the school year, causing pain for them both. I really wanted to knock some sense into her! Geez!

Throughout it all, I hoped for their HEA and still do. I felt like this was a wonderful start to the series, leaving me wanting for more. I will definitely read the second book so I can get some resolution to Trip and Layla’s relationship that just started in Remember When.

This book was provided by author for an honest review. 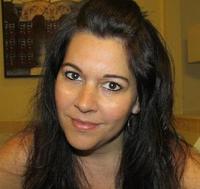 T. Torrest is a fiction writer from the U.S. She has written many books, but prays that only a handful of them will ever see the light of day. Her main audience is mature teens and twenty-somethings, but her stories are geared toward women of any age that know how to enjoy a good laugh and a dreamy romance.

Ms. Torrest was a child of the eighties, but has since traded in her Rubik’s cube for a laptop and her catholic school uniform for a comfy pair of yoga pants. A lifelong Jersey girl, she currently resides there with her husband and two sons.