#Review ~~ One to Watch by Kate Stayman-London 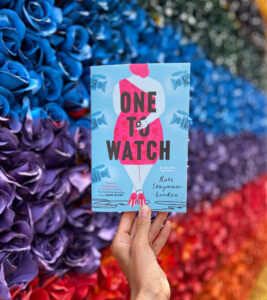 This book was fantastic!

I always love a plus-sized heroine and I Bea was the perfect girl to bring this book to life.

To be honest – I CAN NOT watch the Bachelor or Bachelorette in real life because it’s just too…ick…for me. How do people “claim” they love someone after just a few weeks? And I know a lot of it is all staged for the drama and I just feel so awkward when they are sent home and just…yick.

BUT, One to Watch didn’t give me those vibes. I guess I was invested in Bea, I wanted her to find happiness. Watching Bea navigate this “game” of Main Squeeze was enthralling – watching her grow and learn more about herself was eye-opening. We can all learn a little something from Bea’s experience.

One to Watch I think did a great job of giving us the inside look at these reality shows while also giving me some romance and a few giggles. I was “Up All Night” reading this book because I NEEDED to know the fate of our heroine Bea and if I was a betting gal – I would have won!!

Bea Schumacher is a devastatingly stylish plus-size fashion blogger who has amazing friends, a devoted family, legions of Insta followers–and a massively broken heart. Like the rest of America, Bea indulges in her weekly obsession: the hit reality show Main Squeeze. The fantasy dates! The kiss-off rejections! The surprising amount of guys named Chad! But Bea is sick and tired of the lack of body diversity on the show. Since when is being a size zero a prerequisite for getting engaged on television?

Just when Bea has sworn off dating altogether, she gets an intriguing call: Main Squeeze wants her to be its next star, surrounded by men vying for her affections. Bea agrees, on one condition–under no circumstances will she actually fall in love. She’s in this to supercharge her career, subvert harmful anti-fat beauty standards, inspire women across America, and get a free hot air balloon ride. That’s it.

But when the cameras start rolling, Bea realizes things are more complicated than she anticipated. She’s in a whirlwind of sumptuous couture, Internet culture wars, sexy suitors, and an opportunity (or two, or five) to find messy, real-life love in the midst of a made-for-TV fairy tale. In this joyful, razor-sharp debut, Bea has to decide whether it might just be worth trusting these men–and herself–for a chance to live happily ever after. 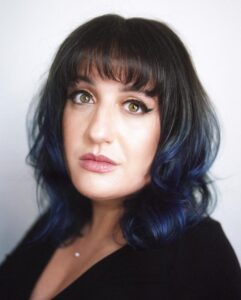 Kate Stayman-London is a novelist, screenwriter, and political strategist. She served as a lead digital writer for Hillary Rodham Clinton’s 2016 presidential campaign and has written for notable figures ranging from President Obama and Malala Yousafzai to Anna Wintour and Cher. When not writing or traveling, Kate can be found obsessively ranking Taylor Swift songs, laughing loudly with friends over really good bottles of wine, and of course, watching reality TV. She lives in Los Angeles.