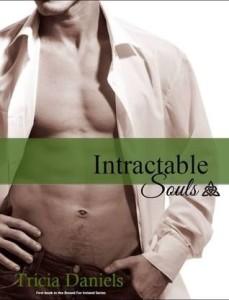 It’s been years since brilliant IT consultant Olivia James, fell for a man who had a deeply hidden compulsion to violence and control. Left healing physically and emotionally, she became a shadow of the confident woman she used to be. That is, until she meets Ethan O’Connell, a man who makes her burn with a powerful desire. Haunted by fear and insecurity, she desperately tries to resist him, doing all the right things to protect her heart, but she is betrayed by her desires and her attraction to confident men. With stubborn perseverance, he ignores her attempts to push him away, leaving her wanting, desiring his love, needing it to feel alive and whole.

Ethan O’Connell is extremely successful in his businesses, with a seriously sexy Irish accent and a lethal kind of flare and charm. More than any one man should ever possess. Ethan knew, from the very first moment that he saw her that she is meant to be his. Used to getting the things he wants, he is determined to have her and struggles to control his Irish temper, the reason for his own troubled past. Olivia James is the woman that makes him want more, the kind of girl who would make any man think about forever. Afraid that he can’t live without her and unwilling to lose her, he hides his secrets and ignores his dark desires and fantasies of control.

Eccentric Psychic, Eva Storm is drawn to the energy around them. She knows that they are soul mates bound by past lives and helps the universe steer them together. Ethan is hesitant to believe at first, but there are things he can’t ignore. Things he couldn’t possibly know, but does. Neither of them can deny the dreams and memories that they both share, but Olivia is too afraid to believe and not willing to trust her heart.

Convinced that she is “THE ONLY ONE” for him, Ethan refuses to walk away, vowing that he will never give up on her, even if it means he has to fight hard enough for both of them. Can he control his temper and his needs in order to keep her in his life? Can she heal her past wounds and let him in? Like no other woman in his life, Olivia challenges him with her strong will and sharp sense of humor, making him wonder if she could ever become a willing captive of his dominance. Ethan hopes with all his heart that she will become equally addicted to his love, and a sneaky suspicion that falling in love with Olivia James is about to bring on a shift in the balance of power in his world.

GAH!  This book is a long book. You spend a long time reading it and then you are left with a cliffhanger. A ‘gah that’s slightly annoying’ cliffhanger. I was frustrated with the way this book ended. I felt like I went through all of this and then was left hanging.

This book is also written in third person, which is not my favorite.  I usually tend to avoid books written that way. Just a personal preference.

Sounds like some things are stacking against it for me, so why the 4 stars?  Once I finished with this book, after I got over the annoying ending, I wasn’t sure how many stars to give it.  Then it sat with me for a while and I found myself thinking about the characters and although I was annoyed with the way this ended I realized that the third person didn’t bother me as much as it usually does. I also realized that I grew to like the characters.  I think for a debut novel it was really well written.  I think the characters are the type that pull at you.

Intractable is not a word often used. Difficult. That is what this is about. Two difficult souls who have loved each other for forever. There are some nice steamy scenes. Olivia has a bold side to her that is refreshing despite her horrid past.

If you are not a cliffhanger fan then I might recommend that you wait till the next one is out as I recommended to Dawn who loathes the CH. I also would suggest to read when you are in the mood for a bit of a longer read.

I’m mad. I just finished reading Intractable Souls by Tricia Daniels, and I am mad! Not at the story. It was good. Not at the fact that Intractable Souls is the first book in the Bound for Ireland Series. I read books that are part of series all the time! I enjoy reading them! I am mad because when I got to the end, I was all WTF???

Intractable Souls is not your typical smart, successful, beautiful woman meets smart successful uber hot man kind of story. Not going to lie…that is what the story is about, BUT there is way more to it. First, our heroine, Olivia, has a past that she hasn’t left behind. Second, our hero, Ethan, has a past of his own. And while it is nothing compared to Olivia’s, it is its own kind of hot mess! Third and the most significant difference (to me) is the fact that there is a mystical sort of thing woven throughout the story.

Despite it having been 3 years since Olivia’s ex left her beaten and broken, she has never really fully healed or moved on. Her self-esteem and belief in the magic of a connection to another man are shot. She sells herself short in most areas of her life, most especially men. Ethan, on the other hand, is full of himself. He knows that at the mere sound of his Irish brogue, women get weak in the knees. He charms them, seduces them and leaves a trail of sighing women in his wake. Top off his general hotness (damned if he isn’t a soccer player too!) with the fact that he is a very successful businessman, and you have yourself one arrogant so-and-so!!  When Olivia and Ethan meet, the chemistry and connection between them are immediate. For both of them, there is a feeling that they have been known each other before and are destined to be together…but first, they have to muck it up royally!!!

Intractable Souls gets 3.75 stars from me. The writing and story are solid. I found both Olivia and Ethan to be believable and relatable. I loved their chemistry. Ethan is enough of an alpha male to keep things hot. Olivia has a surprising sense of adventure for pushing her personal limits. I am going to tell you right now that the ending is not what you expect! You expect a cliffhanger or a teaser. Intractable Souls is the first book in a series; there should be some kind of “Oh my gosh, what will happen next!” You are not going to get that kind of ending with this book. Tricia Daniels leaves you completely hanging! You really have no idea what will happen next!!!

Tricia Daniels lives in a small town in Southern Ontario, Canada, where she raised three kids as a single parent. Creativity and imagination is something there is never a short supply of in her home. Between her quick wit and wicked sense of humor she found that she has a passion for writing steamy romance novels. Her goal is simple, tell her story, warm a few hearts, shed a few tears, share a silent chuckle, and occasionally, make people blush.

That’s the official version. But the simple truth is… I’m just a normal woman, struggling to pay the bills and trying to raise my kids in a home where they feel empowered, supported and loved. I’d like to say that the story came to me with a gentle persuasion…but oh no! This story hit me like a full on tackle from behind and there were no foul flags thrown by the referee. Here’s a little something unusual about me, well at least I think so… I’m not an author. My friends laugh when I say that. I have never aspired to write the next great love story or take the literary world by storm. I’m just a girl, who woke up from a dream with characters, scenes and a story in my head that was tied to such powerful emotions I couldn’t settle until I wrote them down to get them out of my brain. This story would have never been shared with any of you if it wasn’t for very good friends, who continue to try and convince me that I have a gift. Who knew? Definitely not me.