Review: HAPPILY EVER AFTER by Elizabeth Maxwell 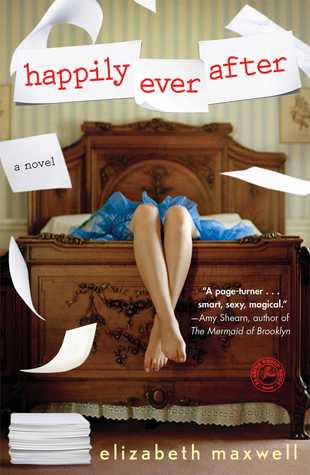 Then, during a routine shopping trip, Sadie runs into someone familiar…too familiar, in fact. She encounters an incredibly handsome man exactly like the one in her imagination—and her latest novel. Is Aidan Hathaway really one of her characters? And if so, what is he doing in Target? As Sadie tries to negotiate this strange new world, her eyes begin to open to romantic possibilities in places she never dreamed of looking… places where Happily Ever After might not be so far-fetched after all.

Elizabeth Maxwell delivers a witty story with such strong descriptions that I could feel and smell and sense what Sadie, her main character, does. There are twists and turns to the story that at times made me scratch my head with a ‘wait, did that just happen?’ Yes, it sure did! Happily Ever After was not anything that I expected but was even better! Sadie, both as an author and a minivan mom of an 11-year-old girl tells it straight and made me laugh at all the humorous (yet not so humorous sometimes!) moments that while seemingly wouldn’t be funny, are because of Sadie’s internal commentary about them. We also meet several of Sadie’s family members, neighbors, the quad moms, and her characters.

What I think I loved most of all is that Elizabeth Maxwell takes the romance genre and shakes it up, mixes it all together and puts it back together in such a way that is fresh, sexy, a little crazy, and intriguing. I will definitely read more from her!

I did it again. I judged a book by its title. I know. I know. I didn’t even read the synopsis. I just made the call. Happily Ever After by Elizabeth Maxwell was going to be a romance! Yay! It was going to have a happy ending! Yay! There would be sunshine and rainbows and soul-reaching kisses!! YAY!!

Not quite. In Elizabeth Maxwell’s debut novel, Happily Ever After, we meet Erotica novelist Sadie Fuller. Sadie is knee-deep in single motherhood and middle-age. To protect her reputation and keep her nosy neighbors at a distance, she writes under the name KT Briggs. While Sadie writes about hot steamy sex and relationships, her real life couldn’t be any more different.  In the middle of writing her latest book, strange things start to happen in front of Sadie’s eyes her characters come to life…literally. Sadie must figure out the how, the why and the what the hell of it all.

Happily Ever After is a well-written book. Maxwell weaves together many different genres to tell a story that is funny, unbelievable and downright quirky. The real characters in the story are relatable and likeable. The characters in Sadie’s book are interesting in that they made me think that she hadn’t quite finished developing their personalities. I will say that the shift between genres sometimes threw me off. Partly because I wasn’t expecting it. And because there were parts that were so “out there” that I had to stop thinking of the book as something I was reviewing and read it for the pure enjoyment of it. I am giving Happily Ever After 3.75 stars. Elizabeth Maxwell made quite a first impression with her debut novel. I look forward to what she writes next!! 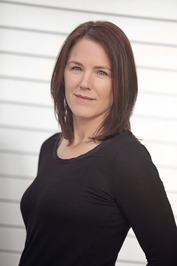 Elizabeth Maxwell lived for a long time in the east until one particularly snowy February when she couldn’t take it anymore, packed up her angry cat and moved west. She’s been hanging out in the Northern California sunshine ever since. (well, except for a decade in San Francisco where it was foggy all the time but the restaurants were really good so there was that.)

Elizabeth currently lives in Davis, CA with her husband, two kids and the same angry cat (who is now 97 cat years old.)

Tags: Elizabeth MaxwellHappily Ever After