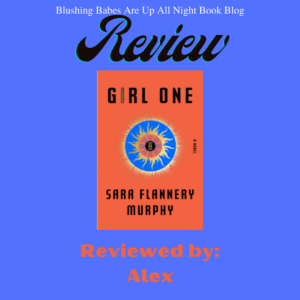 I thought that the premise of Girl One was super interesting. The concept of creating babies without male DNA and going against the natural order of things seemed like it would provide a suspenseful story with a lot of questions about morality and whether we could ever go too far with our scientific research. In addition to all the moral grayness, the missing person story and host of female characters are what initially drew me to this book.

Overall, I enjoyed it. I think it definitely delivered a suspenseful mystery that had a few pretty good twists. Josephine was an interesting main character with a complex past that was entertaining to read about. I really enjoyed the cult-like themes of the commune where she grew up, as it made the story much more creepy.

I do think that the beginning dragged a little bit in some places, but if you can power through, it’s absolutely worth it! Girl One was a nice change of pace from my usual Fantasy book. If you like stories that have some real-life creep factors, interesting and complex characters, as well as a mystery that keeps you guessing, I’d absolutely recommend Girl One. 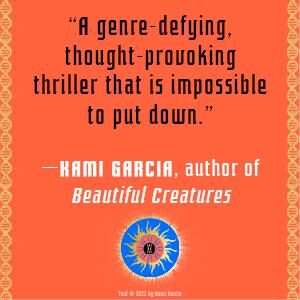 Josephine Morrow is Girl One, the first of nine “Miracle Babies” conceived without male DNA, raised on an experimental commune known as the Homestead. When a suspicious fire destroys the commune and claims the lives of two of the Homesteaders, the remaining Girls and their Mothers scatter across the United States and lose touch.

Years later, Margaret Morrow goes missing, and Josie sets off on a desperate road trip, tracking down her estranged sisters who seem to hold the keys to her mother’s disappearance. Tracing the clues Margaret left behind, Josie joins forces with the other Girls, facing down those who seek to eradicate their very existence while uncovering secrets about their origins and unlocking devastating abilities they never knew they had.

A spellbinding supernatural thriller, Girl One combines the provocative imagination of Naomi Alderman’s The Power with the propulsive, cinematic storytelling of a Marvel movie. In her electrifying new novel, Sara Flannery Murphy digs deep into women’s extraordinary power and reveals an unassailable truth: so much strength lies in numbers.