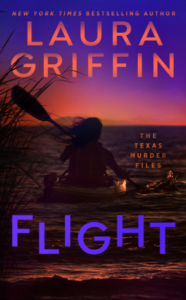 Griffin takes romance and mystery on a wild ride in Flight.

With the reader on the same page as Miranda Rhoads, the former CSI, and Joel Breda, the head detective, you can feel every emotion the murder case brings them. As the homicide case builds, so does Miranda and Breda’s relationship. Miranda brought a mysterious past to the relationship and a strong force to the case. Breda takes no offense to Miranda’s closed-off appearances and brings her to life by the end of the book.

The only part of this book that sets me back a bit, was the fact that you only. know as much as Miranda and Breda with the case, which was also the part of the book that had me reading all day (and night!) 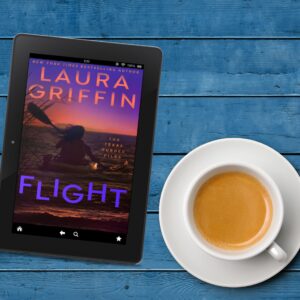 One tenacious local detective can only get the help he needs from a former forensic photographer with a serial killer on the loose in the new romantic thriller from New York Times bestselling author Laura Griffin.

When former forensic photographer Miranda Rhoads moves to the seaside town of Lost Beach, she’s decided to make her living as a wildlife photographer and put crime scenes behind her. But her plans are quickly upended when one morning, she comes across a couple sleeping in a canoe, entwined in an embrace. Looking closer, she realizes the man and woman aren’t asleep—they’ve been murdered.

Detective Joel Breda sets out to find answers–not only about the unidentified victims in the marshy death scene, but also about the aloof and beautiful photographer who seems to know more about his investigation than he does.

As they begin to unravel the motivation of a merciless serial killer, Miranda and Joel must race against the clock to make an arrest before the killer can find them first.