***Warning: this book is NOT for the faint at heart. It is a dark romance and contains many triggers and there may be spoilers if you have not read any of the previous Deliverseries books!***

How far is too far? Pam Godwin continues to push the limits as the Deliverseries continues with book #6, Manipulate.  Although it is recommended to read the series in order, Manipulatecould stand on its own, but the stories are interconnected. You do not want to miss out on the brilliance that is Pam Godwin!

The “Freedom Fighters” are on to their next target in their quest to end human trafficking. Freedom Fighters Martin Lockwood and Ricky Saldivar are implanted in the most violent, cartel-controlled prison in Mexico in an effort to take down La Rocha Cartel. As former sex traffic victims their fight is as personal as it can get.

There is such a complicated relationship between Martin and Ricky. Martin is closed off and anger simmers beneath his surface. Is he gay? Bisexual? What made him so angry? As their story unfolds, Martin’s beast is unleashed!

Best friend Ricky likes it all. Men, women, hell – both! He is carefree and easy going. Ricky is confident with full on sex appeal and swagger! He craves his best friend Martin. They have been through it all. Now, with their lives on the line they are closer than ever. Will Martin succumb to Ricky?

Tula Gomez is introduced. She finds herself in the most ruthless prison in Latin America. Innocent, Tula must harden herself for survival. Her story is complex and intriguing. The first few chapter of Manipulateare brutal! Tula’s story is laid bare in a style that is all Pam Godwin!

It is a tangled web as Martin, Ricky and Tula use each other to gain intel on La Roacha Cartel. Who will win this battle? The heat is turned up as they turn to each other. As they manipulate each other for information, the game changes. Feelings and emotions are triggered. And more secrets are revealed causing a tidal wave of events to unfold. I had suspicions as to where the story headed. I thought that it would go in a certain direction but – this is Pam! She totally threw me off by taking a totally different route.

“They owned her. No matter what happened, she would always be theirs.”

Pam will push your boundaries and make your skin crawl. MM lovers will not be disappointed. We get small glimpses of the past along with background stories that have not been told – spoiler alert- they involve Van! One word – HOT! The end is a bit open but I am sure that it will continue throughout the completion of the series. Next up: Unshackle (Deliver #7)Luke & Vera’s story!

Tula Gomez is in the most ruthless prison in Latin America.

She only drove to Mexico to help her sister. She did nothing wrong.
But her quiet life changed in an instant.

To survive the violent, cartel-controlled prison where men blend with women, she pledges her loyalty to the notorious leader in exchange for the one thing she needs most.
Protection.

When she agrees to seduce the suspicious new inmates, Martin Lockwood and Ricky Saldivar, she doesn’t expect to enjoy it. Sure, they’re gorgeous, irresistibly alpha, and insanely talented with their hands and mouths. But they’re the enemy. She can’t fall for them.

Torn between her cartel loyalties and two men who want her as deeply as they want each other, she questions who is manipulating whom. Her search for answers leads to a passionate ménage, a soul-crushing secret, and an impossible choice.

Each book is a different couple. No cliffhangers. Must be read in order.

DELIVER, Book 1: FREE on all retailers 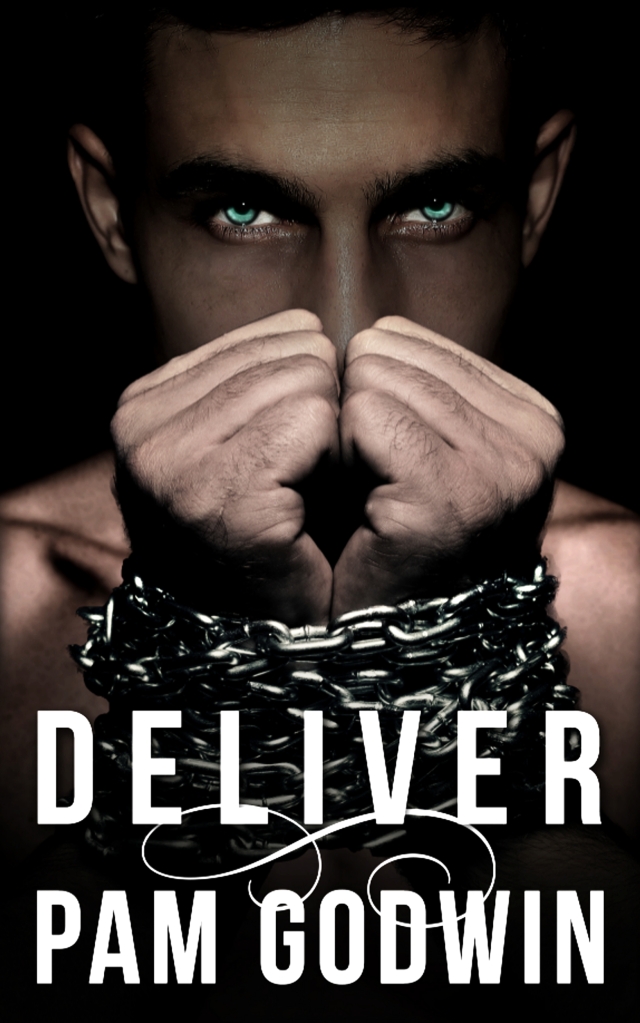 His name was Joshua Carter. Now it’s whatever she wants it to be.

She is a Deliverer.

As long as she delivers, the arrangement that protects her family will hold.

Delivering is all she knows.

The one thing she can’t deliver is a captive from slavery.

And her stubborn slave thinks he can deliver her…from herself. 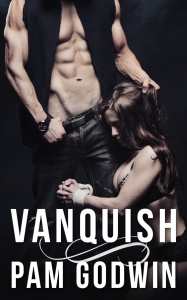 Her life is like a prison cell.
A self-made, to-hell-with-the-free-world existence that locks from the inside.
Stop judging. Her agoraphobia doesn’t define her. It simply keeps her safe.

He belongs in a prison cell.
The 6×8, make-me-your-bitch variety that locks from the outside.
But he’s free. To hunt. To take. To break.
And he just found a sexy new toy.

Capturing her is the easy part. Her fucked-up mind, however, makes him question everything he does next.
But he’s a determined bastard. If all goes his way, this will hurt like hell.

Camila was seventeen when Van Quiso kidnapped her. Ten years after her escape, the shackles refuse to release her. Not while there are still slave traders preying on her city.
She will stop at nothing to end them.
Even if that means becoming a slave again.

Returning to chains is her worst fear—and only option. They won’t know who she is or what she intends to do. She’s prepared for every complication.
Except him.
The one who decimated her sixteen-year-old heart.

Matias is charming, gorgeous, and dangerously seductive. He’s also untrustworthy and enshrouded in secrets. After years of no contact, he finds her—on her knees, wrists bound, in the clutches of her enemy.
Will he sabotage her mission by needlessly saving her?
Or will he keep her in chains and never let her go? 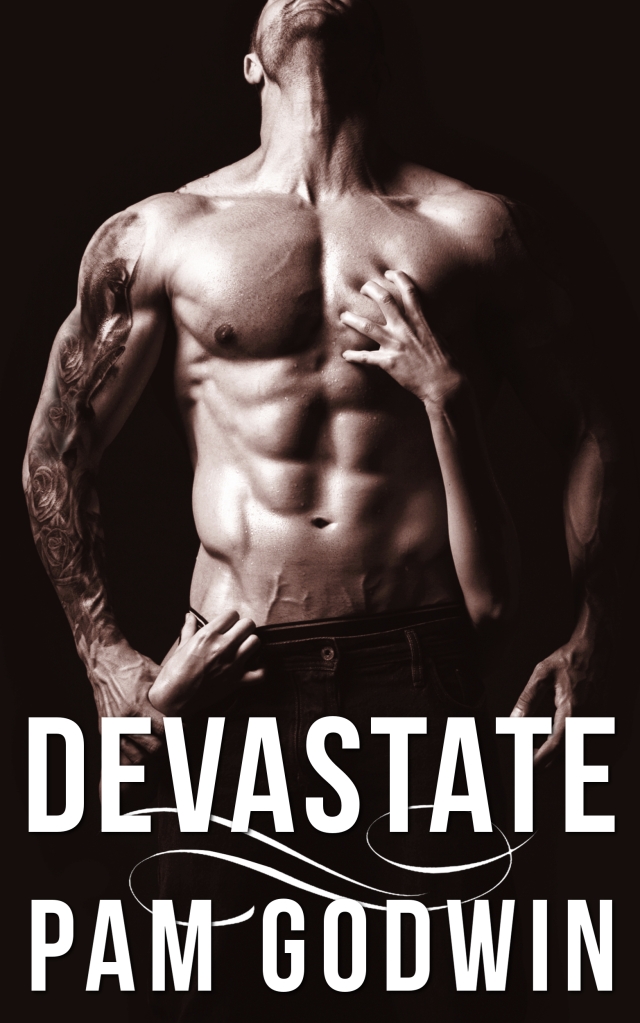 “What is the price you’re willing to pay?”
“Money isn’t an issue.”
“I’m not talking about money.”

Tate is on the hunt to find his best friend’s sister.
Eleven years ago, Lucia Dias was abducted. Presumed dead. He never met her, so why does he care?
Some might call his efforts noble, but his motivation is more perverse, bordering on obsession.

When he follows a chilling lead to Venezuela’s Kidnap Alley, what he finds is neither a corpse nor a captive.

Amid poisonous lies and crippling depravity, the price of love is devastation.
And he pays.
With his body, his blood, and her life.

He’s a notorious crime lord, a kidnapper, and an artist.
Scarification is his outlet, and he just captured a new canvas.
Kate refuses to surrender beneath his blade or the cruelty in his beautiful eyes.
But she’s drawn to the man inside the monster. A man who makes her ache with his touch. Who owns her with his kiss.
A man who worships her as deeply as he hurts her.
She can run, but there’s no escape from a bond carved in scars.

New York Times and USA Today Bestselling author, Pam Godwin, lives in the Midwest with her husband, their two children, and a foulmouthed parrot. When she ran away, she traveled fourteen countries across five continents, attended three universities, and married the vocalist of her favorite rock band.
.
Java, tobacco, and dark romance novels are her favorite indulgences, and might be considered more unhealthy than her aversion to sleeping, eating meat, and dolls with blinking eyes.
Website | Facebook | Twitter | Amazon page | Goodreads | Instagram | Bookbub