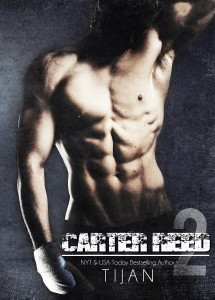 Carter bought his way out of the mafia to protect Emma, but when an old ghost returns to the Mauricio Family, a chain of events starts that can harm everyone. While Carter must decide to return to the Mauricio Family or not, a face that is oddly familiar to Emma comes into her life. She’s given the chance to discover more about her family while tension between the rivaling Mauricio and Bertal Family comes to a head in an explosive way. The truce is officially off, and when the two worlds collide, Carter’s decision is made.
He didn’t start this war, but he will end it.
He will do anything to protect Emma.

Carter Reed is every ladies fantasy but he only belongs to one…Emma is his life and he would due anything to protect her, even if it meant going back to the mob. Carter is known and has been a cold blooded killer, he will take anyone out even if it meant his own family. When Emma becomes a target, he will due anything to protect her, trust will be tested, lines will be crossed, there’s always loyalty in the mob but sometimes greed gets in the way, someone always becomes a liability but will it be enough for Carter to stay out or will he stay.

I have been waiting impatiently for more Carter Reed and so glad I got some more Carter! He is one mobsters I would want on my side and in my bed!! Emma is one lucky chick.. The connection between these two is so hot, steamy, there is so much action and so many players in the game that you will get so lost reading that you can’t believe you finished.
Tijan doesn’t disappoint us.. She knows what her fans want and she delivers. If you haven’t read about Carter Reed I suggest you grab your copy you don’t know what you’re missing!
MORE BOOK BY TIJAN
Share