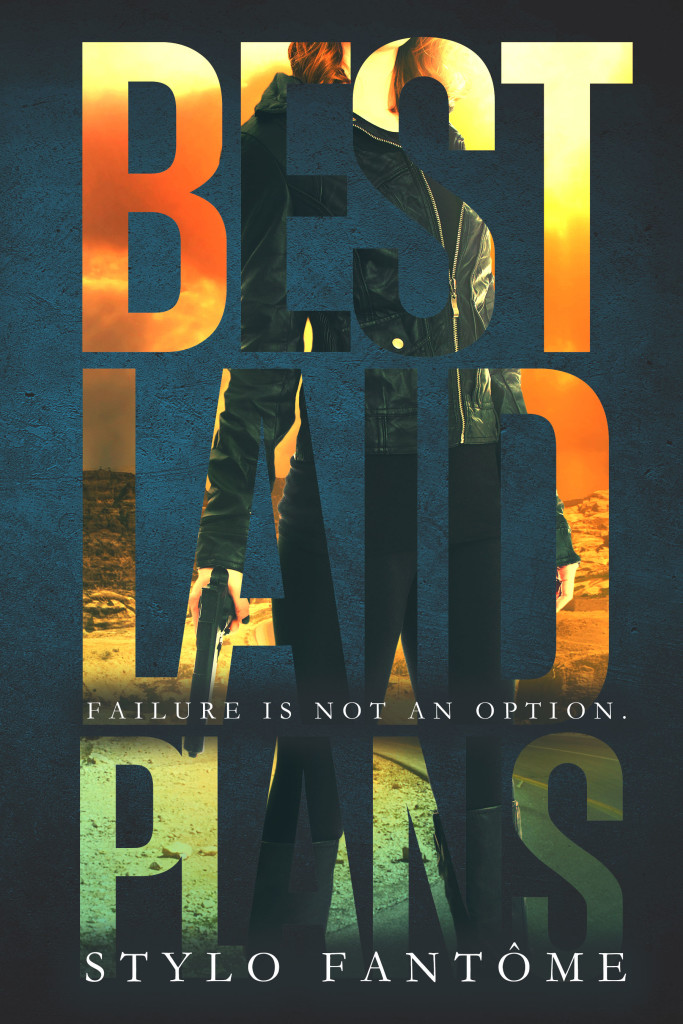 This is the story of what happens when an unlikely bond is formed between enemies, causing tensions to rise, and igniting a chemistry that threatens to burn them both. Together, they’ll learn that sometimes even the best laid plans can fail.

If this NOVEL were a MOVIE, it would have an R rating from the MPAA. Contains: Violence, Grisly Images, Strong Language, Nudity, and Graphic Sexual Content

Well, Well, Well… I became a HUGE fan of Stylo when she released My Time in the Affair.  So when I found out she was releasing Best Laid Plains, I was all over this like white on rice.  But was it as good (considering MTiTA is going on my Best Reads of 2015)?  And the answer ladies… is UH HUH!!!!!!!!!!!!!!

It was FIRE!  I once said I would be happy to read this woman’s grocery list (literally I did say that) and dammit I would read something even more boring than a grocery list by Fantome!
Best Laid Plans had my head SPINNING in the best ways possible.  Lily is rough and tough and smart and everything I wanna be!  Marc is sexy and rugged and slick as hell.  Both bouncing off of each other creating such chemistry from page 1, you could cut the sexual tension with a knife.
The story line is uniqe and crisp and fun and had be flipping the pages of this book with such force I thought I was going to break my kindle.
Needless to say… one hell of a read!  So if you’re looking for jam packed action, with danger and fun and raw sexiness then Stylo Fantome delivers and delivers STRONG!  Wah-Friggin-Hoo!  I LOVED IT!
4.5 BADASS SEXY BLUSHES!!!!!!!!

Is my left hand good enough? I should’ve trained more with it. Maybe I can get it to my right hand quick enough. Fuck. How quick is he? Fuck! Did he see me moving!?

“You back stabbing thief,” she hissed. She slid her left hand even closer to the side of the trunk.

“Keep ’em coming, sweetheart, I’ve got fifteen bullets here that are just itching to have a purpose in life. Maybe I’ll start by putting one in your right foot, then move up to your left knee. Maybe when I get to your -”

In almost one fluid motion, she reached her hand underneath a flap of material that was hiding a pistol, while at the same time twisting her body and driving her elbow straight up. She caught him in the side of the face with a sharp crack. His hand moved off of her head and she rolled around, whipping her gun into her right hand as she snapped upright. He came around at the same time, shoving his arm straight out and pointing his gun into her face. Her own firearm was pointed right at his throat.

They glared at each other for a moment.

“You have two seconds to walk away from this situation,” she breathed, stepping back from the bumper, not lowering her gun. Marc kept his barrel trained on her forehead as he matched her step for step.

“Not gonna happen, princess. Maybe you should walk away, you’re in over your head,” he cautioned her, his tone snide. She smirked at him and kept moving, trying to put some distance between them and the car.

“Really? This ‘princess‘ just outsmarted you, twice, in less than five minutes. I think you’re in over your head, so back the fuck off,” she growled through clenched teeth.

“Kitty has claws, I like it. But can she pull the trigger?” his tone was questioning as he cocked his head to the side.

That enraged her almost more than anything. More than his deceit. More than his treachery. More than his violence. The disrespect. He’d always treated her as an equal before – now he looked at her and spoke to her like she was a cockroach.

“Try me,” Lily snapped back.

He stared at her for a second longer, then did just that – he let his gun lower and he strode forward, pushing past her as he made his way back towards the vehicle. She was stunned.

“I’m taking this car!” he called out. She whirled around, keeping her gun raised.

“No, you’re not! Stop right there!” she demanded. He held up his middle finger.

Lily fired a shot, right over his head. He froze in place mid-stride, then turned his head to the side so he could see her.

“I’m warning you,” she cautioned him. He chuckled, but still didn’t move.

“You don’t have the balls to shoot me.”

She lowered her gun a couple inches and fired again, directly between his legs. The bullet pinged into the sand at the edge of the road, right in front of him. When she sighted back on his head, he looked decidedly less confident.

“In two minutes, you won’t have balls, either.”

Lily didn’t want to shoot him, she really didn’t. She’d never killed anyone before, and didn’t want to start with Marc. She was saving that damnable act for someone very specific. She didn’t want to condemn her soul to hell for some piece of shit traitor. Some liar. Some con man.

“Look,” his voice was low, his teeth clenched. “I need what’s in that trunk. Whatever deal you have with Ivanov, I can make you a better one.”

“And if I let you take that car, I’m dead. Not winning me over,” she replied.

“No, you can just disappear. Drive off into the sunset, find the nearest plane to take you back to L.A., or wherever you’re from. Somewhere safe,” he suggested.

“Not from L.A., and you have one more minute before I blow your nuts off.”

“How did a sweet thing like you get caught up with Ivanov?”

“‘Sweet thing‘ just threatened to shoot you in the testicles. Thirty seconds.”

“Okay! Okay, just take it easy. Maybe we can work out a deal. I’ll split them with you, half and half. Just take them out and we’ll divide them up.”

“Do you really think I’m stupid enough to fall for that?” 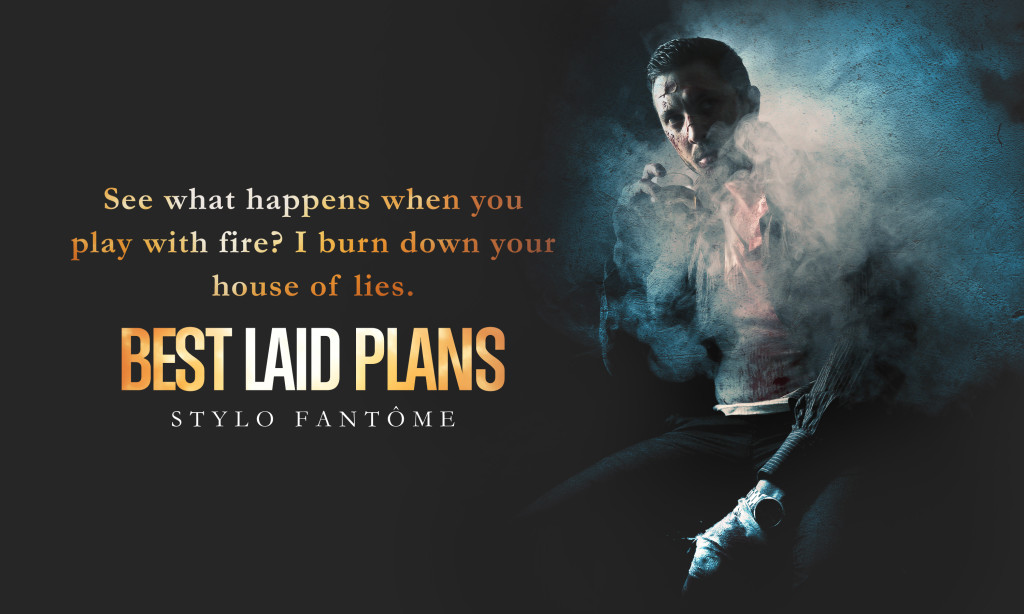 SO MUCH research went into the book, I had no idea what I was getting into – I just started writing, and then I got to the scene where Marc was in the shower, towards the beginning, and after I wrote it I sort of had a “wait a minute …” moment and realized there was a distinct possibility they wouldn’t have running water. So I started researching Liberia. My mind was blown. So many things in the story changed after that point. I constantly had Google open in one window and Google Maps opened in another window. Virtually every place they go in the book is a real place. For example: when a hotel is described, it is based on a real hotel I found on Trip Advisor and then cross referenced on Google Earth. EVERYTHING was like that. Half of my brain lived in Africa for two months.

1. It’s different and it pushes boundaries, which I think everyone could do with a bit of, now and then

2. They might learn something they never knew about a different country, and learning is good

3. It’s a departure from my other works, but still has the erotica base that is my preferred genre (a.k.a. lots of steaminess haha)

4. It literally takes you on a journey

5. The summer is almost over – can’t end it without one last blockbuster big action flick!

Book two is already written, it just needs to go through rewrites and edits and then it’s beta time! Next, I’m caught between two stories that I really want to work on – one dark, kind of going back to my Kane Trilogy roots. Weird love and crazy sex and uncomfortable emotions. The other is more romantic. Still angsty, more of the love-hate, will-they-won’t-they vibe. I don’t want to give anything away – it’ll be in a popular subgenre, but with a distinct twist, as I like to try to do with all my stories. Which will come next, I’m not sure, depends on which will speak to me the most. I hope to have something publish ready by March 2016.

Crazy woman living in an undisclosed location in Alaska (where the need for a creative mind is a necessity!), I have been writing since …, forever? Yeah, that sounds about right. I have been told that I remind people of Lucille Ball – I also see shades of Jennifer Saunders, and Denis Leary. So basically, I laugh a lot, I’m clumsy a lot, and I say the F-word A LOT.

On Amazon Exclusively – also available in Kindle Unlimited program for free. $0.99 release price will be good through Sept. 8th – then it goes up to $2.99.
US: