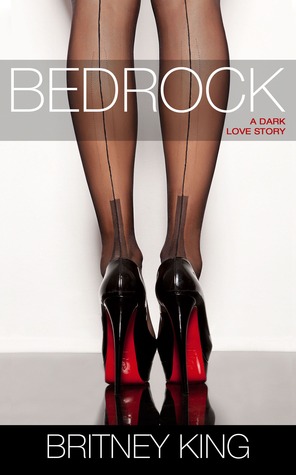 When Addison Greyer, a happily married mother of three, decides to re-enter the workforce, she never once considers that taking a job might unravel everything she thinks to be true about her life—that it would cause her to look deep within and confront fears she didn’t know existed. She couldn’t have foreseen how a chance meeting or a single day can change the course of an entire lifetime.

Like many women, Addison is defined in terms of marriage and motherhood, until she suddenly finds her life turned upside down by her husband’s decision to take a job thousands of miles away. When her tough-as-nails boss offers her an opportunity she can’t refuse, Addie is forced to make difficult choices. Those choices take her further and further out of the carefully crafted fairytale life she has created and lead her into an unknown world where things are anything but black and white: a world where she learns that desire is not only dangerous but deadly. In this world, all bets are off as she is forced to finally confront her past. As her past and present collide, she has to make decisions that for most are unthinkable, decisions that can tear her family apart, and perhaps even have fatal consequences.

Bedrock is a love story designed to showcase how the choices we make ultimately shape our lives. It serves as a reminder that in the end what defines us is not the big events, the monumental occasions. It’s the tiny, seemingly inconsequential moments in between. It’s proof that time passes and we cannot, no matter how hard we try, get it back. Bedrock is a story of love and grief that pretty much sums up the context of the human experience.

Due to heavy subject matter and sexual content this book is recommended for mature readers.

Bedrock is all about the choices to be made and when a choice it made how its impact ripples out from there. Throughout the story, Addie makes decisions that lead her to the next to the next and so on. Eventually, each of those decisions comes back around in another part of her life, for good or bad.

Initially, I did not like Addie. I was confused by her choices and by how she was described. At times, she seemed strong in one aspect, or particularly good in one area of her life but then she wasn’t. I did end up finding myself understanding her more and rooting for her to find what she is seeking in her life as the story progressed.

Bedrock is written in third person and initially I found that difficult to transition to as so much of what I have read lately is first person. It felt more narrative and as if I wasn’t truly part of the story, just someone looking in and not getting invested as much in the characters. As the story progressed, I found myself becoming more involved and engaged once more dialogue was part of the story.

Overall, I felt like there was much that was unsaid that left me wanting more details – the relationship, or lack thereof, between Addie and her in-laws; moments with her children that invested me in her relationship with them; and more on how Addie’s and Patrick’s relationship changed so significantly after their children were born. I liked seeing Addie grow and change as her world opened up. I fell in love with William and all his strengths and vulnerabilities. I was constantly wanting an HEA for Addie, but also really appreciated that Bedrock made me think about the complexities of relationships and how sometimes an HEA is not so clear cut. I really hope there is a second book, as I’m not quite ready to let this one go with the way it ended. No cliffhanger, all, there were just some things I would love to see play out further. 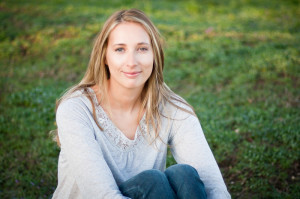 For those of you who prefer it straight up, no chaser: Mama to five. Lover of Life. Writer. Juggler extraordinare. That just about covers it…

The extended version and in third person no less.;) Britney is married to a man she adores (when he isn’t driving her crazy) and is the mother of five amazing kids, who (surprise!) also have a habit of driving her crazy. Her best guess is that it’s genetic. In addition, Britney founded a local network for women in 2012, which has grown to almost 800 members. To further prove that she may in fact be certifiably insane, she decided to publish her debut novel entitled, Bedrock in May of 2013. Then and only then, would she consider her training to be an expert (life) juggler complete.