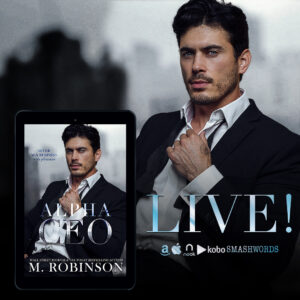 I came from nothing and made something of myself. I’ve only ever loved two things. Cars and her.

I took that passion and built an empire.

On top of the world.

I’m not the carefree man she once knew.

That was the problem with being one of the richest men in the world—everyone thinks they know me, but they only know what I want them to.

My company thinks they can change me. Soften my image. Make me more appealing to the public.

Little do they know, the woman they hired was my best friend’s little sister, and the last time I saw her…

The reason I am such an M. Robinson fan is that I LOVE ANGST.  And well – she brought it with this story.

Julian and Autumn were destined to be with each other, but they had a few (many) hurdles to navigate first.

As a child, Autumn fell in love with Julian, a young girl’s crush.  But with time, it became real.  Julian’s best friend was Autumn’s brother, so Autumn was off-limits.  It’s years later, and all bets are off…but is Autumn ready for Julian now??

It took a while for me to really like Julian because he is forever hurting Autumn, but he’s an ALPHA CEO…he’s used to getting what he wants when he wants it, but Autumn is no pushover.  M Robinson always writes strong female characters, and Autumn is fantastic.  She holds her own and doesn’t take any crap from Julian. In true M. Robinson fashion, there is a twist that I NEVER saw coming, and I loved it!

I am so excited for Christian and Kinley’s story too!!