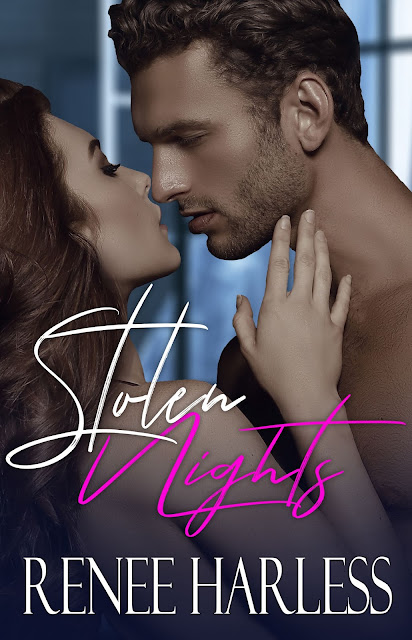 Title: Stolen Nights
Author: Renee Harless
Genre: Contemporary Romance
Release Date: August 29, 2018
Blurb
Elle’s life seems like one struggle after the next.
She’s facing life after a divorce, learns that her ex-best friend is
pregnant with her ex-husband’s baby, and the house she’s willed after her
estranged father’s death comes with a catch.
When she thinks her life can’t get any more difficult, her neighbor seems
determined to rile her up on a daily basis.
He’s gorgeous and looks like he’s walked off a movie set, but his
attitude is enough to leave Elle feeling sour despite the tingles she feels
when he’s around.
But one stolen kiss leads to a number of stolen nights blurring the line
between hatred and love.
Elle’s curse of bad luck may be taking a turn, or she could be facing her
toughest obstacle yet – heartbreak.

Elle’s life has gone to hell in a hand basket! She bumps into her husband (Dan) and best friend (Sky), arm in arm, walking out of the gynecologist office. To add insult to injury, at the divorce mediation Dan wants everything Elle owns. Everything except their two young children.

Elle is starting all over again. Banking on her skills as a talented baker and the house left to her by her father. A man she never knew. Then she meets her new neighbor. He’s a huge jerk but she can’t help the butterflies every single time their tempers tangle.

Jackson is a local businessman with strong family ties. He’s successful, sexy as hell and has no interest in any sort of baggage. No strings sex with a ready stream of willing women is just how he likes it. Until his new neighbor moves in. Her in your face personality along with killer legs has got him feeling things he never thought he would.

These two argue about everything! Parking, fences, kids, dogs…then Jackson steps up during an emergency. That event changes it all for both of them.

Elle’s MIA dad felt like a loose end to me. So did the storyline aspect with her ex-husband. However, Stolen Nights was cute, sexy and entertaining. A quick read that gives you what you want when you’re not in the mood for something heavy.

All that that being said – bring on the story of what went on between Sara and Cooper. You know what they say, where there is smoke, there is fire.

Renee Harless, her husband, and
children live in Blue Ridge Mountains of Virginia.  She studied Communication, specifically
Public Relations, at Radford University.
Growing up, Renee
always found a way to pursue her creativity. It began by watching endless runs
of White Christmas- yes even in the summer – and learning every word and dance
from the movie. She could still sing Sister Sister if requested. In high school
she joined the show choir and a community theatre group, The Troubadours. After
marrying the man of her dreams and moving from her hometown she sought out a
different artistic outlet – writing.
To say that Renee
is a romance addict would be an understatement. When she isn’t chasing her
toddler around the house, working her day job, or writing, she delves head
first into a romance novel.
Author Links
FACEBOOK
FACEBOOK GROUP
TWITTER
INSTAGRAM
BOOKBUB
AMAZON
NEWSLETTER 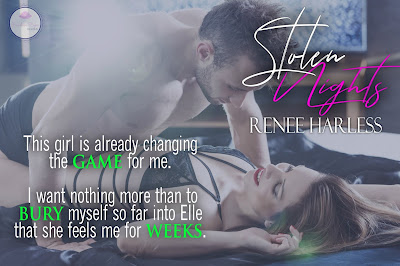