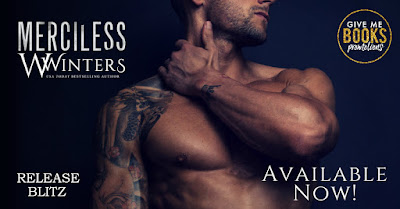 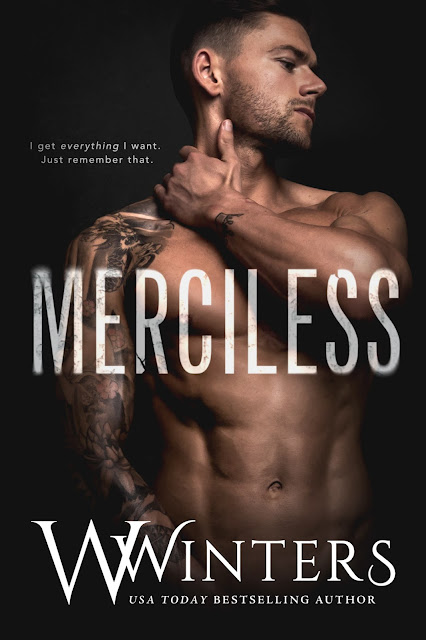 Title: Merciless
Author: Willow Winters
Genre: Romantic Suspense
Release Date: May 15, 2018
Blurb
From USA
Today bestselling author Willow Winters comes a heart pounding,
edge-of-your-seat gripping, romantic suspense.I should’ve known she would ruin me the moment I saw her.
Women like her are made to destroy men like me.
Given to me to start a war; I was too eager to accept.
I didn’t
know what she’d do to me.
She sees through me in a way no one else ever has.
Her innocence and vulnerability make me weak for her and I hate it.
I know better than to give in to temptation.  I should have known that she
would change everything.A ruthless man doesn’t let a soul close to him.
A cold-hearted man doesn’t risk anything for anyone.
A powerful man with a beautiful woman at his mercy … he doesn’t fall for her.

Carter Cross is King of his world and he rules his family with an iron fist.  He is calculating, deadly, bows to no one and always gets what he wants.

Aria Talvery is the daughter of a rival family.  She lives in a world where women are just pawns to be played in an all-out gang war.  Aria happens to be the thing that Carter wants – in every sense of the word.  Carter has unfinished business with Aria’s father (Nicholas) and what better payback than taking his daughter?

Carter wants to break her will and bend her to his demands.  Too bad for him that Aria is no pushover.  She’s terrified of him and vows to resist yet she finds herself drawn to this man.  Carter finds himself in the same predicament.  This THING between them is FIRE! Soon Aria is wanting and giving the very thing  Carter vowed to take from her.

I’d be lying if I said that I was not totally absorbed in turning page after page feeling equal parts horrified and thrilled.

Merciless is not sunshine and roses.  It is dark, twisty and SEXY as hell. Fasten your seatbelts because kidnapping is the least of what’s coming.  There is a turf war going on and I promise you – before all is said and done there will be blood. 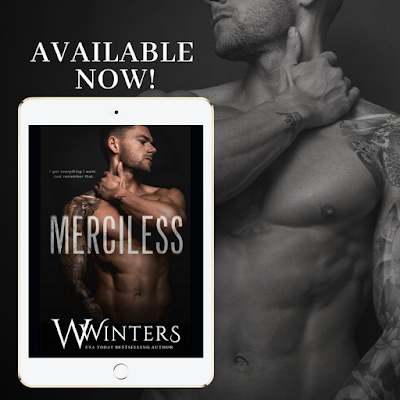 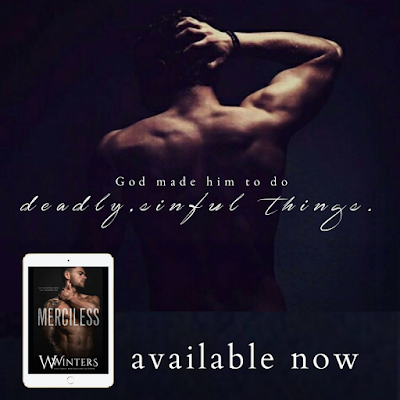 Willow Winters is so happy to be a USA Today, Wall Street Journal and #1 Contemporary Bestselling Romance Author. She likes her action hot and her bad boys hotter. She certainly doesn’t hold back on either one in her writing!Willow started writing after having her little girl, Evie, December 2015. All during her pregnancy with Evie she continued to read and she only wanted to read romance. She was reading a book a day — sometimes two.

In January 2016 Willow was staying up late with Evie and just thinking of all these stories. They came to her constantly so she finally sat down and just started writing. She always wanted to do it so she figured, why not? Today Willow cannot be happier for making that decision!