Drawn Into Love is book 4 in the Fluke My Life series. The series is centered mainly on the Reed sisters and Freemont brothers. It can be read as a stand-alone. Aurora Rose Reynolds brings us a sweet and flirty second chance love story. This is Lucas and Courtney’s story. Lucas was introduced in Running Into Love.Lucas is a single dad to Maddi. Living and working in NYC. Lucas wants to focus on his daughter. Courtney has recently relocated to NYC after a disappointing marriage that ended in divorce.

They meet when Courtney hires Lucas, an architect, to redesign the house she bought. Lucas is alpha, hot, kind, caring and a great dad! Courtney is so sweet and genuine. They have both had difficult relationships leaving them hesitant but their connection, their chemistry is too strong to deny.

There is something between us. I feel it whenever I’m near her.

Neither one of them are looking for love but it finds them! I enjoyed reading Lucas and Courtney’s story. The sexy times are H.O.T.! The story flows and the drama is minimal. It made me smile! There are a few cameos but not as many as in previous Fluke My Lifestories.

Drawn Into Loveis the conclusion the Fluke My Lifeseries. No one writes hot alpha/strong female/romantic love stories like Aurora Rose Reynolds! Although a bit predictable, I still loved the epilogue (no spoilers)! And there was a little bread crumb left over leaving me wonder if there will be another book or another series…..

This series has been fast and fun! There isn’t much more to say other than I loved it!

Blurb
From New York Times bestselling author
Aurora Rose Reynolds comes a flirty romantic comedy of big love and second
chances.
Courtney Williams wanted forever. She got six years of empty
promises, a divorce, and a well-deserved settlement that’s paid her way to
Manhattan. She has a new home under renovation, a new job, and a do-over as a
happy “single in the city”—until she meets an architect with designs on more
than her beams. He’s also a devoted single dad, a great cook, and has dark
lashes to die for. Too good to be true. Now all Courtney can do is whisper, Oh
no, not again.
Divorced Lucas Fremont isn’t looking to get swept away. But
how can he not with a woman this sweet and sexy? She’s making
his broken heart beat fast. His sister-in-law, Fawn, says go for it. But as
cautious as Courtney is, Lucas has to do more than that. He has to fight for
it. Now all he can do is think, Don’t let this one get away.
But Courtney comes with a secret. And Lucas comes with a
bitter ex. If love is to stand a chance, they’re going to have to take a
chance.
ADD TO GOODREADS 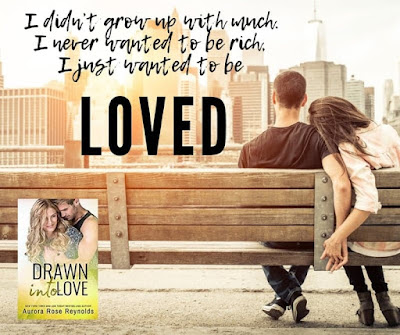 Aurora Rose
Reynolds is a New York Times, USA Today and Wall Street Journal bestselling
author whose wildly popular series include Until, Until Him, Until Her,
Underground Kings and Shooting Stars.
Her writing
career started in an attempt to get the outrageously alpha men who resided in
her head to leave her alone and has blossomed into an opportunity to share her
stories with readers all over the world.
Author Links
FACEBOOK
TWITTER
WEBSITE
GOODREADS
INSTAGRAM
Giveaway