#ReleaseBlitz #ItsLive ~~ Thief by A. Zavarelli 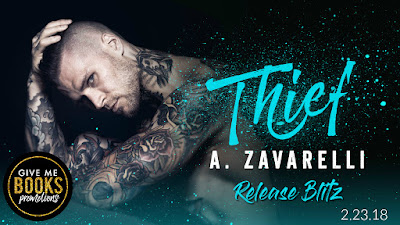 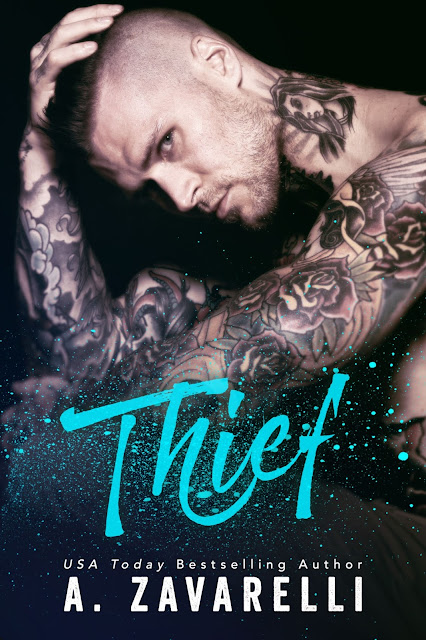 Release Date: February 23, 2018
Blurb
I’m a good girl.
I live by a code
that can’t be bent or broken. It is my duty to my family to stay innocent and
pure. To marry an Italian man. The stars are already aligned.
But Nikolai Kozlov
re-writes my destiny with five simple words.
You belong to me
now.
He’s Russian mafiya.
A thief. A skilled liar with no moral boundaries. He is everything I have
been taught to hate. A man who stands for nothing. A man who takes what he
wants without a second thought.
And what he wanted
was me.
He thinks he
controls my fate, but what he doesn’t know is, sometimes it’s the good girls
you have to watch out for.
I’m a dangerous man.
I live by a code.
The Vory code. It is my duty to my family to protect the brotherhood. To
destroy anyone who threatens what we stand for, including her.
She’s a dancer. A
beautiful little doll. My prisoner, and my new favorite puppet. This mafia
princess thinks she has me under her spell, but in the end, she is simply
collateral.
It’s a shame to
destroy precious things.
But this is what bad
men do.
ADD TO GOODREADS

STEPHANIE’S UP ALL NIGHT 5 BLUSH REVIEW

Thief is book #5 in the Boston Underworld series. It is a stand-alone and can be read as such. I have not read any of the other books in this series but I was able to follow the story without any problem.

Tanaka Valentini is the daughter of Italian mob boss Maneul Valentini. She is obedient but fierce. She lives in a world full of tradition and violence. All of her life she has been raised/trained to become a Mafia wife. To marry an Italian man. It was arranged by her father long ago. Her only joy is ballet. It is her passion, her only outlet in her lonely world. She has studied hard and has taken a spot in the New York City Ballet Company.

….That’s what I’ve been preparing for. My entire life. I’ve been sheltered. Schooled at home. Forbidden from having friends or leaving the house.

….My father arranged my marriage, and it was set in stone.

Nikolai Kozlov is Russian Mafia, loyal to the Vory Brotherhood. He is a thief, an artist, a complicated man. Manuel Valentini owes a debt to him. One he cannot pay. Manuel offers his daughter, Tanaka as collateral for his debt.

The story unfolds beautifully. There is so much emotion expressed. Tanaka and Nikoli have undeniable chemistry. The push and pull is amazing. Tanaka is determined to fulfill her duty to stay pure so that she may marry an Italian Mafia man. Nikoli knows that he must stay within his culture as well. He must protect the brotherhood and live by the Vory code. But fate has other plans. Nikoli’s behavior is infuriating at times and then he is thoughtful and protective. He manipulates, he takes.

“The thief stole my heart, only to hold it in the palm of his hand, extorting my affections when it suits him.”

The writing is fantastic. It is descriptive and flows from page to page. It kept me on the edge of my seat. I could not see a way out for either Tanaka or Nikoli. And then comes a twist or two. It takes you to places that you do not expect. The story was dark, raw and sensual. As I said above, Tanaka and Nikoli have an undeniable, explosive chemistry. One that cannot be denied!

“You are so lovely. So soft and sweet and pure. I want to ruin you.”

Ashleigh Zavarelli is a new author to me and I am so glad I took a chance on her! I want to go back to the beginning of this amazing series. To read it from its start and discover the characters that I have seen in this story. To see their stories……

“He has the will of a fighter and the artistry of a lover. Right now, he’s both. And I’m a slave to my weakness. A slave to him.”

Get ready for book 5 in the Boston Underworld. This is the last book in this series. I really like a good mafia story. This author takes us deep inside the Russian mafia.  They are ruthless.

Nikolai Kozlov is a thief by law who collects debts. He’s a member of Vory. Nikolai is an alpha male who is possessive and controlling. Nikolai has piercing blue eyes, a dirty mouth, and he isn’t afraid to take what he wants.
Tanaka Valenti is a good girl. She does everything she can to please people. She is a ballerina.  It’s all she knows and the only thing she can control. The one person who should take care of her is the one person who brutally hurts her and uses her for his huge debt. His name is Manual Valenti who is a sleazy Italian mobster.
This is a dark, unconventional romance. This author brings Nikolai and Tanaka’s story to life. She makes you feel like you’re there in the mix of everything. Tanaka is a heroine who is both strong and broken. Despite everything she has been through, she still sees good even at the darkest moments. How can someone not like Nikolai’s character? He isn’t your typical knight in shining armor. I was a bit sad to see this series end as I really enjoyed them, but I look forward to seeing were this author takes us next.
Purchase Links
99c for a limited time
AMAZON US / UK / CA / AU
Free in Kindle Unlimited 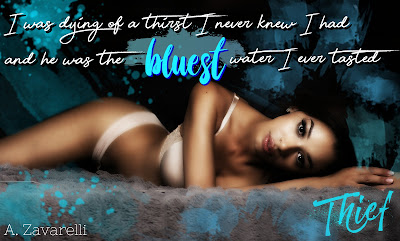 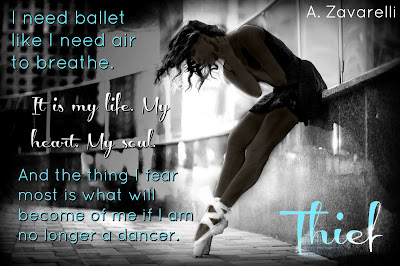 Excerpt
The first thing I always notice about a person is their
posture. I was raised to believe that good posture conveys good manners, as
well as respect for those around you. Nikolai carries his posture like a casual
‘f#ck you’ to everyone around him. There is no decorum in his leather jacket,
jeans, or his haphazardly laced motorcycle boots. Everything he wears is black,
but the small glimpse of skin beneath is a riot of colors. Tattoos cover every
inch of his exposed skin, including his throat.
I’m not sure which is more offensive- the ink or the faux
hawk atop his head. This is not the way you attend a ballet, nor is he the type
of man I expect my father to keep company with.
“Tanaka.” He reaches for my hand and kisses it in a way that
few men would ever dare to do in my father’s presence. “You dance beautifully.”
The words are unmistakably accented. Russian. And I’m
struggling to maintain my composure while making sense of this situation. My
father has always been protective of me. His own men know better than to speak
to me or look at me, but for this stranger, somehow, it’s okay.
My manners, at least, are still intact, so I reply as I should. “You’ve seen me
dance?”
Nikolai flashes a boyish smile in contrast to the deepness
of his blue-green eyes. “I like to invest my time in the arts.”

Also Available
All books are FREE in Kindle Unlimited 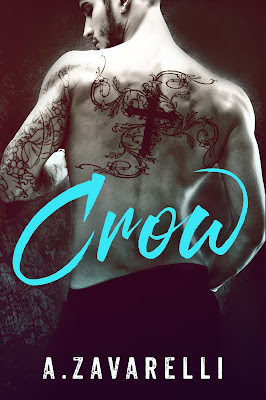 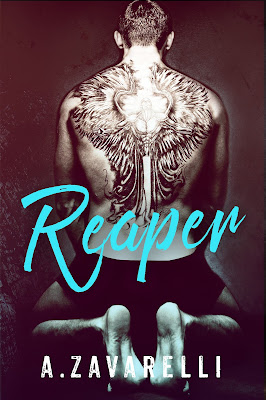 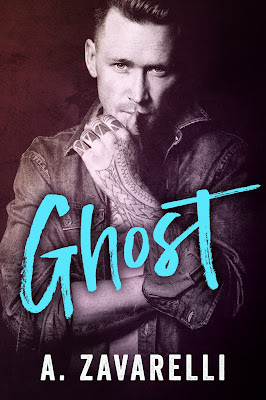 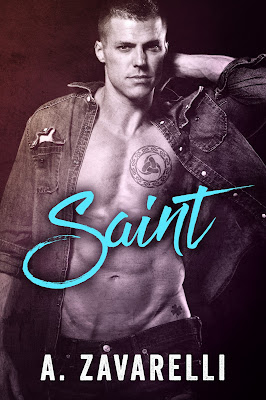 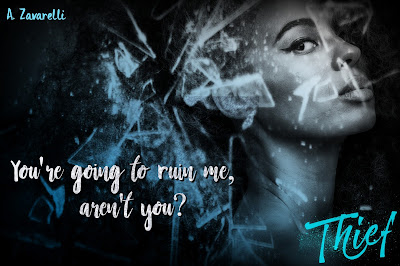 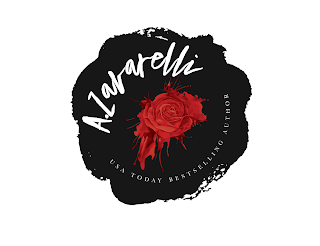 A. Zavarelli is a USA Today and Amazon bestselling
author.She likes all things chocolate, books that come with warnings, and putting her
characters through hell. Her tales have been known to flirt with darkness and
sometimes court it unabashedly altogether. Revenge themes and tortured souls
are her favorites to write and this gives her an excuse to watch bizarre and
twisted documentaries in her spare time.She currently lives in the Northwest with her lumberjack and an entire brood of
fur babies.
Author Links
FACEBOOK
NEWSLETTER
WEBSITE
TWITTER
FACEBOOK GROUP 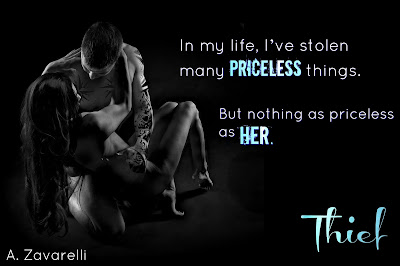