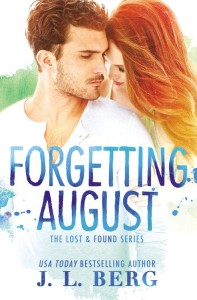 She can forgive, but can she forget?
Some days, Everly still thinks she sees him. In the food court at the mall, or in a car speeding past as the light changes. It only lasts a second, but when it happens, she slips back to a time when she was ruled-and nearly ruined-by August Kincaid. And it doesn’t matter that she’s moved on, that she’s about to marry another man. In those moments the only thing she can do to regain control is take a deep breath and remind herself that August can’t hurt her-because he’s in a coma. Except that he’s not anymore.

August is awake. With no memories, he sets out to solve the mystery of his lost life. He unearths a photograph of a beautiful redhead named Everly and knows instinctively that she’s the key. But when he finds her, the August she describes is more monster than man.

Tortured by the thought of having hurt her, August wants only to become the man Everly deserves. As the new August emerges, Everly glimpses the person she first fell in love with. But can she trust that this August is real? When the final secret of their shared past is revealed, one of them will make a choice that changes their future forever . . .

J.L. Berg got me good with Forgetting August! I was dazed and confused, as my emotions were a jumbled mess. My heart was torn in two and my brain working on over drive! It has angst, mystery, betrayal and all encompassing love! I would categorize it as romantic suspense, because I was always holding my breath waiting for the ball to drop! As I read, I was consumed with finding answers, questioning everything. I binge read this book for hours, unable to put it down….

“The heart wants what it wants”-

so much truth in those words….

August and Everly’s story is both destructive and wonderous. How can something so perfect, go so wrong?
August Kincaid has been in a coma for 2 long years and life has gone on with out him. Even his girlfriend Everly has moved on and is now engaged to another man. She seems to be happily living her life. Till she gets a call from the hospital that August is awake. Her world comes crashing down. How could it be? Will he look for her? But August doesn’t remember her or anything else. He has Amnesia and has no idea who he used to be. But Everly knows exactly who he is and what he’s capable of. He is a monster in her eyes. She has so much anger and unresolved feelings towards him. Her only answer is to get closure …. If only life were that simple. (The heart wants what it wants) August’s mind does not remember her, but his heart sure does. She soon realizes the old August is gone. How can you hate someone who no longer exists? This is a slippery slope…. I was flip flopping, my heart and mind were at odds. After every thing I found out about August, why did I feel bad for him? Why was I falling for a monster?? Well, what I can tell you is the new August has an inescapable charm that just lures you in. He’s so vulnerable and lost yet sexy. He’s the broken bad boy you can’t resist…. But is the old August really gone for good??? You will have to read it to find out. But do not be mistaken, this is not just a story about a guy losing his memory, it’s so much more. It made me think… How many of us would jump at a chance of a clean slate with an ex to possibly get a new outcome? Or how about getting a new slate with our own lives? Hmmmm…..

My only critique is it got a tad wordy in spots, but the push and pull… sexual frustration and chemistry between August and Everly kept me mesmerized turning the pages, while the ending left me speechless. It is a must read! I will be counting the days till book 2, it can not come fast enough…

An ARC was provided to Blushing Babes Are Up All Night Book Blog in return for an honest review. 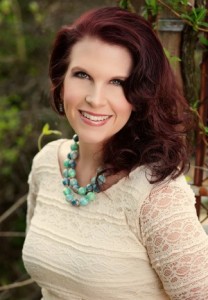 Author J.L. Berg is a California native living in the South.  She is the author of the self-pubbed Ready series, which has sold over 100,000 copies.  Married to her high school sweetheart. She and her husband have two beautiful girls that drive them batty on a daily basis. When she’s not writing, you can find her with her nose stuck in a romance book, in a yoga studio or devouring anything chocolate. 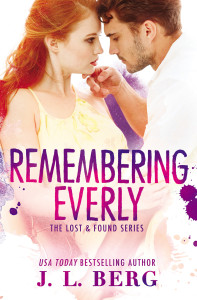 After a stunning cliffhanger ending in Forgetting August, USA Today bestselling author J.L. Berg delivers the happily ever after that fans have been waiting for in the sequel, REMEMBERING EVERLY.

He’s forgotten his past, but it hasn’t forgotten him. After losing two years of his life trapped in a coma, August Kincaid will do anything to win back the love of his life. But his past threatens to destroy his second chance at happiness, it’s Everly who is in danger of paying for his crimes.