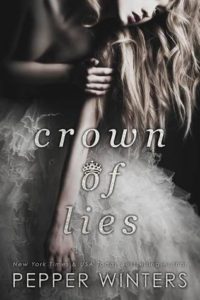 “I met the boy I wanted. But then he vanished and a new man claimed me instead. My father approved, my colleagues congratulated, and behind closed doors, I was bedded by a stranger.”

Noelle Charlston lived a fairy-tale life: a doting father, a powerful job, and a future blessed with financial security.

Noelle’s freedom was no longer hers. It belonged to the man her father believed was the perfect match. The man who pulled his lies over everyone he touched.
Including her.

Seduced and manipulated, Noelle lives two lives. The one everyone sees on the outside and the one no one sees on the inside. The lies he spins, the truth he hides, the mystery he webs—it’s all enough to slowly erode the woman she’d been and turn her into something else.

Until her past collides with her present.
And it’s her turn to lie.
To everyone…including herself.

KERRY’S 5 STAR REVIEW
This book is the first book of a two-part series.  It starts off with Noelle Charleston, telling the story in her POV. We get a glimpse into what it’s like for her has a child and is being groomed into an heiress of Belle Elle. She feels alone, even though she has a loving father. She wants more than what she has in her young life.
With Noelle struggling as a young teenager with no dates, first kiss or ever being in love, she also doesn’t even have friends like a normal teenager.  She’s a bit socially awkward.  She has a devoted father who would move heaven and earth for her, but he doesn’t see how she struggles internally.
Noelle makes a rash decision on her nineteenth birthday that leads her into a situation she never thought she would never be in. Her savior is a man engulfed in dark dominate force.   She calls him Nameless, but as years go on she can’t stop thinking of him.
Penn Everett is a bit of mystery and completely alluring and has sought Noelle out. He appears out of nowhere!  Time passes and Noelle finds herself getting her emotions in deep she doesn’t know how to break the sexual tension that is undeniably explosive!  Penn has deep secrets.  But will he be willing to share them with Elle or will it destroy them?
I highly recommend this book!!  It’s gripping from the very beginning!  It’s fast paced, a bit dark, erotic, full of suspense, and a ton of twists and turns!  But then again, I would expect nothing less from Pepper!  She always manages to captive you!
NOW AVAILABLE
Amazon http://amzn.to/2jNkwF4
iBooks: http://apple.co/2i2Exbj
Nook: http://bit.ly/2j9oGZm
Kobo: http://bit.ly/2jCkZaR
GooglePlay: http://bit.ly/2kpkNwt 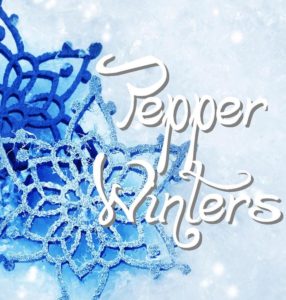 Purchase Monsters in the Dark: Tears of Tess | Quintessentially Q | Twisted Together | Je Suis a Toi