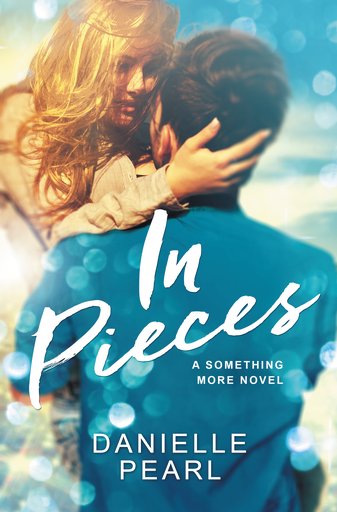 IN PIECES by Danielle Pearl

Part of the Something More series.

The second New Adult novel in the Something More series by bestselling author Danielle Pearl!

Beth Caplan is ready to begin college a new woman. She’s worked hard to overcome her demons, and she’s eager to live in a world where no one knows about her past. Except, of course, her childhood crush. David March has known Beth a lifetime. Tasked by her older brother to look after the beautiful incoming freshman, he takes his job exceptionally seriously. Even if she tempts him in ways no kid-sister type ever should.

When Beth’s ex shows up as a transfer student, and a creepy stranger with a reputation for violence sets his sights on her, Dave will do whatever it takes to protect her, even if it means moving her in with him. When he learns just how much a secret from his past hurt the girl he’s always cared for, he becomes doubly determined to protect her, even from himself. But that’s easier said than done.

This is the second book by Danielle I’ve read, and what I can say is that there was just enough angst to make me want to finish the book. I had to know what happened and how it all ended. Where this book fell short… communication or the dialogue. Beth and David were so frustrating in their lack of communication that it really took from the story for me. And what really bothered me is how much David struggled to communicate when he was going to college to be a writer… even if he isn’t much for voicing his feelings or thoughts, I kind of expected some epic letter that never came.

The overall writing is definitely good. One area Danielle has not disappointed me in.

“So many things in this life, even the things that appear the most beautiful–especially the most beautiful–fall apart when viewed up close. They reveal flaws and imperfections, hidden truths that change your entire perception of them.”

The epilogue was definitely a nice touch to tie together the loose ends and to see where David and Beth end up. 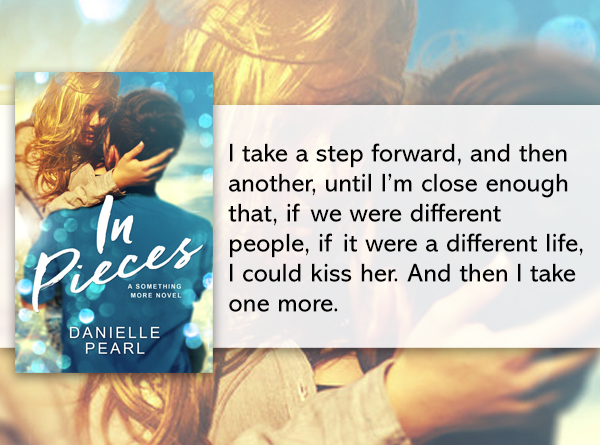 Danielle Pearl is the bestselling author of the Something More series. She lives in New Jersey with her three delicious children and ever-supportive husband, who—luckily—doesn’t mind sharing her with an array of fictional men. She did a brief stint at Boston University and worked in marketing before publishing her debut novel, Normal. She writes mature Young Adult and New Adult contemporary romance. Danielle enjoys coffee, wine, and cupcakes, and not in moderation.

Add In Pieces to your shelf on Goodreads: http://bit.ly/GRdpearl 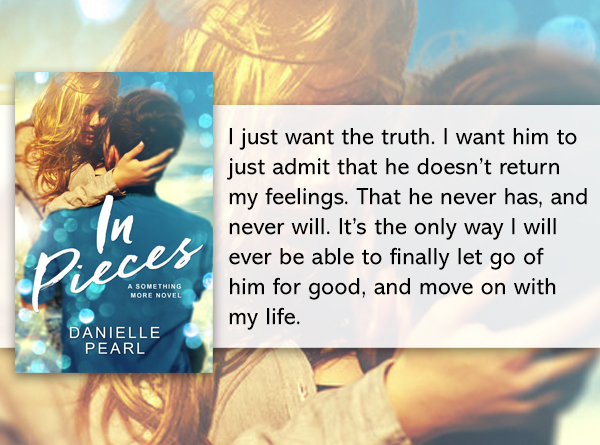 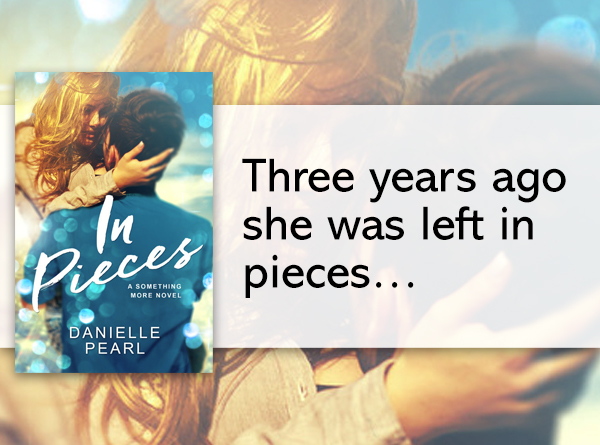