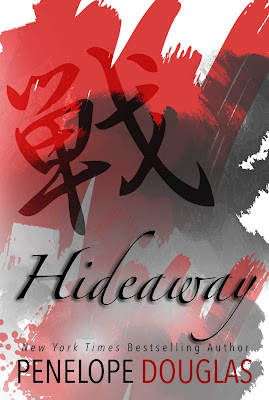 Synopsis:
DEVIL’S NIGHT is returning! Hiding places, chases, and all the games are back…

Buried in the shadows of the city, there’s a hotel called The Pope. Ailing, empty, and dark—it sits abandoned and surrounded by a forgotten mystery.

But you think it’s true, don’t you, Kai Mori? The story about the hidden twelfth floor. The mystery of the dark guest who never checked in and never checks out. You think I can help you find that secret hideaway and get to him, don’t you?

You and your friends can try to scare me. You can try to push me. Because even though I struggle to hide everything I feel when you look at me—and have ever since I was a girl—I think that maybe what you seek is so much closer than you’ll ever realize.

I will never betray him.

On Devil’s Night, the hunt will be coming to you.

You have no idea what I seek, Little One. You don’t know what I had to become to survive three years in prison for a crime I would gladly commit again.

No one can know what I’ve turned into.

I want that hotel, I want to find him, and I want this over.

I want my life back.

But the more I’m around you, the more I realize this new me is exactly who I was meant to be.

So come on, kid. Don’t chicken out. My house is on the hill. So many ways in, and good luck finding your way out.

I’ve seen your hideaway. Time to see mine.

*Hideaway is a romantic suspense suitable for ages 18+. While the romance is a stand-alone, the plot is a continuation of events that began in CORRUPT (Devil’s Night, #1). It is strongly recommended that you have read Corrupt prior to reading this. It is currently on sale for $0.99.

The four horsemen were entitled teenagers. They owned the town. They became dangerous, and they belonged to no one. You can run, but you can’t hide. They will come. This is a psychological thriller that will send chills down your spine. Six years ago, Devil’s Night changed the four horsemen. They are scarred. In this book, relationships are tested and secrets that have been haunting them will be revealed. Penelope Douglas has delivered another amazing book. It’s dark, dangerous, mysterious and lots of anguish, but she leaves the best for last. The anticipation throughout and the character build up has you wondering where she’s gonna take it. I suggest you read Corrput before reading Hideaway.

This is Kai and Banks’ story. They met years ago when they were young. We get the back story on Banks and it gives you so much insight on what she went through. Kai Mori is more than a handsome rich kid. There are many layers to his character. We see more depth of these characters as the story goes on.
This is a slow burn romance. Once it takes off, there’s no telling where it’s going to lead us. The epilogue was one I didn’t see coming. We get a glimpse of Kill Switch which is the last installment of the horsemen. 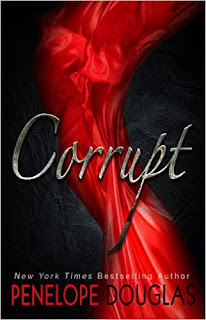 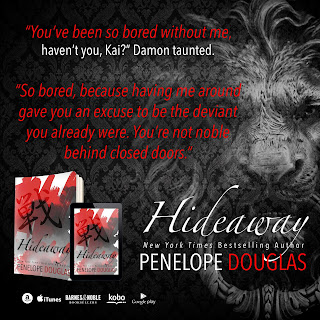 About The Author:
Penelope Douglas is a full-time writer living in Las Vegas with her husband and their daughter. When she’s not writing or reading, she loves road-tripping, touring retired, old ships, and pinning anything not nailed down.

Her books include the Fall Away series (Bully, Until You, Rival, Falling Away, Aflame, and Next to Never) and the Devil’s Night series (Corrupt and Hideaway (and Kill Switch and Nightfall–not yet released). Please look for her stand-alones Misconduct and Punk 57. Available now.