“Witty, sexy as all hell, and addictive like no other, Staci Hart BRINGS IT with Bad Penny.”

Nothing good comes after the third date.

See, date three is the crucial point when things get real, which is exactly why I bounce out the door, twiddling my fingers at whatever poor boy I’ve left behind. Because if I stick around, one of three things will happen: he’ll profess his undying love, he gets weird and stalky, or I’ll go crazy. Like, Sid and Nancy crazy. Like, chase-him-through-the-streets-begging-him-to-love-me crazy.

Seriously, it’s better for everyone this way.

So when I meet Bodie, I figure it’ll be the same as it ever was. It doesn’t matter that he doesn’t put a single string on me. Doesn’t matter that he’s funny and smart and jacked and can play my body like a grand piano. Because even though I’m built for love, love has only carved me up like a Christmas ham.

Resistance is something I can only hang on to for so long, and he has persistence in spades. But my heart isn’t as safe as I want to believe, and neither is his. And the second I ignore my cardinal rule is the second I stand to lose him forever.

Tera’s 5 Star Up All Night Review

What the hell can I say about Penny other than she is fucking awesome. I wish I held just a single ounce of her confidence. Staci Hart has given us one of the best heroines ever with Bad Penny.

In Bad Penny we see Penny break her own rules and struggle with making new ones especially when it comes to sweet, smart and sexy Bodie.

“Because in that moment, for the first time, I’d found something real, something beyond me, even if I didn’t know what to make of it. I only knew how it felt, and I felt it all the way through me, through every atom.”

Penny doesn’t do relationships. She does do fun and hot sex, but what happens when Bodie makes her want to break the rules? When things get real? When things get complicated? Watching Penny grow in this exact situation through this book is just stunning.

Bad Penny is funny with some of the best banter among characters I’ve read in a long time. It’s also oh-so -hot. But it’s also heart felt. Staci really hit it all with this book and it’s set up perfectly to write about more of these characters.

Now 99¢ and FREE in Kindle Unlimited! 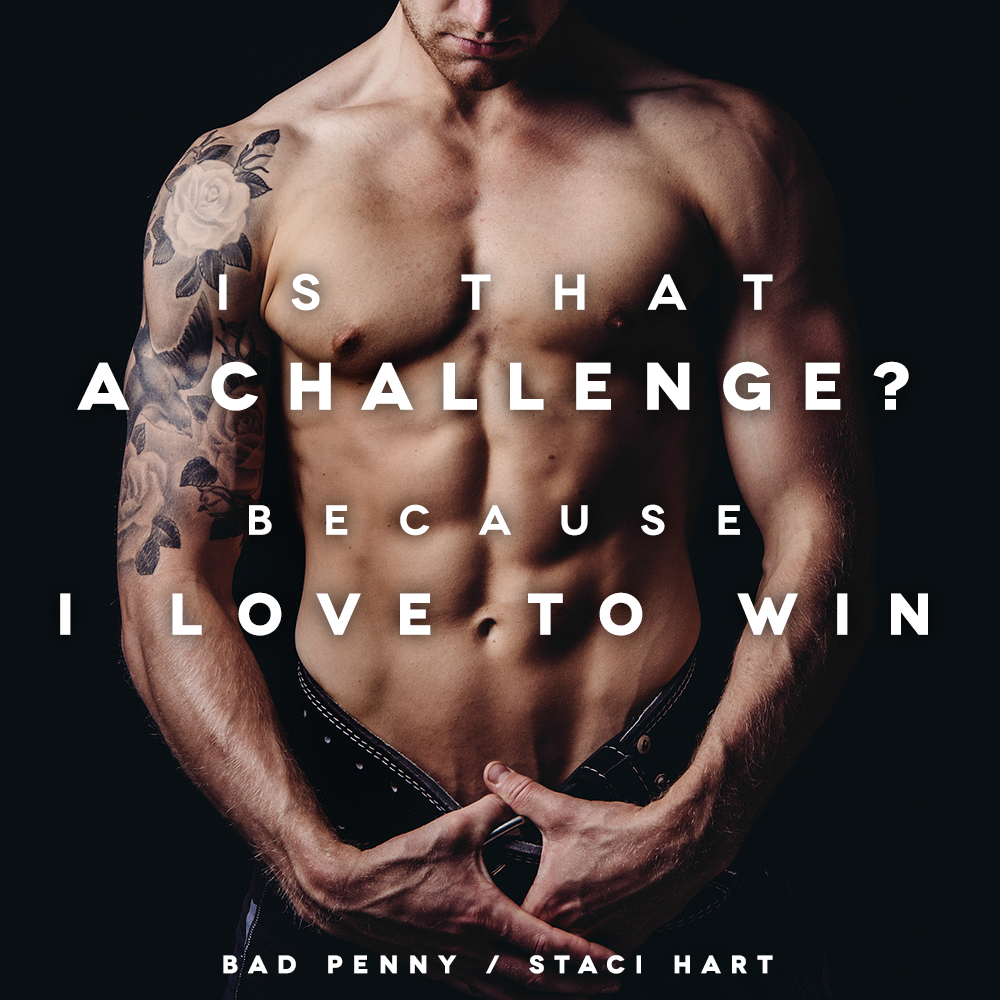