If you still have issues contact us immediately at trsorpromotions@gmail.com 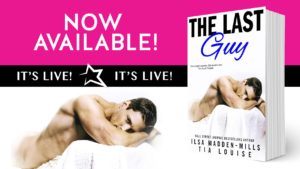 ONLY $0.99 and FREE on Kindle Unlimited! 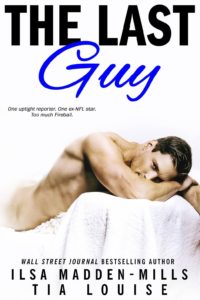 The first rule of office romance is don’t do it—especially if your dream is to hold the anchor spot on the nightly news and your boss is trying to get you fired.

But one look at Cade Hill, the sexy new sports director, and uptight reporter Rebecca Fieldstone is daydreaming about other things.

Sex in his office…

Sex in the on-set kitchen…

Sex in the supply closet…

She can’t stop thinking about the former NFL quarterback and how perfect he’d look between her sheets—except he’s an arrogant jerk with a huge…ego.

He’s the last guy she’d ever have a one-night stand with.

Cade Hill draws a thick professional line on office romance—until it comes to the hyper-focused Rebecca. He wants her, and he gets his wish when a chance encounter has them having the hottest sex of their lives.

It’s just a hook-up, she says.

When can we do it again? he says.

With Rebecca determined to keep Cade in the friend zone, it’s going to be an uphill battle for Cade to convince her he’s the last guy she’ll ever want.

I love when authors collaborate. I have read quite a few Ilsa Madden Mills books and this is my first Tia Louise book.

This story – I really enjoyed. I love a good steamy office romance. There is also a bit of enemies to lovers theme going on too!

Cade has himself a bit of a reputation and Rebecca wants absolutely no parts of it! She’s a hard working, driven and wants to achieve her goals at work. When work and play mix together – man the fun begins!

The fireworks explode and there is no stopping them. One thing I know from other books is that Ilsa Madden Mills can write some super sexy and it seems as though – so can Tia Louise!

Cade is one determined man who has a few skeletons in his closet that often sneak up and offer some obstacles for his relationship with Rebecca. Rebecca is such a strong woman but we often see her vulnerable side. I enjoyed watching the progression of this relationship. I also loved that these authors threw in some laugh out loud moments too!

At times while reading – I was a bit confused. I had to read a few paragraphs a few times, which was frustrating. I did read an uncorrected proof so I am hoping that most of these concerns will be edited out. I was often thrown with the he/she pronoun used when discussing Rebecca’s roommate who is a drag queen. I understand while dressed as a drag queen we would refer to Chas as a she but out of drag I expected to refer to him as a he. It’s not a reason NOT to read the book but this often confused me.

I have read both these authors so when I heard they were collaborating I had to read The Last Guy!  It’s a funny witty read!
Rebecca Fieldstone is 28 and she is trying to work her way has a lead newscaster. She works hard. She hasn’t had the best of luck with her wardrobe malfunctions and and boob-grabbing monkey! But Rebecca has a problem with her co-worker, Cade Hill.  Things come easy to him and she wants no part of him.
Cade Hill is a cocky, ex NFL player.  He’s only been working at the news station for a short time. Cade doesn’t want any serious relationships, thanks to his ex leaving him at his weakest point. He has set his eyes on Rebecca for the very beginning. With them being co-workers romance is off the table.
One night both Rebecca and Cade ran into each other at a club after many drinks their platonic relationship crosses the line. Rebecca lives with her roommate Chas, who’s a cross dresser, and is referred to has a She, but when not dressed.  I thought they were referred as a He which made me a bit confused.  This could have been explained and executed a little more clearly.
Cade loves to push Rebecca’s buttons.  It’s funny to see these two go at it. Rebecca had a pre-notion that Cade was a just a dumb ‘jock’, but he’s considerate, caring, and passionate. These two sizzle throughout. There’s so much humor!  It’s a fun read.

LISTEN to the playlist on Spotify: https://goo.gl/AXnGKe

Wall Street Journal bestselling author Ilsa Madden-Mills and the “Queen of Hot Romance” Tia Louise are not a secret duo, but simply themselves.

Great friends, former English teachers, and southern gals in real life, they’ve teamed up to bring you laugh-out-loud naughty romances with strong leading ladies and sexy alpha males who know how to please their women—and who sometimes you just want to slap.