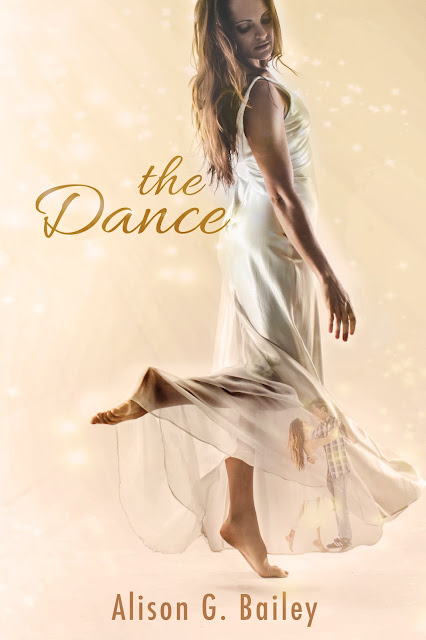 
Cover Design: Murphy Hopkins, Indie Solutions
The Dance is the story of what happens after the happily ever.
Bryson Walker stumbled heart first into the steady rhythm of her
life, never questioning whether other possibilities existed. She had been
Will’s girl since their junior year in high school, followed him to college,
and married him soon after graduation.
In every respect, they were a loving and successful couple,
until a series of missteps shattered all of Bryson’s truths. Maybe their life
was nothing more than smoke and mirrors. A performance that was never based in
reality.
Hart was barely an acquaintance. He and Bryson shared one brief
moment during senior prom, full of friction and heat that ignited a spark. But
that night Bryson walked away and Hart let her go.
Years later, twisted fate brings Bryson and Hart together again,
causing her to wonder if this is her second chance at once in a lifetime.

The Dance by Alison G. Bailey is fan-freakin-tastic. I was blown away and SPEECHLESS.

As young girls, we all dream of marrying our prince, starting a family and living in a beautiful castle with a white picket fence. Sounds perfect, right? Well, The Dance proves that life is NOT perfect and it definitely does not always work out the way we have planned…..
What happens after the vows, when you see the other person for who they really are? Turns out some Princes are really just frogs!

This is a story about a young couples corrosive and deceptive relationship from beginning till the end. The events that transpire will leave your mouth agape….. Childhood Sweethearts Bryson & Will are a seemingly perfect married couple who have it all…. Everything is all shiny on the outside, while rotting on the inside. When is it ok to let go of till death do us part??

Bryson is like most young woman, impressionable, insecure and naive with one exception, she is also very manipulated. Wanting the perfect life, she ignores all the red flags. From the very start of their relationship, Will has been very cunning and calculated. He knows how to play her like a fiddle. He can be very callous and cruel one minute and charming the next. He infuriated me to the point of cursing at my kindle… I wanting to shake Bryson and have her open her eyes!

As the story progresses, there are some interesting and sad turn of events, that have Bryson finally waking up. Then a twist of fate brings an old friend back into her life…. Hart Mitchell is everything her husband is not and MORE. Life has not been kind to him, a tragic event changed his life forever. He has endured so much, but he still lives his life to the fullest. He is gallant, compassionate and selfless. He brought this book home for me! Hart is the real Prince charming we all hope to find…..

The Dance took me on a unexpected emotional and mental ride. I felt an orchestra of emotions ranging from rage to despair. By the time I was finished, I was depleted and deeply affected. I love when a book is so realistic you can compare it to reality and your own life. Making you think, what would I do? The Dance is all about strength, forgiveness and benevolence… It is also an epic indescribable love story that will leave you breathless.

Nicole’s 4 Star Review
The Dance was one of those books that, for me, was tough to get through. It wasn’t that it was badly written. It’s very well-written! Alison G. Bailey never fails to tell a complex story with interesting characters. The Dance is no exception. I had a hard time with it because the story dealt with one of my hot button topics, infidelity. Infidelity is one of those things that needs to be handled with care and dignity by the author. In The Dance, the topic is definitely addressed with both, so much so, that I was able to hang on for the ride.
Bryson and Will were high school sweethearts whose eventual marriage was a foregone conclusion. On the outside, their marriage looked like they had it all…a great home, a doting husband and a loving wife. The sad fact is that their married life was a sham. Bryson was a stay-at-home wife who spent time wondering what more she could have out of life, but too afraid to go and see. Will was a manipulating, controlling husband who liked Bryson to be at his disposal. When fate hits their sham of a marriage square in the heart, events slowly unfold that reveal Will for who he really is and send Bryson into the life of the one person who ever made her question her future with Will. In the end, Bryson will have to face her own insecurities and fears to get what she finally wants in her life and Will will have to own the hurt and heartache that he caused Bryson.
I do recommend this book. It really is well-written, full of twists and tons of emotions. If you want a good cry, The Dance will definitely cause the tears to fall! 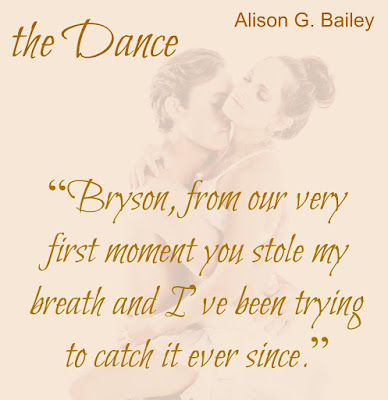 Prologue
I stood in front of the glass wall, mesmerized. The fake sunlight shimmered down through the water, bouncing off the yellow, green, and pink coral. The blue glow of the tank gave the dimly lit nook a mystical dreamy feel.
The prom committee had pulled off an epic feat this year. Instead of having the dance in our gross school gym it was being held at the new state-of-the-art aquarium downtown. Once the student committee agreed, Megan Sims, head cheerleader and overly developed youth, was given the task of presenting the new location idea to the faculty advisor, Mr. Hall. During the meeting, as Megan waxed poetic about riding the waves of hope out into the ocean of the future, she hoisted her massive boobs up to meet Mr. Hall’s sightline. Three seconds into Megan’s spiel the dude was so titnotized that he would have offered up his first born in order to pay the rental fee.
At first, I had my doubts about spending my final prom at the aquarium. The fishy décor didn’t exactly scream romance, but I had to admit, it was pretty cool. The dance was in Ballroom A, which opened up onto a huge deck facing the Charleston harbor. Inside three giant purple octopus chandeliers hung down from the ceiling, casting cool shadows on the walls covered in varying shades of blue. Big white coral sculptures were at the four corners of the room. Tables draped in white linen with candles and seashell centerpieces outlined the room, leaving a huge space in the middle for dancing.
Continue Reading…. 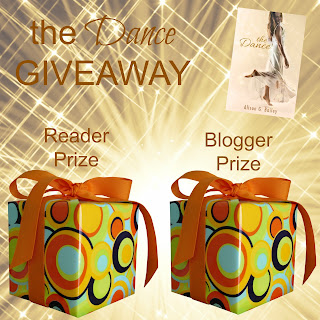 I was born and raised in Charleston, SC. I attended Winthrop University and graduated with a major in Theater. While at school I began writing one-act plays, which I later produced. My debut novel, Present Perfect, landed on Amazon’s Best Seller List and appeared on many “Best Reads of 2013” Book Blogs. The novel won Best Book at the 2014 Indie Romance Convention Awards. My second novel, Past Imperfect, was published in February of 2014 and appeared on several best books of 2014 lists as well. Presently Perfect, the third and final book in The “Perfect” series was released in Dec 2014 to rave reviews. In March 2015 all the love, swoon, heat, and angst were combined into the Perfect Series Box Set. My fourth novel, Stop!, released in June 2015, becoming a bestseller in YA/Teen category.