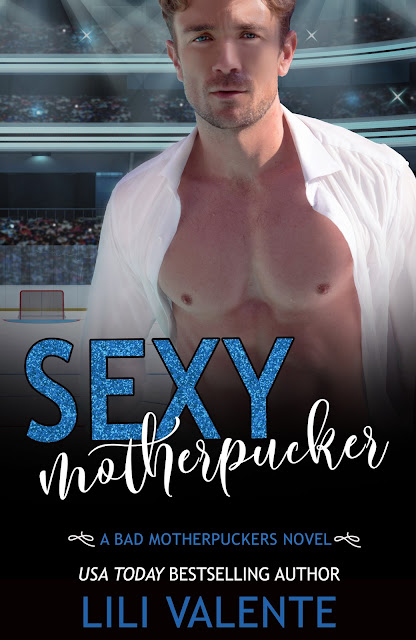 Title: Sexy Motherpucker
A Bad Motherpuckers Novel
Author: Lili Valente
Genre: Steamy Romantic Comedy/Hockey Romance
Release Date: May 22, 2017
Blurb
When the family dog trots in with my diaphragm in its mouth—in
front of my date, his parents, and his adorable little girl—you would think I’d
hit rock bottom.
WRONG.
Let’s back this up a sec…
Brendan Daniels is the sexiest man alive. The captain of the
Badger’s NHL team is also clever, kind, funny, and was my good friend…until we
cruised out of the friend zone one weekend with a red-hot fling. Come Monday
morning, I wanted to keep riding the Big O train to happy town, but Brendan
wanted someone who was “stepmom” material.
A.K.A, not me, apparently.
The problem? I’m crazy in love with him and his daughter. So when
he asks me to be his pretend girlfriend for a long weekend with his former
in-laws, I say yes. We’re still friends, after all, and friends don’t let
friends fake it alone.
***
Laura Collins is the last woman I should be thinking about taking
in the back seat of my car, in the woods behind my in-laws’ house, or in a
hotel room where we’re sharing one very small, very squeaky bed.
I need a steady, stable influence for my daughter, not a fling
with this too wild, too young, too impulsive red head. So what if she’s
beautiful and intense and passionate and has the biggest heart I’ve ever known?
I don’t want to fall in love. I really don’t. The whole “pretend
girlfriend” thing was supposed to solve my problems, buy me a little more time.

But when it comes to Laura?

Hell,
maybe I’m just not cut out for faking it. 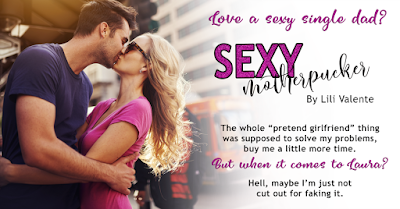 My fist Lili Valente book.  There was one book prior but I was able to jump right in and follow along! (But I just might go back and read Hot as Puck!)

This book had a lot going on!  Friends to lovers, single hot Dad, secret girlfriend and oh yeah – NHL bad boy!  What more could a girl ask for in a book?

Laura has been such a good friend to Brendan.  She has helped him watch his daughter when needed, she has helped him, and his team, The Portland Badgers, become one of the biggest teams in the NHL.  And oh yeah, that one weekend together and the secret crush she has one him!

Brendan, the single hot NHL Dad who loves his daughter.  He may be known to be a bit on the cranky side, but as Laura says, “Damn, he’s nice to look at.”

After a weekend of fun in the sun (well bedroom mainly), Brendan has decided to only be friends with Laura. But low and behold, he needs Laura to help him.

Laura is a sweetheart. She loves Chloe, Brendan’s 7-year-old daughter, as her own.  They have such a sweet relationship with each other.  Chloe made me laugh out loud a few times (as did Brendan and his hockey buddies).   Laura is a loyal friend and agrees to be the “pretend girlfriend” that Brendan needs to show his in-laws that he’s a good dad and is moving forward after the death of his wife.

Brendan may sound like a jerk, but I found him to be so damn sweet!  This story gave me all the feels that I love in a romance book.  I loved the relationship between Laura, Chloe, and Brendan – I loved watching them both learn to care for each other.

My only concern while reading was Chloe.  The texts and “voice” that the author gave to Chloe seemed a little older than 7 years old.  She was using words that I am unsure a 4th grader would be using with texting and in conversation.  It was just my pet peeve, but didn’t take away from the story. I just felt that Chloe seemed older than only 7 while reading. 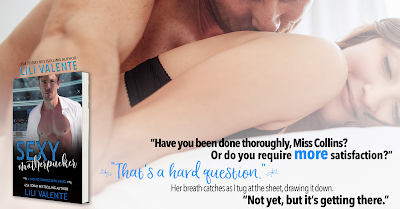 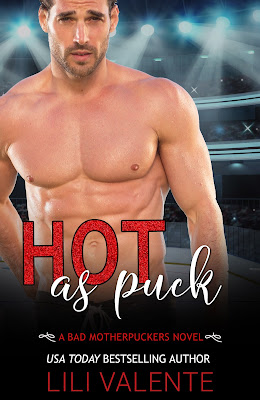 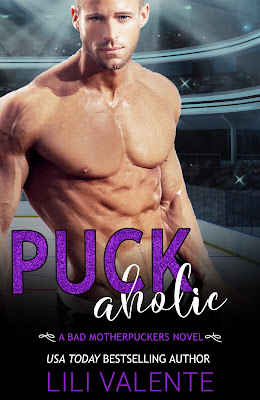 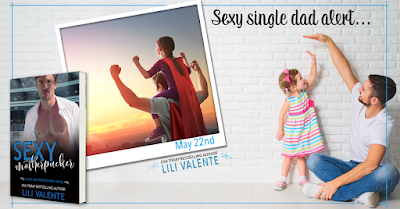 Author Bio
Lili Valente has slept under the stars in Greece,
eaten dinner at midnight with French men who couldn’t be trusted to keep their
mouths on their food, and walked alone through Munich’s red light district
after dark and lived to tell the tale. These days you can find her writing in a tent
beside the sea, drinking coconut water and thinking delightfully dirty
thoughts. 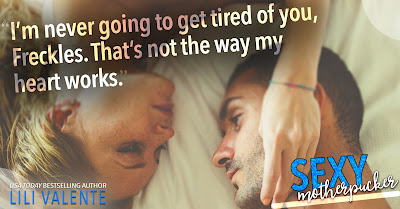