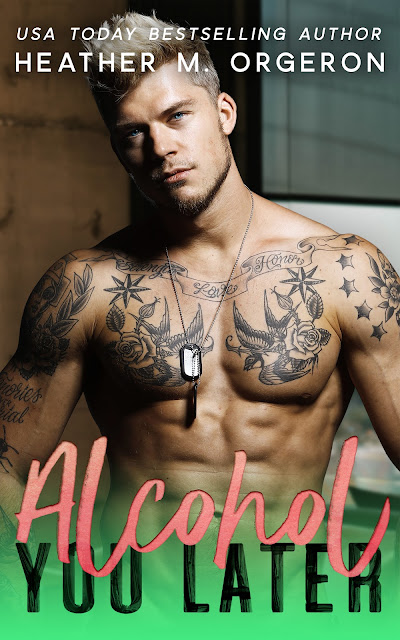 I love a great ROM-COM and I think Heather Orgeron gave me so much more than just a romcom with this book.  There is some serious angst in this book, some laugh-out-loud moments – and some serious sexy!
Nick is a drummer in a famous band and Raven is his best friend with benefits. Nick has a surprise dropped at his door and all he wants and needs is his bestie to help figure it all out.
Raven is the best friend who wants so much more and hopes that one day, Nick will figure it out.  With their new normal, Raven on tour with Nick – the sparks are flying pretty quickly. I was a bit worried for Raven for a while – she was taking on too much and Nick wasn’t being a good friend, taking her for granted which made me very upset!  Nick does redeem himself and becomes an amazing man once again! Watching Nick become a better man was sweet as could be and I could finally see what Raven loves about him.
BLURB
They say to never meet your heroes… but what’s the rule on falling in love with them?
Raven Winters has been infatuated with Nicholas Potter since the day she tacked his poster to her bedroom wall. So, when she discovered the famous drummer was her college roommate’s cousin, it seemed the stars had aligned.
Their attraction was instant, and their chemistry explosive. Unfortunately, Nick wasn’t ready to abandon his rock star lifestyle.
Over the years, she’s become his best friend—with benefits—and favorite source of telephonic relief when the groupies backstage weren’t quite what he was looking for. Those late-night drunken calls kept her holding onto hope.
Well, all that patience is about to pay off—why else would he invite her to join him on tour, if not to finally confess his feelings?
Too bad, the universe has other plans. It looks like drummer boy’s reckless lifestyle has finally caught up to him—and Raven’s the one stuck toting the diaper bag.
ADD TO GOODREADS 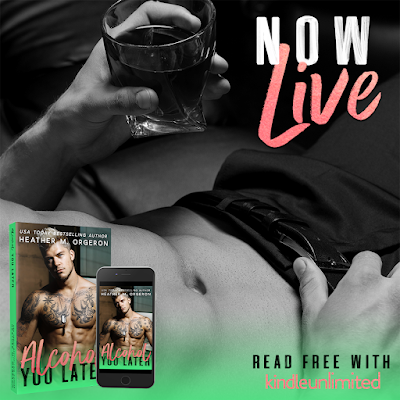 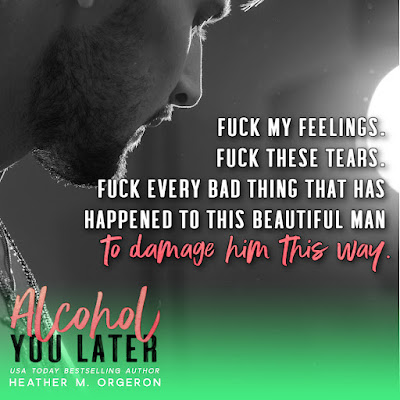 EXCERPT
“I guess congratulations are in order, huh?”
“Please don’t do this,” I beg, ripping my hands through my hair. “Don’t act like any of this is okay, because it’s not.”
“What would you have me do instead?” she asks, stilling my hands with her own. “Rage? Scream?” She snorts. “Cry?”
“If that’s what you feel you need to do.”
She shakes her head, rolling her glistening eyes. “Don’t you think that’s a little extreme of a reaction for a friend to have when her bestie learns he’s just become a daddy?” 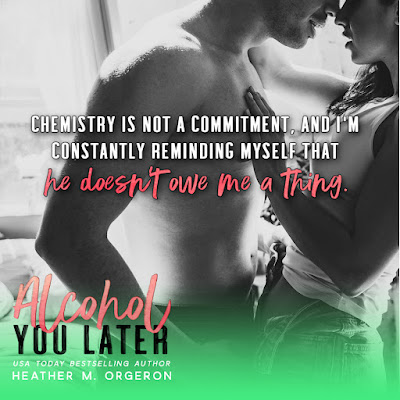 AUTHOR BIO
Heather M. Orgeron is a Cajun girl with a big heart and a passion for romance. She married her high school sweetheart two months after graduation and her life has been a fairytale ever since. She’s the queen of her castle, reigning over five sons and one bossy little princess who has made it her mission in life to steal her Momma’s throne. When she’s not writing, you will find her hidden beneath mounds of laundry and piles of dirty dishes or locked in her tower (aka the bathroom) soaking in the tub with a good book. She’s always been an avid reader and has recently discovered a love for cultivating romantic stories of her own.
AUTHOR LINKS
WEBSITE
FACEBOOK
FACEBOOK GROUP
TWITTER
INSTAGRAM
PINTEREST
GOODREADS
NEWSLETTER 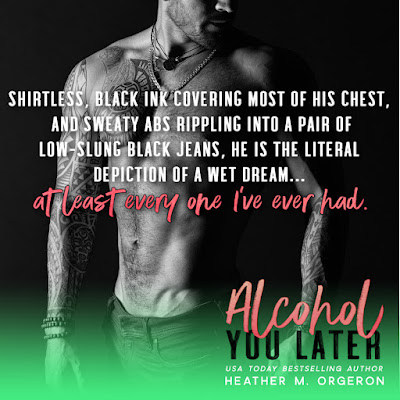