In the game of love, she never loses.

Aphrodite knows love — just don’t ask her to figure out her own mess.

Rather than deal with her sticky love life, she toys with the hearts of unwitting humans. It’s a little game she plays, and the stakes are high. Lucky for her, she’s just found the perfect match.

Lex is everything Dean needs, but he can’t have her.

It doesn’t matter that her eyes speak to a long forgotten part of him, or that her art and poetry touch his shredded heart. She’s off limits — crossing that line would implode his band and everything he’s ever cared about. There’s only one option: stay away from her, no matter the cost. Even if the price is his heart.

Dean is everything Lex wants, but she can’t take the risk.

The second she meets him, she knows her heart is in danger. She’s convinced it’s only attraction that has her hung up on the dark, quiet lead singer, but with every day that passes, she knows it’s more. It’s just that she can’t put her heart on the line. She won’t — love has never been worth the sacrifice.

If only they knew they were just pawns in a much bigger game. And in the game of love, Aphrodite never loses.

*Formerly titled Deer in Headlights, Paper Fools has been rewritten and reedited just for you.*

A new-to-me author.     Check.A new-to-me genre.     Check.A new author obsession.      Check.I have avoided paranormal romance for a long time for no particular reason other than I didn’t THINK I would like it. So when I was given the opportunity to read Paper Fools, I jumped on the chance. Plus I had heard so many good things about Staci Hart’s writing. Paper Fools is such a different story. A story where the Greek gods meddle in the lives of humans as they have been doing for thousands of years. But now they play games and Aphrodite is up against Apollo.  Dean up against Lex. And I was rooting for every single one of them. Staci built onto the mythological stories many of us have previously heard of. It was fascinating. And although there are several different POVs, they are so well-written and easy to follow. The only thing that was a little difficult was when the Olympus POVs were current, or a flashback to provide backstory. It didn’t take from the story, but it wasn’t always a smooth transition. I can’t wait for Ares and Aphrodite’s story!!!

She reached into her bag, digging around in the black hole for her book, but looked up, sensing someone in front of her.

When her eyes locked on his, she froze.

They were the greenest eyes she’d ever seen, shocking and bright, rimmed by thick, dark lashes. His long face was graced with an elegant nose and wide lips bent in a crooked smile. And he was tall, really tall, with ebony hair that fell forward as he looked down at her. He pushed it back without seeming to think about it, but it still looked perfectly tossed, like he’d just rolled out of bed.

She realized she still hadn’t taken a breath and flushed as she fumbled and almost dropped her book.

“Uh, hi. I’m Lex.” She tossed her hand in a wave, hoping she looked casual.

He paused for a second, watching her with an expression she couldn’t quite place. The moment seemed to stretch on forever, and as she studied him, it dawned on her that he was amused. This unnerved her, even more so when it dawned upon her that it was exactly what he wanted.

She closed her mouth and cocked an eyebrow, putting on her snark to hide the fact that he’d gotten to her.

“Dean, huh? I heard they call you Professor Panty Dropper.”

His smile stretched wider. “Oh, is that what they say?”

A tall blond, who she guessed was Roe, stood at the microphone, glaring at them. “Mic check, Dean.”

They stared at each other like idiots for a split second longer before Dean turned to pick up his guitar, and he took his place with the rest of the band. She watched him walk away and blinked a few times before turning to her bag again, not looking for anything in particular — she only wanted to keep her hands busy and her eyes off of Dean while she scraped her dignity off the floor. 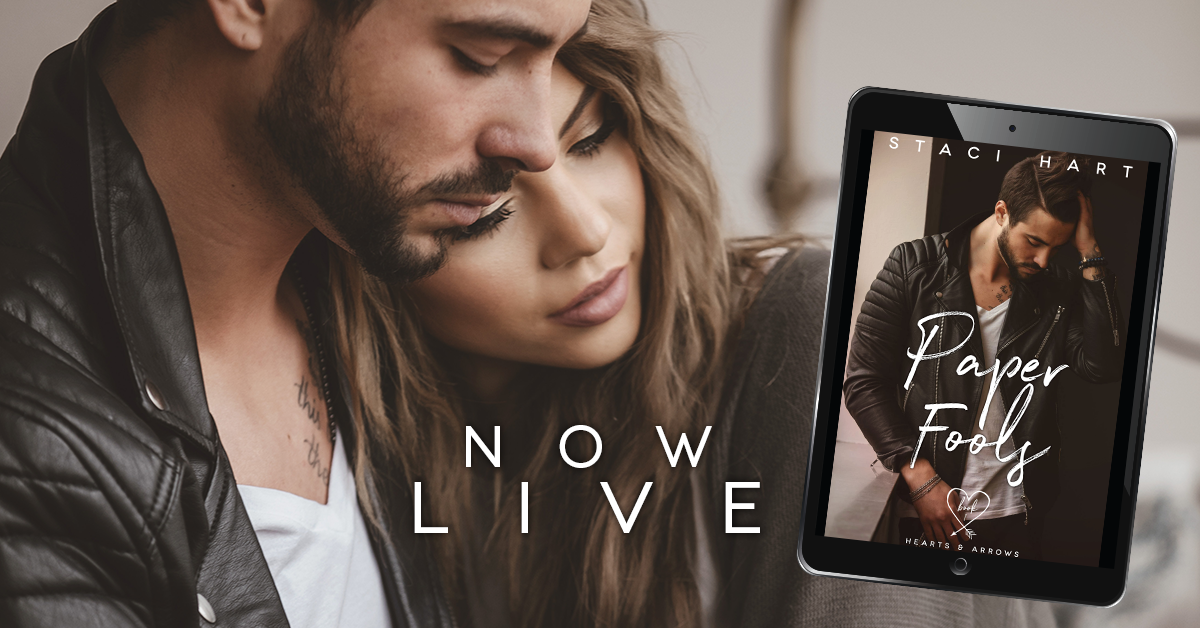