Traitor by Alyson Santos has a brand new cover and is available EVERYWHERE!
He’s not just a player…he’s the game.

They may be refugees but Andie Sorenson never chose to flee when government forces abduct her to the “safety” of a military-operated compound. Caught in an ugly civil war no one understands, she’s now a number, a uniform, her future reduced to three stale meals a day with the strangers who share her fate. She’s nothing, no one—until a random act of compassion and an electric smile turn her prison into a refuge.

It’s his eyes, his heart, his beautiful soul drowning in an ocean of secrets. Lance Corporal Kaleb Novelli is an enigma, but with each plunge through another layer, Andie finds herself captured in a way she never imagined. She knows they have no future. They can’t even have a present, but that doesn’t stop her heart from committing to a man she can never have. The only one she trusts in this battle of lies and manipulation.

But they’ve found their paradise in hell, and she can’t shake the feeling that Kaleb Novelli is not just a player. He’s the game.

This novel is a work of fiction and intended for mature readers. Events and persons depicted are of a fictional nature and use language, make choices, and face situations inappropriate for younger readers.

Kaleb Novelli is a soldier and a paradox.  He has an intense gaze but speaks kindly.  He has been through something catastrophic because he has a prosthetic where his leg should be.  Yet he gives his ration (breakfast) to the scared girl that has been assigned to assist him.

Andie Sorenson is hard headed, stubborn young woman, who is not afraid to question that which others would not.  Living in an environment where an ongoing civil war between the Government Forces and the Free People – separates her from her mother.

Almost immediately Andie and Kaleb are drawn to each other and before you realize it – as a reader, you’re in it too.  Way deep in it. Is Andie living in a prison and is Kaleb her jailor?  Can these two and their love thrive in a world where a dark cloud constantly hover over everyone.  It is just not that simple.  The lines are blurred here.  It is not black/white or good guys versus the bad guys.

I fell in love with Alyson Santos’ writing after reading Limelight and Traitor has cemented my fandom.  This book defies genre description. Is it romance? New Adult? Young Adult? Suspense? Dystopian?  Yes! It could fit into any of those categories and yet it is something above them all.

Writing this review without spoiling it for the reader is difficult because I want to say so so much.  My heart and head are so full!

One last thing! Keep reading after “the end” because we get one more interesting nugget about the book.  There will be surprises along the way.  I promise you, the ride is going to be worth the pain.

His teasing smile plunges through me, settling low, hot and pulsating. It’s a dangerous offer, because soon, I’m on his lap, grasping his hair, claiming his mouth before he can change his mind. Our kiss intensifies, and my brain surrenders to instinct. It wants more, weeks of imagination straining for release. I want to own the smile that melts me, the eyes that haunt me, the compassion that transforms me.

He braces his hands on my back, and I gasp at the flames ripping through my veins. My groan leaks out when he hardens beneath me, and my body instinctively tries to pull him in. God, he feels so good, tastes so good. He’s infinite. There is no enough of this man. There are too many layers, and each one leaves me aching for the next.

I grip the collar of his shirt as he tugs at my hem. Fabric can be damn frustrating, and I’m desperate to fight through it. I want it all: mind, body, and soul, but he pulls back. Eyes clenched, captivating in that moment—overwhelming—I can’t bear the pain of the separation about to come. I’m already suffering the chill of the space between us. I breathe in my own recovery while he hauls himself together, but I don’t object. I care about him too much to make his battle unbearable with a direct assault on his will. I know his struggle against feelings he’s not supposed to have. A relationship he’s not allowed to have. I already broke my promise and won’t cause more agony for the man I’m terrified I’m coming to love.

It takes all my strength to distance myself when he can’t break us apart this time. His expression mirrors my heart, anguish and relief, as I round the corner of his desk to lean on a safer side. Our eyes lock through the gap, both of us aware of what happened, and all the reasons why it shouldn’t have. 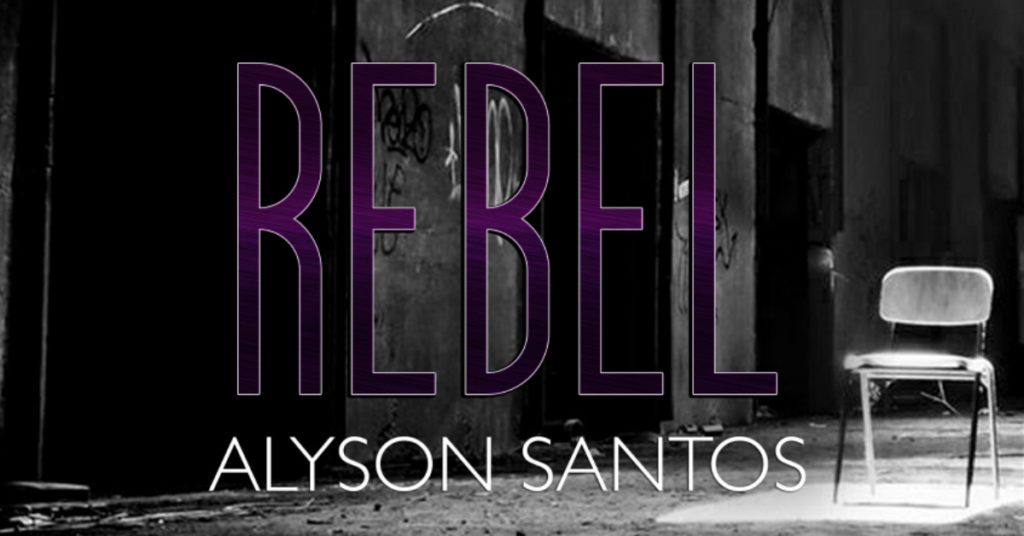 Rebel is coming soon…
ADD TO YOUR TBR NOW → https://bit.ly/2sHQlCt

I’ll go through hell to get her back.
And I just may have to.

Heaven knows Hell is ruled by Roberto Novelli, leader of the free forces.

Rynne may belong to him.
But she’ll always be mine.

Of course I’d return for her.
Of course I wouldn’t leave her alone with Roberto and his temperamental vengeance.
She better get used to having me around, because I’m prepared to fight death itself to protect her.

After two years as his second-in-command, I can say with certainty that he isn’t human. No, the man I revered, the man I considered a mentor, is a demon. A soulless apparition that values nothing above his Cause. It earned his son a death sentence and me a hard truth about the man I served.

But I’m a rebel—a warrior—and after defying his orders, I’m back to face the monster no one’s been able to tame. My first objective though? Convince him not to kill me too.

About the Author:
I’m a writer, musician, and cat lover. I also have an alternative music obsession. Seriously, it’s a real problem.
I write what needs to come out, whether it’s pain, tears, or laughter. I write people and relationships, about the beauty and horror of what we do to ourselves and each other. I write Love. Vengeance. Compassion. Cruelty. Trust. Betrayal. Forgiveness. Darkness, and the incredible way humans destroy and heal each other.
I like to eradicate barriers, refusing to be confined by the laws of physics or limitations of reality. I will befriend a vast population of possibilities and introduce them in ways that might surprise you.