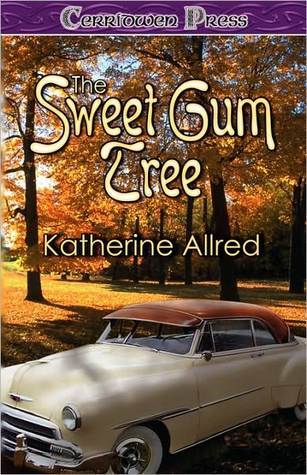 Sweet tea, corn bread, and soup beans—everyday fare for eight-year-old Alix French, the precocious darling of a respected southern family. But nothing was ordinary about the day she met ten-year-old Nick Anderson, a boy from the wrong side of town. Armed with only a tin of bee balm and steely determination, Alix treats the raw evidence of a recent beating that mars his back, an act that changes both of their lives forever.

Through childhood disasters and teenage woes they cling together as friendship turns to love. The future looks rosy until the fateful night when Frank Anderson, Nick’s abusive father, is shot to death in his filthy trailer.

Suddenly, Nick is gone—leaving Alix alone, confused and pregnant. For the next fifteen years she wrestles with the pain of Nick’s abandonment, a bad marriage, her family and friends. But finally, she’s starting to get her life back together. Her divorce is almost final, her business is booming, and she’s content if not happy—until the day she looks up and sees Nick standing across the counter. He’s back…and he’s not alone.

Once again Alix is plunged into turmoil and pain as Nick tries to win her love, something she resists with all her strength. Only one thing might break the protective wall she’s built around her emotions—the truth about Frank Anderson’s death. But when that truth comes out and those walls crumble, neither Alix nor Nick is prepared for the emotional explosion that could destroy as well as heal.

This easily sits up there with The Bronze Horseman, and The Sea of Tranquility as far as how much I loved this.

What is The Sweet Gum Tree?  What is this book?  Why do so many people talk about it? And what is with that cover?  These are just some of the questions that plagued me before opening this to read.   I can’t tell you how many times I went to start it and then was deterred from the cover.  I know, I know, that old saying don’t judge a book by its cover and there is a reason so many people talk about this book.

So I finally did it and guess what???  My questions were all answered.  The Sweet Gum Tree is a book that will consume you.  People talk about this book because it’s simply amazing.  The blend of everything you want in a story is here.  Pace, story line, and angst.  It’s the kind of book that calls to your soul. It makes you want to talk in a southern accent.

Would I recommend this book??  Absofuckinglutley.  The words that came to my mind when I finished was I’m in book love.  You want to shout about it, yet you want to keep it to yourself because it’s almost to perfect to let go.  I LOVED THIS!!

READ THIS!  1.49 yep that’s what I bought this for and it’s the kind of story that others are books are envious of.  SO FLIPPIN GOOD

BUY IT ON AMAZON

Katherine Allred was born in Arkansas and spent her formative years there learning to love books at her grandfather’s knee. When she was five, her mother remarried and moved them to Michigan, where they stayed for the next ten years. At age fifteen, the entire family moved back home to Arkansas, and she’s been there ever since, except for brief stints in other countries and states while her hubby was in the army.

After receiving a BS in journalism from Arkansas State University, Katherine began her writing in earnest. To date, she’s had seven books published, with number eight being released in April, 2009, and number nine just completed.

A member of Romance Writers of America, Katherine has achieved many awards for her novels, including the 2006 EPPIE award, winning the PASIC Book of Your Heart contest in 2002, and having a novel named Best Book of the Year by Romance Reviews Today in 2005. She currently writes for Eos, the science fiction imprint of Harper Collins Publishing.