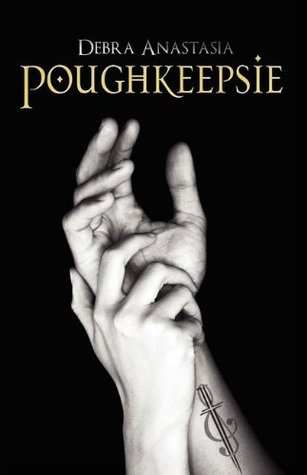 He counts her smiles every day and night at the train station. And morning and evening, the beautiful commuter acknowledges him—just like she does everyone else on the platform. But Blake Hartt is not like the others . . . he’s homeless. Memories of a broken childhood have robbed him of peace and twisted delusions into his soul. He stays secluded from the sun, sure the world would run from him in the harsh light of day.

Each day, Livia McHugh smiles politely and acknowledges her fellow commuters as she waits for the train to the city. She dismisses this kindness as nothing special, just like her. She’s the same as a million other girls—certainly no one to be cherished. But special or not, she smiles every day, never imagining that someone would rely on the simple gesture as if it were air to breathe.

When the moment comes that Livia must do more than smile, without hesitation she steps into the fray to defend the homeless man. And she’s surprised to discover an inexplicable connection with her new friend. After danger subsides, their smiles become conversation. Their words usher in a friendship, which awakens something in each of them. But it’s not long before their bond must prove its strength. Entanglements from the past challenge both their love and their lives.

In an interwoven tale of unlikely loves and relationships forged by fire, Debra Anastasia takes readers into the darkest corners of human existence, only to show them the radiant power of pure adoration and true sacrifice. Complicated families and confused souls find their way to light in this novel, which manages to be racy, profane, funny, and reverent all at once

This is a unique story!  I was really into the first half of it.  I was thinking that I was headed towards my 5 star streak marathon I have been running, but then it changed for me, and it went a little Die Hard meets Sin City.  There was so much to this I liked.  The story is unique and despite it being third person there was a very personal feel to it.

This actually follows, three foster brothers, their connection and their love.  Lets meet the characters shall we….

Meet Livia, we start off and she is dating Chris (loser)

Day after day she sees a man, he is unique in so many ways, (not going to spoil it, cause boy is this a different love)

He has manners for miles, but first he will,

Livies sister Kyle is on the sexual side, rebelling.

Kyle, was raised as a catholic girl, but her bad girl ways keeps her away from church, until she meets Blakes brother Cole.

Cole is practicing to be a priest until Kyle steels him from the pulpit.

Now Cole and Blake have a brother, who is bad news.  There are ways in which you love him, and then there are other ways where you are not so sure.

Beckett is a pimp, drug lord, murderer and brother.  He says things like white-bread, when referring to Livie.

You like him somewhat even though he is quite crass.

He falls head over for Eve.

Eve has his back and is very dangerous.

She has loss and eventually loves Beckett.

There were a lot of things to this story I really liked.  But then the pace changed and I swear John, McClane, I mean John Mchugh, came to rescue his daughters shouting….

Okay maybe he didn’t say that, but I thought he could have.  Some parts to this story became a little too dramatic.  The one really good thing about that was I could picture it as a Frank Miller movie.

Lastly if the pace at the end of this didn’t slow, I would have had this closer to a 4.5.  I started to feel like I was watching grass grow.

I think this read is worth a shot though.  It has a lot of interesting elements. If you need something different than what you have been reading, check this one out.

Debra Anastasia is busy, just like every other mom. There’s dinner, the dogs, the two kids, and her violent IBS–which is under control thanks to medication except for occasional multi-tonal farts. Her first love and crowning achievement is her thriving career as the weirdest mom on the block.

Her writing started a decent handful of years ago when–along with the animals and humans in her house–the voices of characters started whispering stories in Debra’s ear. Insomnia was the gateway to plots that wouldn’t give up, wouldn’t let go. Now they stalk her everywhere. Halfway through making lunches, a twist takes hold and–fingers full of peanut butter–she finds somewhere, anywhere to write it down.