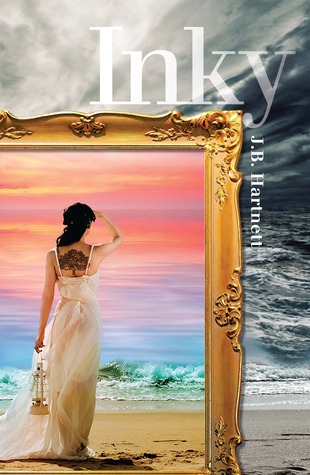 Anika “Inky” Redding is passionate about two things; her love of painting and her fiancé Evan. While working as a bartender to pay her bills, she meets Cole, a sexy divorcee. She denies their mutual attraction and tries to put him out of her mind.

When an abusive person from her childhood makes an unexpected visit, Inky’s world is turned upside down. Secrets are revealed and truths are exposed leaving Inky devastated and questioning what she thought was love. As she picks up the pieces and tries to move on, she finds her path crosses with Cole once again and this time, she cannot deny the passion between them.

Once she opens her heart again, will she be able to move forward or will her past find a way to stop her?

WARNING!! This book has a cliffhanger but don’t let that stop you! Inky’s story will continue with Cole in late September.

Wow!  This is a pleasant surprise.  I really enjoyed this one and I guess I have not heard that much about it so I was not sure what to expect.  I feel like I just found a bit of a gem.  It reminded me in a really good way of two different books that I really enjoyed, Fear of Falling and There Is No Light In Darkness, it is different but has some of the dark characteristics  that is similar to those books.

Inky has a troubled past however I found her character to have a good edge to her.  She is funny and despite her troubles she doesn’t seem to take herself to seriously.  She is also a serious artist.  I love her loyalty and perseverance.

I don’t want to give a ton away with what happens between Cole and Evan, so I am going to leave it be, just know a lot happens.  This is a book that will not disappoint as far as plot.

Lets just talk about the sincere sweetness that is Cole.  He is vulnerable, sexy and sweet. He of course comes from money and a joke is made about him having a red room. (He does not it’s not that story.) He also has his own set of demons.  The dialogue between Inky and Cole is heartfelt.  I was engrossed in the story all the way through.

Inky’s past is haunting her, and it haunts us as the reader through the end of the book into the next.  As I was reading and I saw the percentage coming close to 100% I had that dread you start to feel when you know it’s going to end and you are not ready for it too.

I would really recommend this one!  A huge plus is it is only listed right now on amazon for .99.  The next book is due to be released at the end of September so there wont be a long wait. 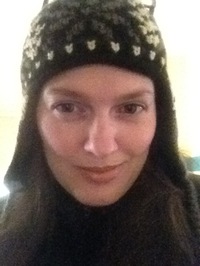 She has always enjoyed writing and at one time thought she might be a singer/songwriter. The ‘writer’ part is that one that stuck.

Julie is obsessed with Pi…the equation and the food. She’s allergic to cats, cantaloupe and hates mushrooms. So if you ever want to give her a gift, those are out for sure.

She currently lives with her romance hero husband and two boys in Melbourne, Australia.