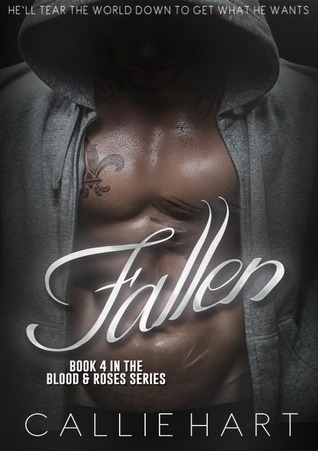 However, now that she’s found her sister, Sloane is discovering that life has a way of ridiculing what we expect of it.

And ‘normal’ is falling for a man who might never be able to feel the same way.

A lengthy history of breaking things with his fists has given Zeth Mayfair a fairly good idea of how to get his own way. But when his goal, the one, single woman on the face of the planet that he’s truly ever wanted, can only be obtained by fixing things instead of destroying them, how can he adjust a lifetime of violence in order to make her his once and for all? And how can he make sure that she is safe?

The first part is going to take time. But the second part…

The second part is easy.

He must kill Charlie Holsan.

Callie Hart delivers each and every time!!! I have loved everyone of the books in this series. But this one holds a special place in my heart because we get to see the real Zeth Mayfair. Swoon!! But be prepared to hold onto your seat, there is action and danger straight through…

Zeth is the type of character that stays with you forever. He slowly wiggles his way into your heart and it’s all over….You are stuck with him. In this book, Zeth was even more bad ass. He’s one tough, no nonsense guy. He acts first and asks questions later. But I was elated to see a softer more vulnerable side to Zeth. He gradually changes but without losing his edge. This tattoed mammoth of a man, actually lets his guard down and open up. It was nice to finally get into his head as well. He had me tearing up quite a few times and made my heart swell. His and Sloane relationship is still turbulent and hilarious at times but is gradually becoming deeper…. Something more.

Zeth can read Sloane like a book. He has away of making her admit things to him and herself! They are more alike then she would like to admit. He makes her see her true self. Together they are unstoppable. Each will fight to the end for one another, like a modern day Bonnie and Clyde.

Their chemistry keeps going full speed in this book….The anticipation and intensity during their sex scenes had me squirming in my seat. The words, the description, the foreplay… Left me speechless and panting!

I love my girl Sloane. She is such chameleon. She changes with every situation. Sloane is one tough cookie. She goes toe to toe with the boys without batting an eyelash. Only a chick like her can get a guy like Zeth. At times her resistance to him is frustrating yet warranted. She seems to still be evolving and growing into the person she was meant to be. She is now in Zeth’s world and there’s no turning back. Hmmmm… I wonder how that will work out??

Lacey even stepped and proved herself in it up in this book. She became more of an alliance then a burden. Maybe finding herself along the way also. Always putting Zeth on the spot with her assumptions and becoming like a sister to Sloane. She is one of the few people Zeth cares for and trusts.

Fallen is a perfect mixture of action, comedy and dark romance! I love when I read a book and next page is better than the last! That is how this series flows….It gets better and better. I can not wait for the next book. I am left desperately needing more…

Zeth and Sloan aren’t out of the woods just yet. There’s still so many unanswered questions with more trouble
on the horizon. I am still holding my breath….phew!!! But what fun would it be, if they just happily ran off into the sunset????? ……Bring it Callie!!! You rock lady. 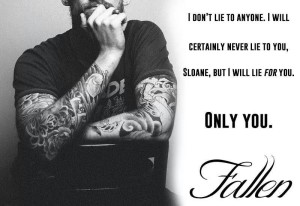