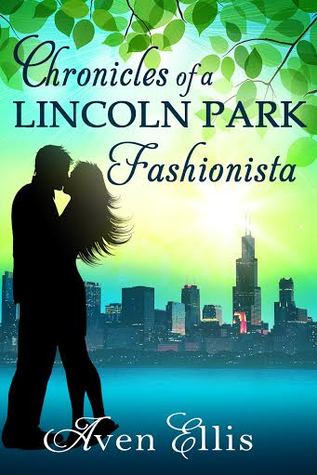 Recent college graduate Avery Andrews is ready to begin a new life in the big city. She’s landed an apartment in Chicago’s famed Lincoln Park neighborhood–and has her eye on the cute commodities trader just a floor above.

If Premier Airlines knew about her fear of flying, they never would have hired her to be their marketing assistant—but it’s not like Avery wants a lifelong career. Right now she simply wants a job to pay her bills…and fund a few little shopping excursions, too.

Her new lifestyle comes with a price tag, as Avery is not only faced with paying a ridiculous rent but finds she’s perceived as one of the vacant, husband-hunting fashionistas who live in the area. Avery resents this stereotype—so she doesn’t want a lifelong career, and she loves fashions she can’t afford, but that doesn’t mean she is empty-headed and spoiled, does it?

When an opportunity to participate in a documentary at work arises, Avery finds a two-fold solution to her problems. She’ll earn extra money for it, and the documentary will show her as a serious career woman, enabling her to shed that husband-hunting fashionista label for good.

When the camera is on, Avery attempts to be a motivated professional woman. But when she is challenged by Deacon Ryan, the videographer assigned to cover her story, Avery finds herself wanting things she was never supposed to want—like a lasting career—and Deacon. And Avery might just gain more from the experience than a perfect career image and extra cash to put in her Tory Burch wallet…

Let me start by saying that I read Chronicles of a Lincoln Park Fashionista in one day! It was the kind of day where life got to be a little too much and a quick, fun, light read was just what I needed. Aven Ellis has a gift for writing such books. Needing a little escape, read Aven Ellis!

There is nothing more exciting and terrifying than seeing yourself through someone else’s camera lens. Avery Andrews is about to have her whole world video-taped for all of the world to see as part of a documentary that her company is filming for a cable travel channel. Because all of the world will see her life, Avery wants to put her best foot forward, in an incredibly professional looking, designer outfit that maeks her look both trendy and smart. She wants everyone to believe that she is ambitious in her career and what she wants professionally. The problem is that the videographer, quiet and sexy Deacon Ryan,  assigned to this documentary pretty much sees right through Avery’s attempts, and he calls her on it. He makes her see herself through his camera lens. The result? They both learn who the real Avery is and her life’s ambitions.

Here’s what I loved about this book…underneath Avery and Deke’s sweet, funny story is a very real theme. At twenty-something, you have no idea what you want, who you really are, or how you are going to fulfill your dreams. Oh, you THINK you do! You are on your own, with a credit card that has your name on it! YOU ARE SO GROWN UP, but you’re not. Most people at that age haven’t had the life experiences that will ultimately define what you want, who you are and how you are going to fulfill your dreams. I know I sure didn’t! Avery grew up in front of my eyes. I loved it. I loved seeing the switches being thrown that would lead her down the path of what she truly wanted in her life. I also loved that deep down, she knew that the stereotypes that were used to define her were unfair. That she knew it but didn’t exactly know how to change those perceptions endeared her to me.

I love Aven Ellis’ writing style. It’s easy. It’s funny. It leaves the reader with a feel good feeling. I’ve read all 3 of Aven’s books and in each one I can always identify in at least one way with the heroine. Whether it’s a quirky habit, a shopping addiction, or lusting after/loving a ginger hockey player, a part of me is always reached. I often come away from her books remembering parts of myself that I’d sort of forgotten. There is something incredibly satisfying in that.