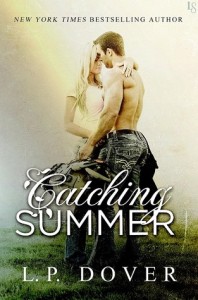 Falling for someone can be dangerous, especially when someone wants to take them away from you. But what happens when fighting for the one you love could cost them their life?

For over two years, Summer Jacobs has tried to get her life back on track. A former nurse and now a prestigious restaurant owner, she’s living the dream just like her husband wanted. After watching him get killed in the MMA ring and almost losing her life herself, it left a scar on her soul. The thought of moving on scares her, but the local NFL star, Evan Townsend, is determined to catch her heart.

Forced to work with him and the football team, Summer succumbs to his relentless attempts at capturing her heart. He has the power to heal her, but there’s someone out there who wants to keep them apart. Even if it means getting rid of Evan permanently. Summer is being chased by hidden dangers and it’s up to Evan to catch her. The question is . . . will he get to her in time?

Summer has experienced the loss of her husband. He was an MMA fighter who was brutally murdered. It’s been two years since Summer witnessed his death and she can’t get passed her grief.  It’s difficult for her to find happiness because she feels she will betray her husband. Summer is working on rebuilding herself from that horrific night. Evan is a super hot football player and he has eyes for Summer. He knows everything that she has endured, so he’s been sitting back waiting to make his move and go slow. Once they start spending time together, they find themselves falling in love which scares Summer to death. She doesn’t want to forget her husband. Evan is so caring and understanding, it just melts your heart. Someone has been lurking in the shadows trying to sabotage Evan and Summer’s relationship. They are hell bent on keeping them apart. Will they succeed, or will Evan and Summer’s love survive? This is a second chance romance. I didn’t realize there were others in this series. You don’t need to read them to follow with this one. It’s a short read and I enjoyed it. Halfway through, I felt like it lost something. It became predictable, but as you get to the end, it redeems itself. The ending was a HEA which I was glad to see even though I don’t need one. 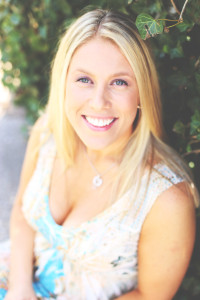 New York Times and USA Today Bestselling author, L.P. Dover, is a southern belle residing in North Carolina along with her husband and two beautiful girls. Before she even began her literary journey she worked in Periodontics enjoying the wonderment of dental surgeries.

Not only does she love to write, but she loves to play tennis, go on mountain hikes, white water rafting, and you can’t forget the passion for singing. Her two number one fans expect a concert each and every night before bedtime and those songs usually consist of Christmas carols.

Aside from being a wife and mother, L.P. Dover has written countless novels including her Forever Fae series, the Second Chances series, the Gloves Off series, the Armed & Dangerous series, the Royal Shifters series, and her standalone novel, Love, Lies, and Deception. Her favorite genre to read is romantic suspense and she also loves writing it. However, if she had to choose a setting to live in it would have to be with her faeries in the Land of the Fae.