New Review: Beneath The Burn by Pam Godwin 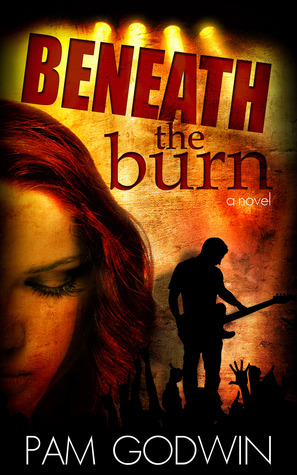 They meet by chance. The timing is wrong.

Three years later, she finds him again, but their separation was poisoned with narcotics and bloodied by enslavement.

Her freedom gambled away, Charlee Grosky escapes the international businessman who held her captive. But his power reaches beyond her protective barriers and threatens everyone she has come to love.

Jay Mayard wears his tortured secrets under his rock god facade. Drugs are his release, even as he seeks to be the man forged of the steel only she can see.

In a celebrity world filled with paparazzi, groupies, and drugs, Jay and Charlee must face their worst fears. When the battle is over, what will be left…Beneath The Burn.

What a ride! What a ride! At 456 pages you are in it for the long hall, but you know what?? It never feels that way. Oh this story. Oh Charlee and Jay. This is unlike anything I have ever read. I bought this in an anthology called Make Me. This anthology has Aleatha Roming and CJ Roberts, neither of which I have read, too afraid cause I’m not sure how I feel about the captor relationship. THIS IS NOT LIKE THAT!

This is a love story of two people with incredibly messed up past that keep threatening their now. It’s beautiful in all kinds of painful messed up ways.

Will you walk to me? Will you move so close that the ground wobbles, the walls between us crumble, and your thoughts rip open until we’re melding our fears and hopes as easily as we share air?”

Absolutely, completely beautiful! Oh the pain, the torture, the things both Jay and Charlee endure, is  gut wrenching and not for the weak at heart. You will be torn up and disgusted reading about what happens to these two, but in the end this is about strength. And my god do these two have tons of it. Strength shines through the BURNS in this book. Bravo Pam Godwin, you held me captive with this book and you left a lasting impression, one I am quite sure I wont be forgetting anytime soon.

New York Times and USA Today Bestselling author, Pam Godwin, lives in the Midwest with her husband, their two children, and a foulmouthed parrot. When she ran away, she traveled fourteen countries across five continents, attended three universities, and married the vocalist of her favorite rock band.
Java, tobacco, and dark romance novels are her favorite indulgences, and might be considered more unhealthy than her aversion to sleeping, eating meat, and dolls with blinking eyes.

Tags: Beneath the BurnPam Godwin