New Release: FOREVER WITH YOU by Laurelin Paige 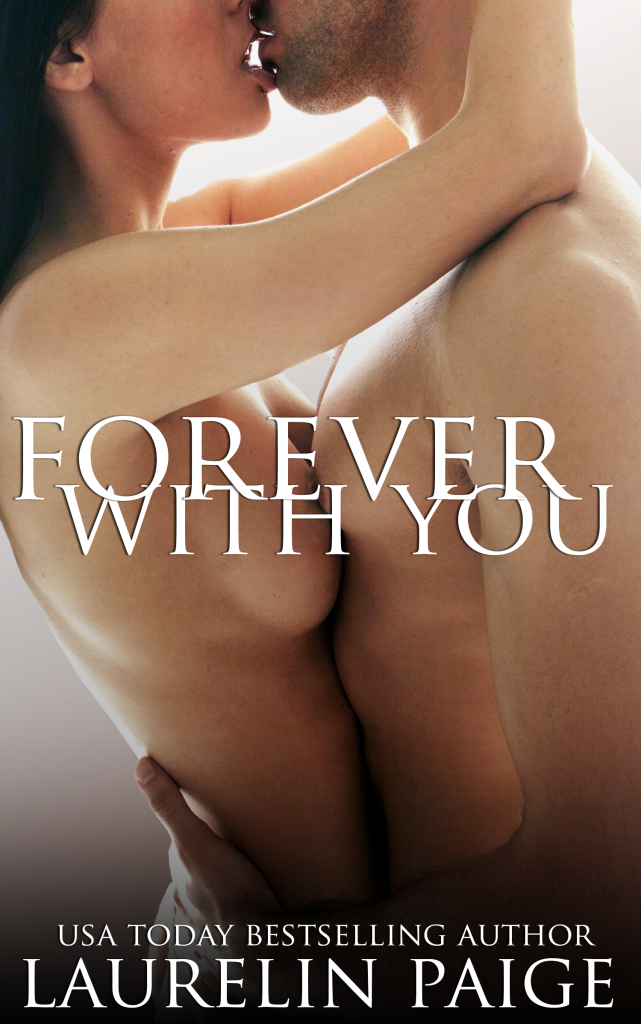 Alayna Withers relationship with Hudson Pierce has tested both her and his ability to trust. They decide that the only way they can move forward together is with open doors and transparency. It won’t be easy for the scarred lovers, but they’re committed to each other more now than ever. Alayna, in particular, has grown through their trials, and has emerged more confident and faithful to the man she loves.

But while the pair is focused on the future, their past shows up again to threaten their fragile bond. Promises that were made are broken, and Alayna learns that Hudson still has very potent secrets—secrets that will tear them both apart. As much as she feels for him, her ability to forgive and forget is tested beyond her limits.

Even though she found the only man who could fix her, a forever with Hudson seems more and more out of reach. 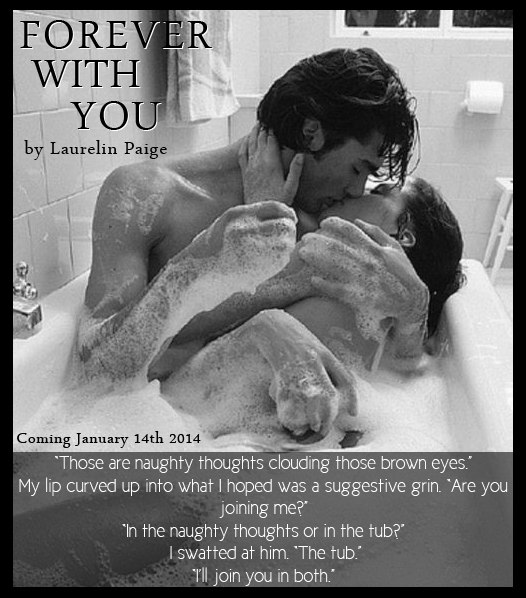 At the end of the dock, a man dressed in naval attire stood waiting by the plank leading to the yacht.

“Good evening, Mr. Pierce. We’re ready to cast off whenever you are, sir.”

Hudson nodded. “Then let’s go.” He motioned me ahead of him, but I heard the man, whom I assumed was the captain, whispering something else to Hudson behind me.

I stepped off the plank onto the boat deck then looked back to see Hudson’s expression had grown grim.

“I’d rather not cause a scene,” he said, his voice low. “But have the crew keep an eye out for any trouble.”

Hudson climbed aboard, putting his hand at the small of my back when he’d reached me.

“Fine.” His tone was terse.

Dammit. Whatever the captain had said to him seemed to have undone the progress I’d made at ridding Hudson of his bad mood.

I knew from experience that pressing the matter would only make him grumpier. But I couldn’t help myself. “Hudson, honesty and transparency…remember?”

He glared at me for a three solid seconds before his features softened. “It’s nothing. An uninvited guest arrived. That’s all.”

I suddenly felt guilty for teasing him about his obligations. Even on a holiday night when he should be enjoying himself, he couldn’t relax. He’d always have to take care of something, manage someone. No wonder these events were such a pain in the ass.

Making up my mind to try to give him the best night possible, I let the subject of the uninvited guest go, even though I was itching to know more of the details. The last thing Hudson needed was me badgering him.

Instead, I worked again to make him more amiable. I leaned into him and whispered, “By the way, I meant to tell you that I got waxed yesterday.” Since he’d been asleep when I got home, I hadn’t gotten a chance to show him. Which was probably best since the recommendation was to wait twenty-four hours after waxing before having sex.

“Waxed?” Hudson said too loudly, his brow furrowed in confusion. Then understanding set in. “Oh.” Immediately his expression lit with interest.

Behind us, a crew member that was helping the captain draw the plank into the ship looked up, obviously also getting my meaning.

Hudson glared at the man, and ushered me further onto the deck with him. “Tell me more.” This time his volume was appropriately quieter.

“I’m talking waxed. Like, all the way. Bare.” Normally, I kept a little more than a landing strip. This was the first time since I’d been with Hudson that I’d gone clean.

Hudson’s eyes narrowed as he adjusted himself. “Are you trying to make this the most uncomfortable night of my life?”

“I was trying to give you something to look forward to, Mr. Grumpy Pants.”

I laughed. “Is that going to be a problem?”

“For you.” He pulled me against him so that I could feel his erection against my belly. “It’s going to be a long evening. By the time I finally get to be inside you, I’m going to need to be there for a long time. And I don’t expect that I’ll be able to be gentle.”

“Good girl.” He stared longingly at my lips, but he didn’t kiss me. Finally, he said, “I’ll try to improve my mood. Let’s go. The sooner the socializing is over, the sooner I can bury my face between your thighs.”

This giveaway is sponsored and run by the author 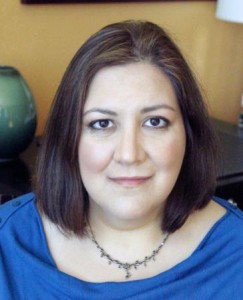 USA Today Bestselling Author Laurelin Paige is a sucker for a good romance and gets giddy anytime there’s kissing, much to the embarrassment of her three daughters. Her husband doesn’t seem to complain, however. When she isn’t reading or writing sexy stories, she’s probably singing, watching Mad Men and the Walking Dead, or dreaming of Adam Levine. She is represented by the wonderful Bob Diforio of D4EO Literary Agency.