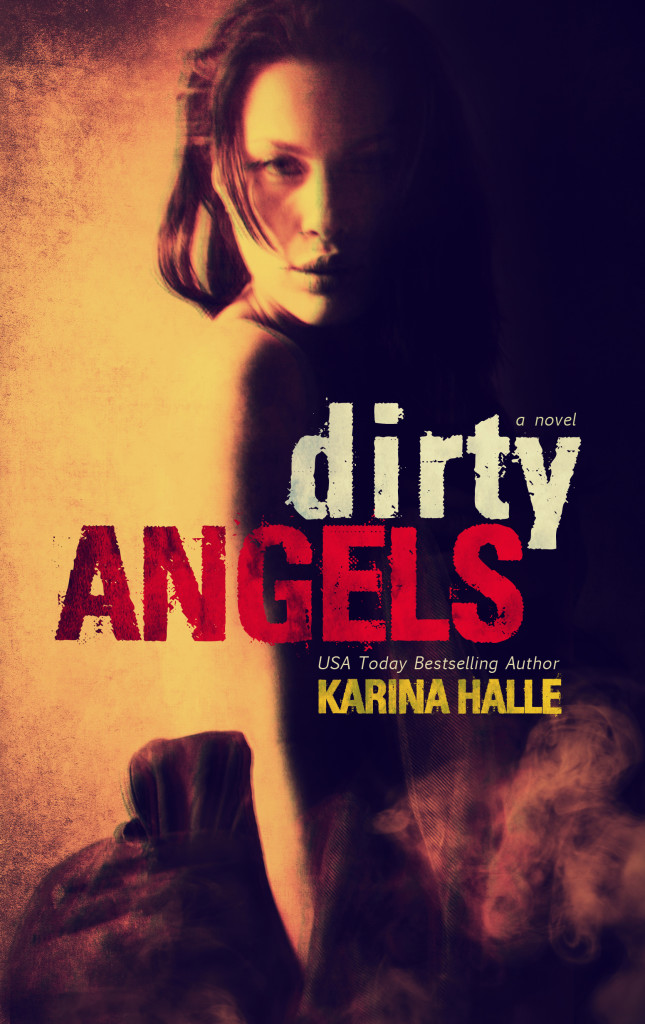 For Luisa Chavez, a twenty-three year old former beauty queen, a better life has always been just out of her reach. Sure, she’s had men at her feet since she was a young teenager but she’s never had the one thing she’s craved – security. Having grown up in near poverty, her waitressing job in Cabo San Lucas can barely let her take care of herself, let alone her ailing parents. Every day is another unwanted advance, every day is a struggle to survive.

When Salvador Reyes, the depraved leader of a major Mexican cartel, takes an interest in her, Luisa is presented with an opportunity she can’t afford to pass up. She’ll become Salvador’s wife and exchange her freedom and body for a life of riches – riches she can bestow upon her deserving parents. But Luisa quickly finds out that even the finest wines and jewels can’t undo the ugliness in her marriage, nor the never-ending violence that threatens her every move.

Soon, Luisa is looking for an escape, a way out of the carefully controlled life she’s leading. She finally gets her wish in the worst way possible.

That man is Javier Bernal. And he wants Luisa. He wants to take her, keep her, ruin her.

Unless she ruins him first.

Are you a Dirty Angel? Spread the word about Karina’s latest release using the hashtags 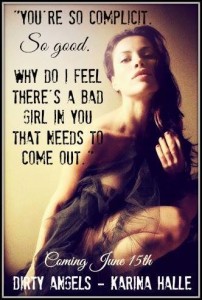 (unedited, subject to change before publication)

It was a picture of a woman in white strapless wedding dress, very fluffy and extravagant from the waist down. Her hands were clasped demurely at her front, her face caught in a nervous smile.

She was extremely beautiful but that was to be expected. The country’s most flagrant excuse for a drug kingpin would never marry anyone less than stunning and this woman, Luisa, fit the bill. But despite her body, with her round, perky tits and elegant neck, her long dark hair and classic face, there was another layer to her that immediately got me hard. It was this look in her eyes. They were so pure and soft, giving her radiance that seemed to leap off the page.

I wanted nothing more than to have her on her knees, have her fix those round, angelic eyes on me and watch as I pin her down and come right into them. I would take her purity and make her see the world for what it really was – a hot, sticky mess at the end of my dick.

“I bet she’d be a tight little fuck,” Este leered over my shoulder.

I shot him a disgusted look. “She’s not a whore, Este,” I chided him.

“Not to you,” he said, as I looked at the next picture of her, now with Salvador at her side.

“I mean it,” I said, my eyes drawn to her again and again. “No one is touching her. Not you, not Franco.”

“I give you my promise,” Este said. “But Franco can barely control himself around the whores.”

“No one is touching her,” I repeated. “She will be our hostage. She is collateral. No one is laying a hand on her.”

“Except for you, I assume.”

She almost seemed too good to even touch. I couldn’t wait to break her. “She is very valuable,” I admitted.

I flipped through a couple of more photographs and grew harder at each one. I wished Este would just fucking leave so I could deal with it. I almost wished Laura was still alive so I could flip her over and come all over her back. I never fucked the women around here, but that didn’t mean I didn’t use them when I needed to.

“You know,” Este said, his lazy voice starting to grate me. “If Martin had been there close enough to spy on them, close enough to photograph, why didn’t you just get him to put a bullet in Salvador’s head? Especially if Martin was going to die anyway.”

I eyed him warily, disappointed that he could be so rash. “Because life is a game and we’re all just trading cards. We play the right hand to get ahead.” I studied the smiling, ignorant face of Sal as he stared at his bride. “Death stops the game. It’s too final, too inflexible. Death is viciously stubborn.”

When Este didn’t say anything I looked up to see a dull gleam in his eyes. I sighed and pinched the bridge of my nose, annoyed at his ineptitude. “What good would killing Salvador do? Right? David Guirez or whoever, anyone, someone, they would step in and take over faster than you can shit after your coffee and nothing will have changed. Look at Travis Raines. The moment he died, I was able to slither on through to the top, to right here, right now.”

“Only because you killed Travis,” he noted. “More or less.”

“We killed Travis,” I corrected him. “Anyway, the point is that the dead make lousy deals. If we want the shipping lane, we have to force him to give it to us. Killing him does nothing. Taking his new bride, now that will do something.”

“You sound so sure,” Este said walking around the desk.

“I have no reason not to be sure,” I said. “They are newlyweds. He needs her, he wants her. We will get her soon, before he gets bored of her cherry ass. Sal has pride. We all do. It is our weakness. I know that enough about myself to know it about others.”

He smoothed his hand over the stubble on his chin and gave me a smooth nod. “All right.”

I stared at a photo of them at the altar, a lavish outdoor ceremony. He was gazing at her with that pride I was talking about. And she was staring at him with a look that was all too familiar to me.

“She doesn’t love him, though,” I commented, almost to myself.

“How can you tell?” he said, taking a step closer and peering at the photos again.

I swallowed uneasily and then shrugged it off. “I just can. She doesn’t.”

“So is she marrying him for money then?”

I took the papers and sorted them until they were neat and evenly stacked before slipping them back into the envelope. “Probably. Does it matter?”

“Soon,” I said, putting the envelope in the first drawer. I knew I’d be taking it out again after he left.

With her USA Today Bestselling The Artists Trilogy published by Grand Central Publishing, numerous foreign publication deals, and self-publishing success with her Experiment in Terror series, Vancouver-born Karina Halle is a true example of the term “Hybrid Author.” Though her books showcase her love of all things dark, sexy and edgy, she’s a closet romantic at heart and strives to give her characters a HEA…whenever possible.

Karina holds a screenwriting degree from Vancouver Film School and a Bachelor of Journalism from TRU. Her travel writing, music reviews/interviews and photography have appeared in publications such as Consequence of Sound, Mxdwn and GoNomad Travel Guides. She currently lives on an island on the coast of British Columbia where she’s preparing for the zombie apocalypse with her husband and rescue pup.