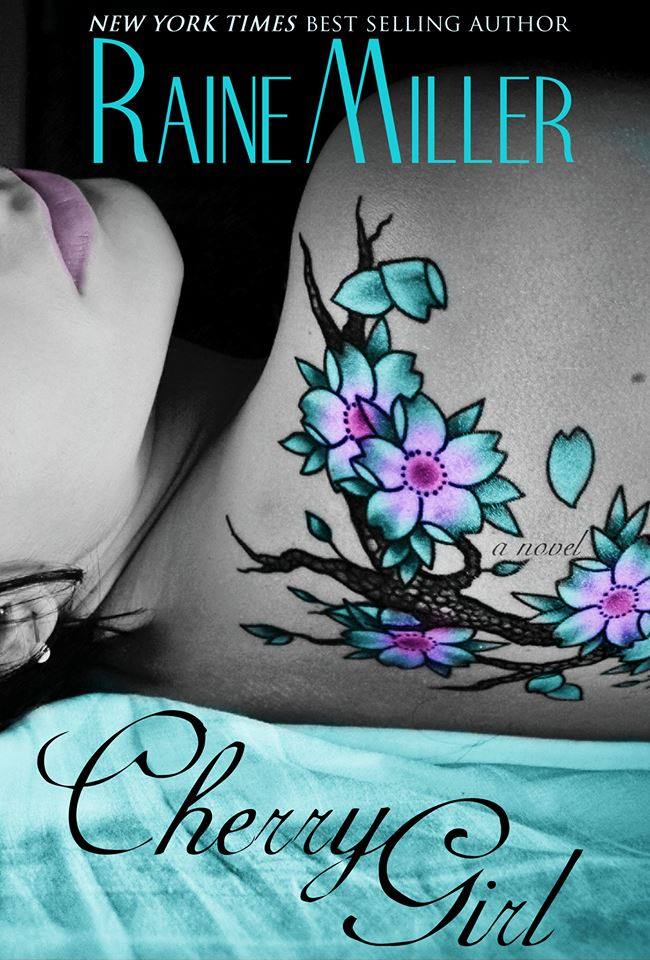 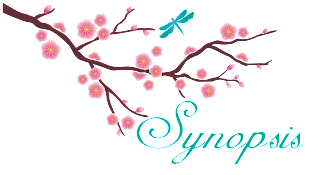 Elaina Morrison has loved Neil McManus her whole life. She doesn’t remember a time when she didn’t love him. Through heartbreaking tragedy and years of separation, her love holds true…until life stomps all over her heart, shattering her perfect dream, teaching her how hard it is to let go.

Real life doesn’t have anything on romantic dreams though, as these two have learned repeatedly. It sucks big time, leaving painful scars in its wake.

But Neil isn’t giving up. He’s endured years of longing and sacrifice to wait for her. Always a soldier, he knows his way around a battlefield, and winning Elaina is no different. So that’s precisely what Neil is going to do. He’ll go in fighting, and make Elaina see what he already knows.

That she will forever be his Cherry Girl… 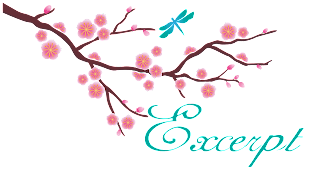 Then Neil smiled at me.  His entire beautiful face lighting up from his eyes to his chin. My guy looked really happy.  My guy. I have a guy.  Neil.  Neil McManus is my man now.
Christmas and my birthday had come to me early this year, and both at the same time apparently.
Then I watched him get up from the bed and head into his bathroom.  I heard the shower turn on and then the opening and closing of cupboards.  He returned a few moments later with a big towel to wrap around me, and said he’d left me a shirt and some shorts I could wear after my shower if I liked.  He told me he would be in the kitchen setting up the coffeemaker for the morning, and then he left the bedroom and closed the door.
I stayed in Neil’s bed for another moment and did my best to take everything in.  I was definitely a mess on the outside, but inside where my heart still thwacked out a beat, I was absolutely floating around cloud nine.
He loved me.  Neil really loved me, but damn if I’d allow him to kiss me again before I got clean and comfortable.  I felt utterly gross and hideous and still had trouble processing all that had just happened with us in
the span of a very few hours.
I left his bed and headed into the bathroom.  The shower was already hot and steaming up the small space.  As promised he’d set out his toothbrush and paste for me to use, and even some silky boxers and a soft black T-shirt with The Jimi Hendrix Experience in white letters across the front.
I knew Neil was a Hendrix fan and I’d even seen him wearing this very shirt on occasion, and yet the fact he’d picked it out for me in particular, touched me.  I reached for it and buried my face in its softness, inhaling deeply.  Neil’s scent has always been heavenly to me and I’d been addicted to it for years.  Hard to describe, but absolutely lush on my sensibilities.  Like fresh air and forest spice and pure water all combined into the perfect blend of male fragrance.
And I’d been restricted from indulging in it for most of my life.  But not anymore.
I shut the bathroom door, stripped out of my bra and knickers, and got clean in my boyfriend’s shower.  I so loved the words contained in that thought.
I’m sure I wore a ridiculous grin on my face the whole time I scrubbed.  Once I was done in his shower and working out my teeth with his own personal toothbrush, I still kept grinning into the mirror like an idiot, glad the door was shut and Neil couldn’t see how much of a lovesick fool I was being right now.  Pointless indeed.  He would know it the moment I stepped out anyway.  He probably already did know it.
I left the bathroom dressed in his T-shirt and silky boxer shorts.  Better than naked in a towel or my puked-spotted clothes and really sexy to have my skin against things that had been against his previously.
His shirt came down to the top of my thighs and I’d already decided I was keeping the thing.  Yeah, Neil’s beloved Hendrix shirt would forever belong to me.  I had absolutely no qualms about my thievery either.  I didn’t want to have to be without the scent of him once his leave was over.  I wouldn’t have him for long before he had to go back to being owned by the British Army in Afghanistan.  That meant his shirt wasn’t getting washed anytime soon.  If ever.
My inner ramblings distracted me to the point I wasn’t thinking about what might be waiting for me when I came out.  But the sight that greeted me upon my return to the bedroom in nothing but Neil’s shorts and shirt, was not even close to what I expected.  Stopping dead in my tracks, I’m sure my eyes were bugging out of my skull.  The towel I’d been using to dry my hair slid from my grip and onto the floor with a soft thud.
Neil was in his bed, and he was definitely waiting for me.
Holy Hell, he was a beautiful man.  Sitting up against the headboard, he was leaning back, his wide bare chest exposed for my eyes to drink in.  The cuts and angles of his hard muscles and golden skin in contrast to the white sheets nearly made me whimper aloud.  I wanted to touch him so badly and knew there was a very good chance I would be getting my wish soon.

I could see that his nipples were hard, his gaze trained upon me deep with liquidity, mysterious and sensual with a bit of an edge.  I could only imagine what he was thinking about right now. Sweaty, crazy, naked shagging I’m sure. I definitely was.
My nipples were hard too, and I felt an involuntary shiver roll down my spine at the thought of Neil putting his hands on them.
I’d seen his body before.  I knew what Neil looked like without his shirt on, and I knew very well about the washboard abs, and how they tapered into a V at his hips that made my insides a quivering mess whenever I was lucky enough to get a decent look at him.  Which happened only on occasion, unfortunately.
Neil was blessed with an earthly form that easily put him into mythical god territory, but I’d never been in a position to allow myself to think of him in that way.  Those times I’d seen him had been when he was working out with Ian or roughing ’round with boys at football or having a swim.
This situation right now was completely different.  Neil was like this for me and for me alone.  He was offering himself to me—his body for my eyes to see, for my hands to touch, and for my lips to kiss.
“You’ve dropped your towel,” he said softly, splaying a hand out over the sheet, making his forearm muscle flex.
“I know.”  I struggled to breathe through the pounding inside my chest and reached down for the towel.
“Leave it.”
Neil’s voice was harder, different—a command really.  I froze in step, flipping my eyes up so I could see his face and understand what he meant.
His long muscled arms were stretched out toward me.  “Come here, beautiful,” he said softly. “Don’t think about anything that scares you right now. It’s only me…and you.”
I nodded at him but no words would come from my mouth.  All I could do was take in the experience of the moment and try to hear what he was saying to me.
“I want to hold you, and be close, and know that nobody is going to come between us or try to take you away from me. I want you all to myself for once.”  He tilted his head a little.  “Do you understand?”
“I do,” I managed.
Neil kept his arms out, his eyes glittering at me in a way I’d never experienced from him before.  He was demanding from me sure, but that’s not what gave me pause.  The feelings rushing through me were thrilling, but also very frightening at the same time.  My emotions paralyzed me because I really understood, right then and there in that moment, the enormity of what I was doing. Giving myself over to another person. Giving myself to Neil.
It made me extremely vulnerable now didn’t it?
I felt the warning kiss of fear brush over my heart as clearly as a cold breeze that makes you rub your own arms in an effort to ward off a shivering chill.
I didn’t know how I’d survive if I lost him now.  If he stopped loving me I wouldn’t be able to bear it.  Or if I lost him to the war, which was a terrifying risk all on its own, and one he took every day he remained in active military service. I’d never make it out intact. Losing Neil would destroy me after this night.
“Don’t think about the bad things, Elaina.  Let all that go and come to me.  My beautiful Cherry Girl…come over here and let me love you.”
I went. 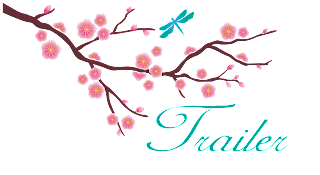 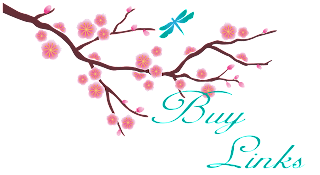 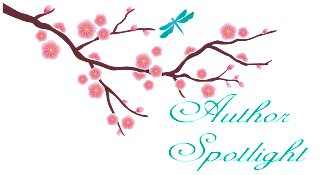 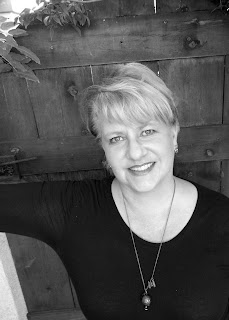 Raine Miller has been reading romance novels since she picked up that first Barbara Cartland book at the tender age of thirteen. And it’s a safe bet she’ll never stop, because now she writes them too! Granted Raine’s stories are edgy enough to turn Ms. Cartland in her grave, but to her way of thinking, a hot, sexy hero never goes out of fashion. A part-time teacher and writer of sexy romance stories every other chance she gets pretty much fills her days. She has a handsome prince of a husband, and two brilliant sons to pull her back into the real world if the writing takes her too far away. Her sons know she likes to write stories, but gratefully have never asked to read any, thank God! Raine loves to hear from readers and to chat about the characters in her books.
FACEBOOK | TWITTER | GOODREADS | WEBSITE 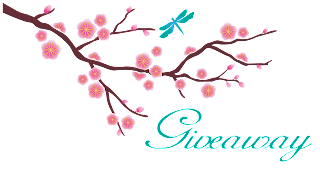