Love and Truth by Kathryn Vance-Perez

Eighteen-year-old Nicole Harrison has spent her high school years devoted to academics and dance, leaving no time for a boyfriend and a life. Her parents’ shocking divorce causes Nicole to believe that true love is impossible to find. After spending her life in a small Texas town, Nicole joins a foreign exchange student dance program in the country where she was born. After years dreaming about her birthplace, she boldly leaves her world behind and moves in with a host family on the island of Okinawa in Japan. She anxiously awaits a year of improving her dance technique while enjoying a world of new experiences

Jonathan Hayes was born to a Japanese mother and American Marine father via a surrogate in the States. After his father’s tragic death in Iraq when Jonathan was only a baby, his mother moved them back to her home in Okinawa. As a child, Jonathan’s mother immersed him in American culture to honor his father. His good looks and immense musical talent have left him with no shortage of female admirers. But after a bad break-up from his girlfriend of two years, Jonathan plunges into a playboy lifestyle that leads him along a destructive path. As his wounds begin to slowly heal, he tries regaining his self-respect by living on the straight and narrow. But his heart remains closed to the idea of love; that is, until the night he sees the beautiful and innocent Nicole Harrison, upon the balcony of his neighbor’s home.

While Nicole tries to navigate an unfamiliar country, she also has to learn how to navigate the unfamiliar and unwanted feelings she’s developing for Jonathan through some very heart-wrenching and trying times.

Will her fears push him away, or will Jonathan show her the truth of loyal love…

Nicole is a ballerina from Texas, who has always just focused on her dancing.  After high school she moves to Okinawa Japan for a dance program where she will live with a host family.

Kathryn Vance-Perez’s writing style had me experiencing Japan.  Through her eyes my imagination was captivated.  She described rooms, gardens and beaches with such ease I felt like I was traveling there through her eyes.  She turned a place I only ever saw in my imagination as a military base into a beautiful vacation spot.

One of the most beautiful things about reading is when an author takes you to a destination  that your mind will now see that way forever.

Nicole meets Jonathan very quickly.  It is an instant attraction.  This is Nicole’s first love and she is guarded and nervous about it.  Jonathan sees Nicole on the balcony and it is pretty much love at first sight for him.  He struggles with this idea of trying to do what is right by Nicole and in doing so he pushes her away.  It is the fight to hold on that holds this together. 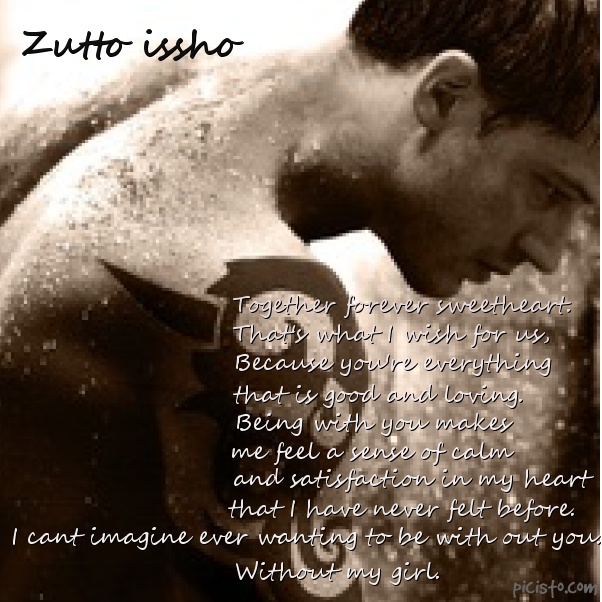 Beside a ton of swoon worthy lines there were other things that the author did that just made me smile.  Nicole was reading a book, and it was inferred that she was reading Slammed.  I love when authors subtlety pay respect to other authors books.  It makes me smile.

There was also a kick ass best friend.  That relationship is pivotal for me in so many ways and I loved Nicole’s bff.  She has great advice, is sassy and a bit of a horn devil and I loved her.